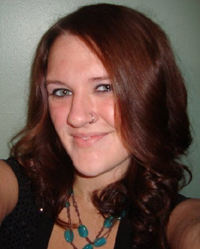 My name is Jenny Smedra and I am currently teaching English in the city of Merida, Mexico. I grew up in the Midwest in a very conservative, Catholic family and was the first in my family to attend college. My family was not wealthy by any means and I worked my way through college to pay my expenses. After completing my bachelor’s degrees in Latin American History and Secondary Education, I decided to continue my studies and pursue my Master’s degree in archaeology. I spent three years living in Belize while conducting my research and studying at the local university. After graduation and several professional disappointments, I decided to continue my travels and teach English abroad.Where, when and why did you move abroad?

Prior to moving to Belize, I had never lived outside of Nebraska. I was looking for a new adventure and career when I was presented with the opportunity to join an archaeological dig in San Ignacio, Belize. My first day in Belize was an awakening and I knew immediately I wanted to move there for an extended period of time. I returned home to save money and settle my affairs before returning to the same project in the summer of 2009. I was presented with the opportunity to be a part of the new pilot program for a Master’s Degree in Anthropology through the local university. For me it was the opportunity of a lifetime, so I accepted the offer without hesitation. After a two week trip home to pack my things, I was enrolled in the new program by fall 2009.

I arrived in Belize with a whirlwind of excitement on the winds of change. I had left everything behind to pursue my dream; when I first arrived, I was on cloud nine. Everything was new and exciting, but after a few months reality set in and problems started to arise. I soon realized that I couldn’t go to my parents if I needed help and had to start figuring things out for myself. The first incident which brought me crashing back to reality was when my computer needed repairs. I went to several “professionals” who stole my money and never even fixed the problem. I finally had to travel 12 hours by bus to reach Mexico to get the parts I needed to ensure I had my laptop
for classwork.

There were other quirks you had to adjust to, but I loved the simplicity and quality of life. I learned how to shop in the local markets and that you had to go to several different stores to get all your groceries for the week. I adjusted quickly, but the thing I had the most difficulty adapting to was that everyone I had made friends with kept leaving Belize. Whether they were travelers, fellow students, or native Belizeans, it seemed everyone left at some point to either return home or find better opportunities. This became very lonely over time and I became more introverted, not wanting to say goodbye after only a few short months.

The university I attended was very accommodating and provided a lot of support to its international students. There was one lady in the registrar’s office that was truly my saving grace those first weeks in Belize. Given my short time frame, she found me a house and even went to visit and send pictures while I was still in the US. She went above and beyond to ensure that I had appropriate accommodations when I first got there. I soon realized that the living accommodations weren’t ideal since I was living with an elderly lady and realized I needed to move.

I found my next accommodations by networking and asking my Belizean friends for help. In a few weeks, one of my friends let me know that they had a room opening up in the house he lived at. I was soon moving into to a house full of native students and was fully immersed into my new life. All the other housing I found from this point on was found in the same manner, by word of mouth. Belize is such a small country, that once you have friends, they will access the “grapevine” to help you out.

San Ignacio attracted travelers of all shapes and sizes. It is a major backpacking hub and tourist destination because of its proximity to the ruins and ecotourism destinations in the Cayo district. Since it is the largest village in the area, it also has the most accommodations. This was the central point for all the archaeological projects I was associated with, and the village closest to the university to provide housing for international students. Many tourists, often referred to as “permacationers” settled here because of the natural beauty and the people were so welcoming that they never wanted to leave. There was also a significant retiree population that was drawn by both the simplicity of the village and the raw, natural beauty that surrounded it. Another major draw was the low crime rate in comparison with the rest of the country.

After living in Belize for three years, I can honestly say that some of my best friends and closest relationships are with the locals. Many of them are so warm and welcoming, they will make you feel as if you are part of the family. Don’t get me wrong, there are always a few bad apples in every bunch, but the majority of the local population I interacted was extremely kind. I remember on a few of my journeys, when I had no cash and was in desperate need of a helping hand, it was the native Belizeans, not my fellow countrymen, who came to my rescue

The two things that made the greatest impact for me was the raw, natural beauty and the simplicity with which most people lived their lives. Everything moves at a much more relaxed pace and I was able to escape the hustle and bustle of the US. Everyone was always in such a rush and never took the time to enjoy the beauty of their surroundings. In Belize, most people don’t spend time worrying about what they don’t have, but enjoy what they’ve got. I learned how to unwind and let go of the petty things which don’t make a difference in the grand scheme of things.

There are always benefits and disadvantages of every place you live, but one thing I could not get used to was the “gringo tax.” I ran into this everywhere in Belize; whether it was the extra fees the border agents and police tried to collect, or the higher prices local taxis and business men tried to charge me. What made me angriest was the fact that I was barely surviving as a starving grad student and people were still trying to extort money from me “because I was white.” I think the most despicable display of this is when a young mother has her toddler approach me and ask for money on her behalf. As much I hate this, it is a reality anywhere you go in Latin America.

One piece of advice I wish I could impart to every college student is how important it is to study abroad. Whether you come from a wealthy nation or a developing country, it is important that you step outside your culture and experience something new. I think this not only makes you appreciate where you come from, but also teaches an enormous amount of patience and tolerance. It also creates an immense amount of empathy for visitors to your own country. The world is a big place so you should get out and explore it.

After all my experiences, I have caught a serious travel bug. I’m not sure where my career path will take me, but I know that I want to continue traveling and experience new cultures. I am extremely satisfied teaching English and I think that I learn more from my students than they do from me. I could see myself making a career of teaching English since there are endless opportunities across the globe. It allows me to combine two of my greatest passions; travel and culture. I think our next adventure may take us to a new continent, maybe somewhere in Asia or South America. Who knows??