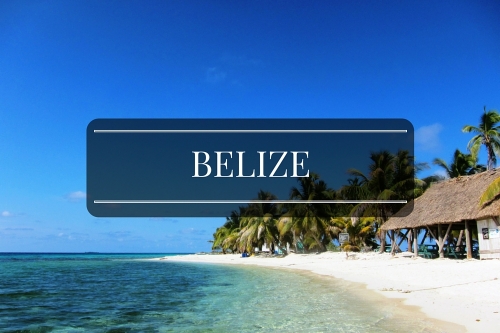 At Expat Focus, we like to be on the lookout for resources around the web that could help prospective expats adjust to their new countries. Today, we’re taking a look at Belize and some of the blogs that might be useful for expats there.Letters to my friends back home
http://www.letterstomyfriendsbackhome.com/

Carrie’s big move to Belize didn’t work out the way she had planned. Instead of building a jungle home on the mainland with her husband, they broke up. Now based in San Pedro, she has finished island hopping up and down the coast with a luxury sailing company, and now works as a bar manager. Delve through Carrie’s blog archives to follow her journey, numerous jobs and swoon over her cute animal photos. She has a refreshing “just roll with it” attitude to life.

What happens when you lose a spouse as a Belizean resident and a US citizen? Coleen Holley had to find out following her beloved husband’s sudden death from a massive heart attack. Previously keeping a blog on Discovering Belize, Coleen uses her new site as an outlet for her grief. Expect raw emotion, recounts of her tough slog through US and Belizean bureaucracy, and the ongoing process of tying up her husband’s affairs. Coleen’s taking it day by day as she adjusts to her ‘new normal’ as a widow in Belize.

Is this the definition of living the retirement dream? Ex-publishing career man John cheerfully blogs about golf cart and veranda (“the western, lagoon facing, one”) life in Ambergris Caye. Having tripped to Belize numerous times before their permanent move, he and wife Rose are a wealth of information, particularly for those looking to follow their path and build a forever home on the island. John incorporates song titles into each post – along with artist details at the end so you’re not left hanging.

Rebecca’s daily blog is a comprehensive guide to San Pedro and Belize. The ex-New Yorker doesn’t hold back in her updates, and you’ll find her site to be a great resource whether you’re looking to relocate to the country or just take a nice tropical holiday. From bars and nightlife to places to stay, shop and see; Rebecca provides a treasure trove of information. Her photos and ‘Scoop approved’ places to visit make you want to ditch the pressures of the city for island life right away.

Follow the musings of Laura and her husband as they run a small resort on the Caribbean Sea – it’s a long way from their previous life in chilly Cleveland, Ohio! Their blog boasts “the most up-to-date, comprehensive list of FAQs about travel to Placencia” along with other practical information such as airport driving directions (rely on Google Maps at your peril!) and a step-by-step guide to taking your dog to Belize from the US.

David and Elizabeth Wright left their US-retirement comfort zone and moved to Corozal for an adventure. They chronicle the ups and downs of living in a developing country and adapting to a new culture. Elizabeth has compiled a great list of recommended businesses and recipes using local ingredients. There’s also her spin-off cooking blog The Wright Table to peruse. Read about the couple’s quest for permanent residency and Belizean drivers licenses, keep up with their remodelling projects (including a stunning new pool) and other tales of retired life in tropical paradise.

Dave and Dianna take an honest and straightforward approach to blogging about life in the non-tourist town of Corozal. They detail the various developing world challenges they encounter, and how they work around periodic shortages of everyday items that we come to take for granted; think coffee and light bulbs. While there may be hurdles from time to time, the couple sees it all as part of the grand adventure of living in Belize.

The original Belize blog since 2007, Laurie Norton aka ‘Tacogirl’ has featured widely in the travel press and sees herself as a resource for tourists and fellow expats alike. The Lonely Planet Blog Awards winner has you covered; whether you’re planning a permanent Belizean move and want to understand what you’re in for, or are simply wanting some great food and nightlife recommendations. Tacogirl adds an education and awareness flavour to her blog with posts such as ‘Seafood Guide for Fishing in Belize’ and she warmly responds to queries from readers looking to make Belize home.

In fact, Bob and his wife are already in the country, embracing a less stressful and more affordable life. The former journalist has his finger on the pulse of the most important issues within the local expat community (see the very funny ‘toilet paper-gate’). Enjoy plenty of daily life-style commentaries of social events, cycling, yoga and pilates with some added food for thought. Bob doesn’t shy away from pointing out that sometimes, paradise can be ugly.

British expat John began his time in Belize as an IT adviser at the Belize Council for the Visually Impaired, and stayed on after his volunteer stint was over. Currently exploring Central America, blog ‘highlights’ include having his passport and bankcards stolen, and the stressful weeks that ensued. The episode will certainly make you think twice before leaving your gear on a rock for a spot of waterfall swimming! A mix of stories, information and general musings, John light-heartedly warns readers that his blog contains mature themes, long words and strong opinions.

We’re always on the lookout for more sites to feature – if you run a blog about living in Belize, leave us a link in the comments and we’ll take a look!