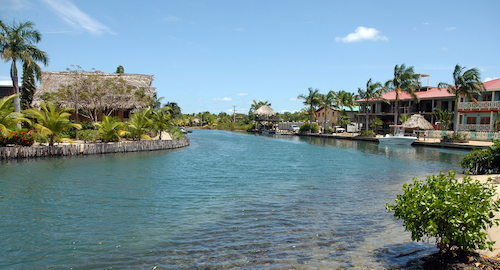 Belize is a beautiful country in Central America with a rich history and outstanding nature. Its biodiversity is a big draw; the jungle is packed with rare flora and the surrounding ocean waters are teeming with coral reefs and tropical marine life. With a Caribbean coastline, Belize has all the sunshine and relaxed atmosphere you would expect. However, is it a viable home for working expats? In this article, we take a look at the job market in Belize, what the popular industries are, what is highly in demand, and what sort of salary you can expect.With a population of approximately 374,681, Belize isn’t exactly a thriving metropolis with an abundance of occupational choices for expats. That said, if you work in a niche industry with special or technical skills, you can happily make a home here. To give some insight in terms of the workforce and employment climate: the literacy rate in Belize is around 82.68% and the average Belizean earns USD$800 per month. Of course, salaries vary according to profession. Currently, unemployment in Belize is about 6%, but many economic models predict that this will rise to 12% by 2020.

A popular industry for many international workers in Belize is the education sector. The government has made education and teaching much more of a priority in Belize in recent years, with more investments in public schools. English is one of the official languages of Belize (along with Spanish) and most schools conduct the curriculum in English.

Going into the medical occupation in Belize is one of the better paid options for expats, and the work permits are generally easier to obtain than for some other jobs, where you may experience a fair amount of red tape. Those who specialise in specific areas such as tropical diseases may find a particular niche in a medical or public health profession in Belize.

Conservation is huge in Belize. There is an abundance of protected marine parks and wildlife sanctuaries in the country. The government are keen to protect the local flora and wildlife, and have garnered lots of attention for their efforts in marine conservation over the past few years. For those qualified in conservation, this could be an endlessly interesting locale in which to base yourself.

Non-governmental organisations or NGOs are another popular sector for migrant workers in Belize. They largely tend to focus on core areas such as environmental health, education or child protection. Whilst Belize has been making progress, it is still very much in need of the services of NGOs such as UNICEF to help eradicate child poverty, push education and further reduce the under-five mortality rate, which is largely due to the lack of immunisation against preventable diseases.

Jobs High in Demand in Belize

The biggest economic sectors in Belize are tourism, agriculture and the service industry. Management level experience in any of these fields is most likely to stand you in good stead, while entry-level jobs in such sectors are more likely to go to local Belizean workers. Of the aforementioned popular industries, the most sought-after are education and medicine. Engineers are also needed in Belize.

The minimum salary in Belize is BZ$3.30 per hour (approximately 1.65 US dollars), which equates to roughly BZ$321 dollars per month. However, the average wage is of course higher than the minimum, sitting at about BZ$1,611.72 a month (equal to around USD $800). International workers tend to earn more than the average Belizean person.

Teachers
The average salary for a high school teacher in Belize City is BZ$23,999 per year. Teachers who work in public schools can expect to earn less than those working in private schools.

Engineers
A mechanical engineer would usually earn BZ$175,899.92 a year in Belize. Electrical or software engineers can expect a wage around the BZ$81,593.32 mark.

Have you lived in Belize? Share your thoughts in the comments below, or answer the questions here to be featured in an interview!