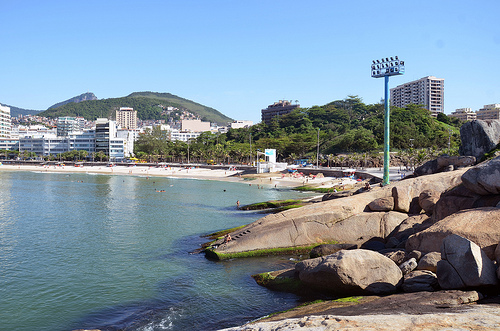 Brazil is famous all over the world for its beaches, its music, the Carnival, cachaça, coffee, and football. Those who are a bit more familiar with the country also know that it’s one of the fastest growing economies, as well as one of the world’s emerging global powers.Some might also be aware of a few of the potential downsides of living in Brazil – the high rate of crime (especially violent crime), the language barrier, the stifling heat (across most of the country and for most of the year), and so on. However, there are a number of facts about Brazil that you are unlikely to hear from anyone, and that are important to know if you’re seriously considering moving there.

We asked Josh Plotkin from Brazilian Gringo about some of the common misconceptions people hold when they’re planning on moving to Brazil.

“The biggest mistake I see people making is trying to plan linearly when they move to Brazil.

Your plans are not going to turn out the way you want them to. The more you try to plan, the more Brazil will laugh at your plans and send you back running where you came from.

This can be a blessing or a curse, depending on how healthy your mindset is. Be prepared for your life to move in an unexpected direction if you move to Brazil.”

So what can you do to make your transition smoother?

Learn Portuguese
It’s almost impossible to get by in Brazil without knowing Portuguese. Most people are aware that Portuguese is the language spoken here (the Brazilian variant of the language, of course). However, what most outsiders don’t realize is how rare it is to find someone who speaks English here.

The only other language you will commonly encounter in Brazil is Spanish. In most parts of the world, you can manage quite well without knowing the local language, or at least with a few basic words and phrases. However, if you move to Brazil without knowing either Portuguese or Spanish, you’re in for an extremely difficult time. Many expats also complain that even when they know a bit of Portuguese, they find it exceptionally difficult to make themselves understood to the locals. If you’re serious about moving to Brazil, you must make it a point to become reasonably fluent in Portuguese.

Budget carefully
Brazil is expensive. Most people tend to believe that life in a Latin American country will be cheaper than in their home country. This may have been true at one time, but not any longer in Brazil. Housing is particularly expensive, but nothing else is cheap either, and high taxes are partially responsible for the hike in prices. By some estimates, the major cities in Brazil can be as expensive as a city like London, for example, but without the infrastructure, the safety, the range and quality of products, and the customer support.

Be prepared for lots of paperwork
The bureaucracy is massive, it’s everywhere, and it can be incredibly frustrating. It’s also complicated and confusing, starting with the visa rules themselves, all the way to eligibility for and access to the healthcare system, and an assortment of mundane, daily things. You’ll also require some form of ID for the strangest, most unexpected things, such as ordering food online, buying a bus ticket, and buying a local SIM card.

Stay safe
The high crime rate may affect your life more than you’re expecting. Brazil’s crime rate is no secret. However, the usual advice for expats in situations is to live in a good part of the city, be cautious, and be smart. In Brazil too, this advice will keep you fairly safe, but the fact is that it will cramp your lifestyle to some extent. So much of Sao Paulo is unsafe, for example, that you will need to restrict yourself to less than half the city. It’s possible that you will never encounter anything more than a pickpocketing incident or a minor street scam, but many expats get frustrated with the restricted lifestyle they must lead.

And one final tip from Josh:

“Connect with the right people.

Who are the right people? Depends on who you are and what you’re trying to do. Find people like you. It’s really easy to meet people if you show an interest in their culture and seek to add value to their lives.”

Moving to a new country can be a daunting experience, but as long as you’ve made the right preparations there’s no reason why your new life shouldn’t be enjoyable and satisfying. There are plenty of fascinating, wonderful things about living in Brazil, and hundreds of expats live there very happily. The important thing is to know what you’re getting into – the good and the bad – before you actually make the move.

Have you moved to Brazil as an expat? What did you find surprising or challenging? Share your thoughts in the comments!