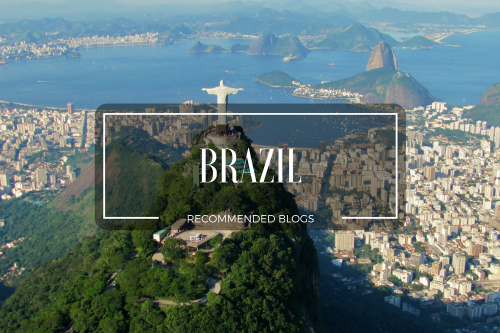 At Expat Focus, we like to be on the lookout for resources around the web that could help prospective expats adjust to their new countries. Today, we’re taking a look at Brazil and some of the blogs that might be useful for expats there.Life is Grando
www.lifeisgrando.blogspot.com

Katie’s move to Brazil was a few years in the making, but her three years as an expat have still not been without their challenges. Overcoming the language barrier and giving birth abroad are just some of the topics this Australian writes about. You really can see the real Brazil through this expats eyes, food and views interspersed with chatty stories of the surprises of Brazilian family life when you end up living with your in-laws.

A full time mum to three young children, Ro uses her blog as a creative outlet through which you can catch glimpses of her life in Brazil, and beyond. A foreign service wife who knows that moving every now and then is simply part of her life, she approaches an ever changing expat life with strength and a smile. Her pros and cons of living in Brazil make great reading for any expat thinking of making a move and her photos speak for themselves.

In her own words ‘Author. Expat. Mom. (not necessarily in that order)’. An honest and well written expat perspective on being the foreigner, learning a language and raising a bilingual child. Her life in Brazil is filled with humidity, beaches and random thoughts, all of which she manages to convey with ease to the reader. If you’re a budding writer look out for her podcast ‘The Slush Pile’ for advice and inspiration. To any potential expats currently wrangling toddlers or considering a move to Brazil, Brynn has plenty that you’ll want to hear.

This expat ployglot (six languages and counting) blogs in English, French and sometimes Portuguese. Her diary like entries are punctuated by photographs of the world outside her window and cover her family daily life in rural Brazil. This music graduate enjoys translating and sharing music from around the world and comparing her former life in the extreme winters of Canada to the seemingly never ending summer of Brazil.

American born Malvina blogs about her transplanted life in rural Brazil. She writes of culture shock and lessons learnt in a country where her in-laws think she is stark raving mad for running for exercise and eating basil. Her entries range from the comedic to the poetic and as a former activist she doesn’t hold back from more socio-political entries and laying bare the bureaucracy that an expat may face. Follow her journey to find, make and eat 100 Brazilian dishes, the blender cake in particular sounds like a great idea.

What about Sao Paulo?
www.whataboutsaopaulo.com

This blog is an exploration of life living and working in a city that most tourists avoid. Culture shock is still very real for this 30-something Brit, his posts on ‘being foreign’ will make you snort with laughter, but you may have to ignore the bad language if you are faint of heart. Let him convince you that Sao Paulo is a great expat location and learn from his observations and experiences; he shares his successes and missteps unselfconsciously in every post.

We’re always on the lookout for more sites to feature – if you run a blog about living in Brazil, leave us a link in the comments and we’ll take a look!