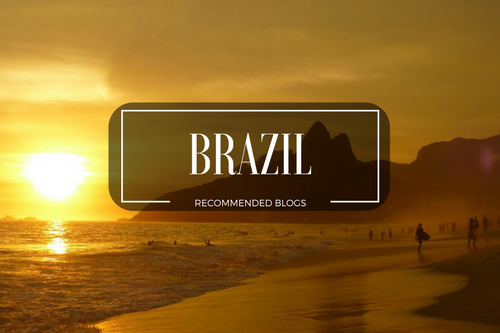 At Expat Focus, we like to be on the lookout for resources around the web that could help prospective expats adjust to their new countries. Today, we’re taking a look at Brazil and some of the blogs that might be useful for expats there.Tropical Teasure Hunter
http://tropicaltreasurehunter.com/

Leaving behind their lives in Switzerland, it only took 3 days for Jenny and Paul to fall in love with Brazil – a move dictated by careers. Exploring the seemingly grey city neighbourhood by neighbourhood, they discovered a culture surprisingly green and clean and full of passion.

Life through the lens of Steven is a riot of beautiful detail, glorious colour and tropical species. Between his lovely images are snapshots of life in Santarém, a small city in the Brazilian state of Pará, where the Tapajós River meets the Amazon. Much like the meeting of the two mighty rivers, his expat view on the local culture is refreshing and direct.

Arriving in Brazil in 2013, this chapter of life for Alex and her husband (not to forget their two Mexican street cats Khloe and Pixie) is a collusion of cultures. Alex grew up in Singapore with a Swedish mother and an English father, only to marry her Peruvian husband and launch The Travelling Chopsticks as a creative outlet. This is their story.

Following the life of a globetrotting family of 5 in the US foreign service, in their blog you will find their experiences, challenges and victories, not to mention impressions as foreigners, spouses, parents, and travellers. Living in the city of Recife is both joyful and surprising to these experienced expats.

The Sun Only Sets Once In A Day
http://daveswworld.blogspot.co.uk/

Dave grew up in small town Iowa only to discover a wanderlust that catapulted him from his family in the United States. Following his partner to the agricultural region of Goiania, Brazil, they began life there nestled in amongst locals, rather than in the usual expat destinations of Rio or Sao Paulo.

Living now in Florianopolis, Southern Brazil, Tadeusz Deręgowski was born in Zambia and grew up in Scotland. He is a successful artist, citing travel painter-diarists such as Edward Lear or Turner, and expressionist painters such as Bonnard or Joan Eardley as inspiration. In his blog he writes about painting, drawing, films, life in Brazil, intriguing stories and the occasional odds & ends.

Travelling the world but with her feet firmly planted on the ground, Ashley left her US home for a life a touch more nomadic. She found herself in Brazil, a country filled with as much music as her beloved New Orleans. Charting her adventures both international and local, this is a fascinating journal.

A Taste of Brazil
https://atasteofbrazil.org/

Moving from Boston, Massachusetts to a small, very rural, organic farm situated in the Serra da Mantiqueira in the south of Minas Gerais, Saskia followed her Brazillian husband to his home after falling in love with the country. As she says “Living in the mountains, experiencing amazing food, friendly people, beautiful beaches, and the lush green was enough to make anyone want to stay here forever.” Her blog is an ode to Brazillian cuisine – exploring the culture through her palate.

Professionally writing about sports for Reuters (alongside sharing his experience of Brazil for international publications) this football addicted author couldn’t help but share stories of life in Brazil – usually the ones that don’t make the international media. He also recounts his thoughts on books that catch his eye.

Covering Brazil from the view of a New Yorker, she may now have moved back to the US, but this gringa’s heart still very much resides in Rio. Still blogging, tweeting and having a job very much based around the country, this is a very real view of the ups and downs of life in the vast South American country.