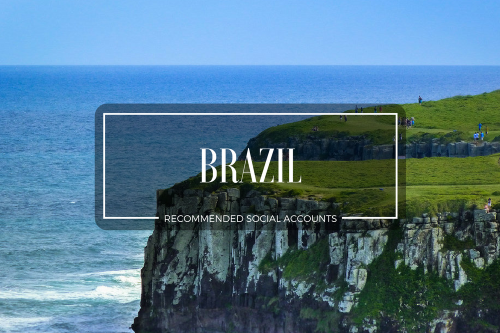 At Expat Focus, we like to be on the lookout for resources around the web that could help prospective expats adjust to their new countries. Today, we’re taking a look at Brazil and some of the social media accounts you should be following if you’re thinking of moving there.Expats and English Speakers in Campinas, Brazil
Facebook Group

Friendly and knowledgeable, you will find a number of long term expats from all over the world here, who are happy to help out newcomers who in turn return to pass on their new discoveries. The group also allows advertising of other more specialist international groups which host events in the local area like hiking trips and cooking classes, perfect for an expat looking to meet new people. Also, an excellent place to pick up a bargain for your new home, from one of the regular expat leaving sales.

Expat life can mean that the foods of your homeland are no longer available in your new country, substitutions and home cooking can be the best way to get that taste of home, so this group is here to help. It’s not surprising that you can find the answer to just about any question in this almost 1000-expat-strong group, and if you can’t find the answer, simply ask. A wide collection of documents can be found under ‘files’, from recipes to translations to where to find exactly what you need. Do not read whilst hungry.

The group was created to share information in a place that is open to all. Every experience is welcome, good or bad, and there is no such thing as silly question here. Over 500 likeminded expats ensure that the group is a welcoming and helpful environment where connections can be made, which is particularly important for any new expat in Macae.

Having lived in Brazil for over 30 years, American Gene is extremely knowledgeable about most elements of Brazilian culture. Politics and daily news is what interests this expat both at home and abroad. His frequent tweets about the positive and the negatives of life in Brazil, compared to the USA, would prove interesting and thought provoking for any aspiring expat.

Bilingual tweets (translation from twitter available) from this expat in São Paulo. An eclectic mix of news, fashion and parenting run through her feed, giving a glimpse at the mind of a expat making her way in a foreign country. Happiness = reality – expectations is the mind-set that she lives by, one any expat might want to adopt.

American expat Cynthia has been living in Salvador for almost two years. Mother of four and grandmother of two, she is always open about the emotional challenges of expat life. Twitter has even allowed her to support and be supported by her fellow Americans, especially through difficult times. Her enthusiasm for technology too is plain to see, and unsurprising since she is the Technology Director at the Pan American school of Bahia Escola.

A gaming content creator by day, this American expat definitely enjoys taking his work home with him. His linked Instagram account gives a glimpse of newlywed life in Brazil and beyond, and heavily features the adventures of his four legged friend too. An enthusiastic New York Mets supporter, he is able to follow his team and show his support virtually, and even occasionally pick up some merchandise in Brazil.

German physicist Carsten shares his life in Rio de Janerio in 140 characters or fewer, along with many accompanying photographs. His passion for biking and trail running mean that he gets to take some stunning shots and show off the lesser seen side of Brazil. With two kids and a cat in tow, his sense of humour is well used and he is the first to point out that life isn’t always sunny in Brazil.

An Estonian eye view of life as an expat in São Paulo. This newlywed couple are enjoying life with their adopted dog, Amora and post stunning shots of their views in and around Brazil. Learning valuable life lessons and surviving culture shocks is all in a day’s work for this adventurous lady and she enjoys sharing her stories of laughter, self-doubt and having two home countries.

We’re always on the lookout for more accounts to feature – if you write about living in Brazil on social media, leave us a link in the comments and we’ll take a look!