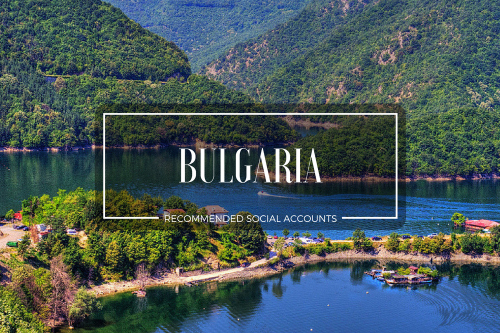 At Expat Focus, we like to be on the lookout for resources around the web that could help prospective expats adjust to their new countries. Today, we’re taking a look at Bulgaria and some of the social media accounts you should be following if you’re thinking of moving there.British Expats in Bulgaria
Facebook Group

Everything you’ll need to know about expat life in Bulgaria. An extensive range of regularly updated documents, covering most elements of life in Bulgaria, can be found under ‘files’. Whether you are looking for property, recommendations or to meet up with some like-minded expats, this group is a great place to start.

A growing and active group that is welcoming to both expats and natives alike. Questions are answered quickly, international get-togethers and events are posted frequently and everyone is welcome to attend. The admin of the group even runs a very helpful expat blog, which contains everything a newcomer needs to know about settling in to Sofia.

A friendly and supportive community of expat families navigating the ins and outs of the Bulgarian school system and life with children and teens away from family and friends. An absolute goldmine of information is maintained and frequently updated in the documents of this group, from childbirth to scholarships, you’ll find it all here.

British singer/songwriter and teacher Jonathan has an eclectic range of tweets to share with the world. Some straddle both his worlds; he enjoys teaching English using music and has many useful tips for current and prospective foreign language teachers out there. His raspy tone suits his acoustic folk pieces beautifully and although he still struggles with Bulgarian he peppers his songs with what he knows. For honest views on Bulgaria and its people, look here first.

Account connected to the online magazine ‘Foreigners & Friends’ that is based in Sofia. Available in English and German, this account covers everything from current affairs to culture and expat life. Written by expats and locals, you can benefit from a range of individual experiences, not merely a limited few. These tweets paint an interesting portrait of a country with a growing English speaking community.

British expat Kerry, curator of The Ferguson Free Press, shares world issues and local Bulgarian news through her feed. Look out for regular updates from her furry friends Lily and Tzar, who enjoy exploring the country just as much as their owner does. Always one to find out what’s going on in the local area, any expat will benefit from her recommendations.

Marie hails from a small village near Strasbourg, France and is currently living in Sofia. Having moved to Bulgaria in 2014 she enjoys sharing her discoveries and insights into expat life, whether they be positive or negative. Her journey of learning the language is particularly interesting and a must read for any expat considering a move. Her Instagram (of the same name) is simply stunning; well worth a look if you are looking for a stylish take on Bulgaria.

The official account of the British Ambassador to Bulgaria. Not just politics but a glimpse into life as an ambassador who plays an active role in the British and Bulgarian communities. Her commitment to strengthening ties between the two countries and encouraging the integration of expats is interspersed with pictures of the delights of the Bulgarian countryside and the expat life of a young family.

We’re always on the lookout for more accounts to feature – if you write about living in Buglaria on social media, leave us a link in the comments and we’ll take a look!