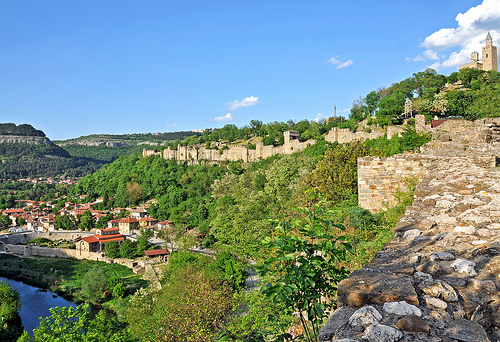 Life in Bulgaria comes with plenty of benefits such as a stable economy, good employment opportunities, a pleasant climate, natural beauty and a relaxed way of life. As a result, most major cities and towns in Bulgaria have significant expat communities. Bulgaria also has a reputation of being a peaceful country where wars have not occurred in many years, natural disasters are not commonplace, and where the local population is friendly and welcoming.

But what challenges will expats face when moving to Bulgaria?Crime
Bulgaria is generally safe for expats. Foreign citizens, businesses or organizations are rarely targeted. Most occurrences of crime are restricted to the large urban areas. Since Bulgaria’s geographical location places it between the Middle East, North Africa and Europe, the country serves as a major exterior border of the European Union. Smuggling and illegal migration continue to be issues for law enforcement authorities. The ongoing Syrian conflict has led to a spike in migration, and since Bulgaria already has its own problems with housing and poverty, the new situation has drawn political criticism from ultranationalists, a group that is small in number but does influence the stability of the present parliament.

Most locals will maintain that they have experienced one type of crime or another, but these are rarely violent or serious crimes. However, it helps to be aware and cautious in certain locations and circumstances. For instance, the ghettos in the big cities can be places of criminal activity, and it’s advisable to avoid going to these places, especially at night. Conflicts may sometimes erupt in bars and nightclubs, usually because of drunkenness. The more exclusive nightclubs are generally safe.

At train and bus stations, which tend to be crowded, pickpocketing is common. Football matches can get unruly quite easily, and it’s best to avoid these if possible.

Organized crime in Bulgaria has always been a challenge for the authorities. 2010 saw the arrest of four gangs involved in organized crime, and ever since, the incidence of such activity has decreased to some extent.

US law enforcement statistics place Bulgaria as the number one source country for ATM and credit card related crimes in the world. Organized criminal groups in the country make their own card skimming devices and send teams to other countries. Domestically too, such activity continues, especially in places like Sofia, Varna and Burgas. The main places of target are the high volume ATMs around shopping centers and tourist areas.

Civil unrest
Protests are common, especially in Sofia. These protests usually stay non-violent, but expats should avoid the locations where protests are taking place, as the crowds may sometimes become disorderly. Most of the anti-government protesters maintain a mutually respectful relationship with the police, and even point out unruly elements to law enforcement officers.

Road safety
The roads in Bulgaria are mostly underdeveloped, except for the main roads and highways. Traffic in the major cities can be dangerous due to reckless driving. Since drivers sometimes don’t stop at zebra crossings, pedestrians need to careful when crossing the street. Expats who will be driving on Bulgarian roads may take a while to become accustomed to the aggressive driving of many locals. Traffic rules are regularly flouted and altercations between drivers are common. But these altercations are usually restricted to verbal aggression and swearing; violence rarely occurs in these cases.

Climate and natural disasters
Bulgaria does not witness many natural disasters. There are occurrences of floods and earthquakes, but these are of low intensity. Winters in Bulgaria are known to be severe and such weather tends to also be unpredictable. Expats should carry warm clothing in preparation for these months. Checking the weather forecasts is a good way to stay prepared for harsh weather. Snow slides can occur in the mountainous regions during winters. Expats who are visiting these areas are advised to stay near the resorts and huts.

Health risks
Those visiting or moving to Bulgaria are not required to take any specific vaccinations. The main health risk in the country seems to be the flu, which is very common during the colder months. Cases of food poisoning are also quite rare.

Have you moved to Bulgaria as an expat? What do you find challenging? What do you love about living there? Let us know in the comments.