Home Portugal Or Spain Which Would Suit You? Portugal

Portugal Or Spain - Which Would Suit You?

The world is brimming with possibilities; you can make a home anywhere you desire. From finding comfort in an unknown land to exposing yourself to a cultural shock and learning to empathize with the differences that unite us, expat life can be both exciting and challenging. Travelling to and settling down in another country brings with it its own set of inspiring and unexpected adventures. If you’ve got your list of possible destinations, it’s time to take a leap of faith, and land in a new world that you think would best favor your lifestyle. It’s decision time.

Spain or Portugal? The large, laidback landscape of uninhibited love? Or its lively and vibrant little neighbor? That is the question. Read on for a breakdown of these two popular Iberian countries, which are located on the Southernmost tip of the European Continent. If you’re an expatriate who loves beaches, good food, great architecture, a little history and a lot of football, the choice between these two countries will be tough! However, consider all that’s awaiting you there, and by the end of this article, you’ll hopefully be better prepared to decide on which country to spend the next few years of your life.

Holding an enviable position on the world map, Spain is the only European country to share borders with an African country – Morocco. However, weather conditions throughout the country are variable, to say the least. Spain experiences four main climate zones as a result of its diverse land mass, which includes mountainous terrain and an almost 5000 km-long coastline. While the country gets colder as the altitude rises, the inland areas of Spain will experience the hot summer Mediterranean climate. Certain areas on the south-eastern coast of Spain and eastern parts of Canary Islands have extreme hot and cold desert climates. Further, the Canary Island regions are one of the driest places in Europe.

Portugal, on the other hand, faces a more uniform climate throughout, with summers receiving cool and pleasant sea breezes, while the winters are wetter. The climate of Portugal is characteristically Mediterranean, with warmer weather than the rest of Europe. It snows regularly in the north from October to May, and in central Portugal during winter. In the south, snow is usually found at high elevations during the winter. In an average year, Portugal receives 2500-3200 hours of bright sunshine. So if you want to enjoy the European climate but from a safe distance, Portugal is your answer. However, if you're looking for a rapid change of seasons, Spain is your best bet.

Over the past decade, Spain has lost many job seekers, as they have travelled away to increase their skillsets elsewhere. However, the country has recently begun a new journey, giving the economy a face lift. Startups in the big cities have begun to crop up, there is a revival of factory based work and the younger generations have rediscovered wine production and exporting. Expats from around the world are now coming to Spain to work. If you have an interest in the food and drink or hospitality industries, this could be the location for you. The cost of living as compared to the USA is an impressive 44 percent less, but there is no compromise on the quality and standard of living, with easy and affordable access to social activities and healthcare. The public transport system of railways and buses is cost effective and comfortable, even to travel across the country. 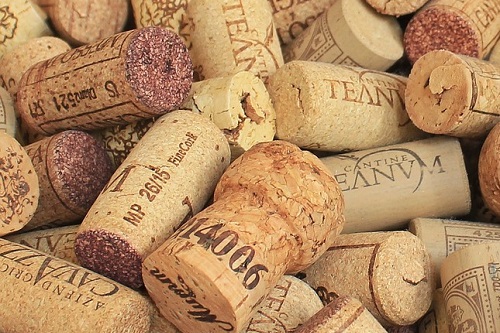 Portugal has a thriving cork industry

In contrast, Portugal’s economy is more confident, and currently has many opportunities. The economy here is growing significantly thanks to increased tourism as well as the country’s cork industry, which produces half the world’s commercially used cork. The cost of living in Portugal is 48 percent less than that of New York. The standards of basic health and education are reputable. Food and clothing are reasonably priced. When it comes to cost of living, both these nations are great for expats.

Spain has a rich cultural history, and is third on the UNESCO list of heritage sites, behind only Italy and China. The country’s buildings, paintings and influences go back to the 7th Century. Living in this country would give you lots of opportunities for exploration of stunning monuments, architecture and cultural influences from the times of the Renaissance, interspersed with the beauty of the Baroque and the passion of the Gothic styles.

Modern day Portugal sports the colors and shapes typical of many a modern city. However, this city was once a place full of fairytale castles, palaces, and grand monasteries. Vintage furniture from those times can still be found in homes and hotels. Narrow streets which were once pathways for nobilities are today secret walkways for you to enjoy on a lazy evening. Fountains and ornate terraces overlook modern architectural wonders. The two countries offer a choice between world-famous history or the hidden charm of cobbled streets; you can decide which would suit you best.

If you decide to move to a new country, it is imperative to know all the places that are worth visiting. For those heading to Spain who enjoy nightlife, the beach town of Ibiza is always in high spirits and has plenty of party spots. Costa Brava, which has the most number of Michelin starred chefs from Spain, is a foodie’s paradise, and the sights of the beautiful coastline are not to be missed. Cantabria presents a marriage of mountains and beaches which are beautiful in both summer and the winter. 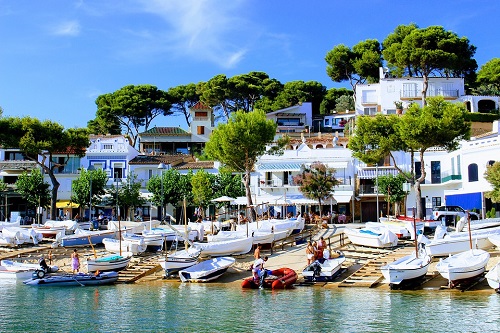 Spain's Costa Brava is a beautiful and popular expat destination

If you're visiting Portugal for the cobbled pathways and Gothic Cathedrals, head to Lisbon. To experience what it feels like to stand proud at the top of a castle and then feel humbled by the town sprawling and growing below you, head to Castelo de Vide. Located at the foothills of the Serra Sao Mamede region, this quaint town in Portugal is a must visit. However, if you're looking for a taste of the Mediterranean climate with its vast beaches and fabulous cuisine, the Algarve is the place for you. This region boasts vast groves of olives alongside whitewashed rural scenes which suddenly transform into the wild coastal cliffs.

If you know how to celebrate, dine and relax, you will enjoy the Spanish way of life. The Spanish world is extravagant in its celebration of traditions and festivals marking events of historical and religious significance. Loud music, flamenco dancing and bull fights are a part of life in Spain. However, while the Spanish take their festivities seriously, they also enjoy lying back and taking an afternoon siesta in the sun. As the big cities become busier and move away from this tradition, people in the smaller towns and villages still return home for this afternoon sleep.

Portugal also is known for its festivities, for decking the streets with flowers and lights, and for celebrating Christmas with great gusto. The carnival of Lent is hugely popular, and the locals take great pride in holding big feasts once Lent is finished. Sand sculpture festivals on the beaches attract artists and punters alike. A style of folk dancing known as ranchos, which originated in farming communities, is very popular in Portugal.

The chocolate culture of Spain is one example of why the country draws more and more people to it every year. Served hot, cold or with chili, chocolate in Spain is not just a dessert, it is considered to have medicinal properties. Tapas is also sure to become a staple on your diet if you move to Spain, the beauty of which is that it is not limited to any fixed ingredients, form or style. Specially cured hams are a Spanish specialty that are now finding their place all over the world.

It may be challenging to live in Spain if you are a vegetarian, since there is a lack of meat-free food in the Spanish cuisine. However, in recent times, due to the increasing popularity of vegetarianism and veganism, bigger cities like Madrid and Barcelona have more restaurants serving such options. Hundreds of varieties of olives and olive oils grown and produced in Spain form part of the locals’ healthy diet and also contribute to the export economy. Thanks to the easy going and laid back lifestyles of the Spanish people, dining times are flexible, and breakfast is usually available till 12pm. If you like to eat in solitude, you’ll easily find a quiet lunch at 1pm, since not many locals eat that early. 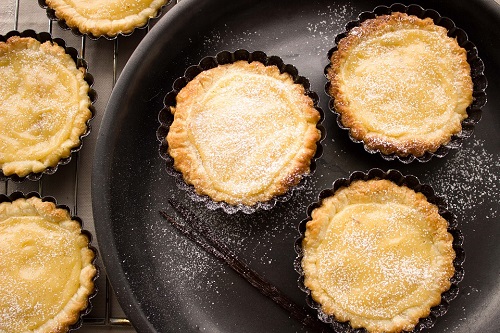 In recent times, Portugal’s reputation for food has been leaving Spain behind. The seafood found on the Portugal coastline has found many takers, including celebrity chefs from around the world. The salted dried cod known as bacalhau can be cooked in so many ways that if you visited every house in the country, you’d find a different version. For a relaxed evening meal, you can expect a Portuguese clam based dish served along with a cold beer. Portugal is the destination of choice for people who appreciate good seafood. There is also an impressive variety of bread that people all around the country savor as they sip on their favorite wines.

In terms of communication, Spanish is the most widely-spoken language in the world, although it has many dialects and forms. It is easy to take a Spanish class and then speak with the kind, warm locals, who are welcoming and understanding when you do not get their language absolutely right. Local people will be happy that you are making the effort.

On the other hand, Portuguese is considered the easier language to learn.
Both countries are excellently linked to the rest of Europe, and homes in both are equally sought out throughout the year by both locals and expats. If you are looking for a quiet retirement life, then the villages of Portugal paint a better picture. On the other hand, if you’re looking for a busy social life, Madrid and Lisbon are both great options.

So take your pick, and set off on your adventures. Choose from the two most picturesque and exciting destinations of Europe and pack your bags. ¡Buen viaje and Boa viagem!


Do you live in Spain or Portugal? Share your experiences in the comments below, or answer the questions here to be featured in an interview!
Read more Portugal living articles or view our latest Portugal articles
Discuss this article in our Portugal forum or Facebook group