Home The Expatriate Archive Centre: A Dutch Home For The Stories Of Expatriates Worldwide Netherlands

The Expatriate Archive Centre: A Dutch Home For The Stories Of Expatriates Worldwide

In 1992, as the Royal Dutch Petroleum Company (also known as Shell) prepared to celebrate its centenary, the wives of several senior expatriate employees felt that they too deserved recognition. These wives had made this success possible, after all. They had supported their partners each step of the way, adjusting family life as best they could to new and challenging territories, where oil was rich but creating a home was daunting. Their stories deserved to be chronicled.

These women initiated a call-out to other Shell spouses in 80 different countries, asking them to share their experiences. When this resulted in mail boxes bursting with material, the wives knew they had struck something special.

An anthology titled ‘Life on the Move’ (1993) was published, and the response was overwhelming. “People loved the book,” explains the centre’s PR Manager Sarah Bringhurst Familia. “They had never seen their experiences and experiences of people like them in print and acknowledged as important and as worth remembering.”

It soon became clear that the material gathered was important social history and would be of interest to academic researchers. Therefore, this material needed to go beyond the Shell community. In 2008, the Expatriate Archive Centre (EAC) was founded in the Hague to preserve the fascinating stories of a diaspora of international men and women who have made temporary homes abroad.

Despite the success of ‘Life on the Move’ and subsequent publications, expatriates are often surprised that their accounts are of value, says Sarah. “There are a lot of people who say, ‘Oh well, I am an expat, but my story is not that interesting…’ But then they start talking and you hear that they’ve had these amazing experiences.” 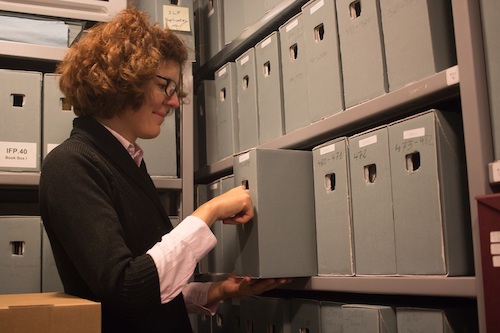 Indeed, some of the archive’s most interesting items have been chanced upon, their value unappreciated by their owner. Battered suitcases full of letters and pictures documenting an expat’s life in Venezuela, for example, were found on a bric-a-brac stall by an amateur historian. Some detective work followed and a surprise knock at the door saw the suitcase reunited with their elderly owner, who was astonished to hear of the archive’s interest in his story. Touched by the interest, he offered his unpublished memoirs, and these were added to AEC’s treasures.


Challenges Of Life In A New Country

Today, we have websites like Expat Focus to help us navigate life as a newcomer but, as the archives testify, relocating was once a much tougher experience. “People would move, and they had virtually no information about the country,” explains Sarah. “They had maybe a brochure from the company, but they couldn’t research it on the internet, there weren’t Facebook groups, and so they’d arrive and literally be starting from scratch.”
Regardless of the historical context, Sarah – who has lived in four different countries outside her US homeland – is always surprised how much each story resonates with her as an expat. “There’s this feeling of homesickness, maybe not quite fitting in, culture shock, or trying to figure out where to find your favourite foods.”

Another recurrent theme is solidarity: “People who have all had this experience are banding together and saying let’s support each other. You have people clumping together by nationality, or just by the fact that they are expats. However, we also have a lot of interesting stories about how people interact with the local people wherever they have moved.” 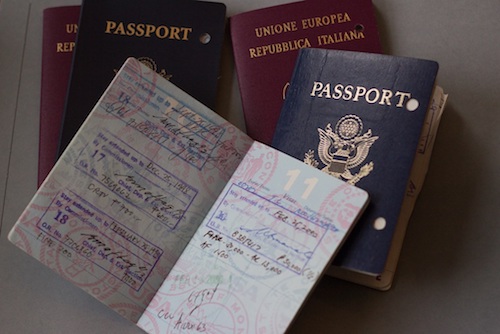 The archive includes a selection of expat passports

Much of the archive is devoted to written sources: diaries, letters and blogs. “It’s very stark how communication has changed,” says Sarah. “I feel like it’s much more evident in the expat community than in other places, because there’s always been this theme of long-distance communication for expats.” From letters taken by steamboat in the 1920s – “they would arrive in weeks, maybe months, maybe never” – to instantaneous forms of communication via social media.

Some of this is evidenced in single case studies. Sarah says, “We have collections that span several decades and you can see that at first it’s all letters, and then expats are starting to print out emails and save them, and then maybe they give you a link to their blog and that’s where they’re keeping communications now.”

Does the content of those letters change much? Are the relationships between people very different? “My sense is not so much,” says Sarah. “They’re talking about the same things. People are people, no matter how they are communicating.”


Who Is The Archive For?

The archive is a repository of social history of interest to academics, researchers, social scientists, geographers and others. However, the purpose of this chronicle of Shell women whose tenacity and ingenuity made a life abroad achievable for their families is wider than that. 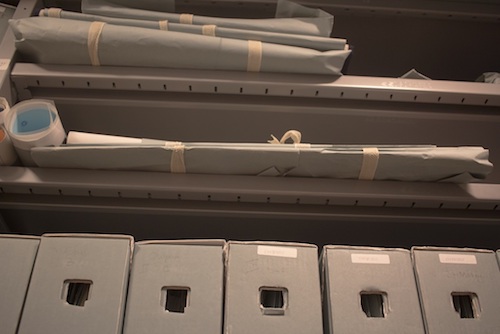 Some of the files in the archive

Above all, the EAC demonstrates the value and validity of the expat experience and the important role that migrants have played in linking diverse communities, with contrasting cultures, often thousands of miles apart. “These people have been in some sense on the front lines,” explains Sarah, “figuring it out as they go along, and learning, and helping others… to experience the world in this more globalised way, and to be more connected.” Living abroad in unfamiliar surroundings comes with many challenges. It’s gratifying to have our complex lives recognised and documented.

The Expatriate Archive Centre in the Hague is open to researchers Monday to Thursday, 10:00-16:00 on an appointment-only basis and offers regular information mornings for the general public. See the website for details.

Saudade is the centre’s exciting new art project, featuring the work of 10 international artists, inspired by artefacts from the archives. The final pieces will be stored in the well-travelled suitcase of EAC founder Lady Judy Moody-Stuart, and the artistic process documented as part of a new book. The exhibition will open at the Twelve Twelve Gallery in the Hague from 11-15 April 2018 before touring the Netherlands. Visit the website to find out more.
Read more Netherlands living articles or view our latest Netherlands articles
Discuss this article in our Netherlands forum or Facebook group