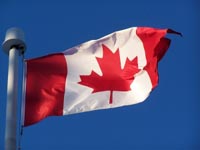 Canada offers the best of both worlds with its serene natural beauty and modern cities. It has always welcomed expats with lucrative career opportunities and a high quality of life. The country’s large multicultural population also makes it easy for expats to adjust to life in a new place. People move to Canada for many reasons and here are some of them.

Healthcare in Canada is state funded and under the system citizens can avail of medical treatment from primary care physicians, preventative care, access to hospitals, dental treatments and additional medical facilities.Almost all citizens are eligible to receive such healthcare irrespective of medical history or income level. Though there is debate about the efficiency of such a system as opposed to private medical care, Canada does have a very low rate of infant mortality and high life expectancy.

A great place to grow old in

Canada ranked fifth in a 2013 United Nations-backed study that evaluated the quality of life and well being of older people in different countries across the world. Canada’s good performance could be attributed to its universal healthcare system, pension policies and longer life expectancy. The country also performed well in the area of education levels and employment opportunities among its older population with about 58.3% of people between 55 and 64 years having gainful employment. Such security for this particular age group is significant as they are not yet eligible for government support. Older individuals can also enjoy a higher quality of life as they can afford the things they need and live their lives on their terms.

Nature watchers will never tire of living in Canada because of its varied and interesting natural habitat. Activities range from whale watching in Victoria where you can get incredible views of the orca whales; duck watching in Banff National Park where you can observe the beautiful endangered Harlequin ducks in their natural surroundings; and beaver watching at the Wood Buffalo National Park which houses the largest beaver dam in the world. Canada also has many great locations to catch nature’s very own light show, the Aurora Borealis, such as Yellowknife, Flin Flon and Whitehorse. It must be said here that Canada is also home to some of the most beautiful cities. The natural setting does add considerably to their attractiveness, but one must also take into account the wonderfully planned green spaces, picturesque neighborhoods and striking architecture.

Canadian cities have great public transport systems that are affordable and efficient. Therefore it’s not a necessity to have your own car especially in most of the urban areas. The bus networks are extensive and serve as the main mode of transport in urban areas. There are other means of travel as well such as the O-Train in Ottawa and the Metro in Montreal. The fares are reasonable priced and there are options for daily or monthly travel. A dependable and efficient transport system also means fewer vehicles on the streets and this translates to better quality of air. Canadian cities are also well-designed and very pedestrian-friendly.

Gun laws are stricter in Canada as compared to the United States and it is illegal to own a handgun in the country. Licenses to possess other firearms are presently with only one third of the total population. Canada also has a much lower crime rate and the police-reported Crime Severity Index (CSI) has witnessed yet another annual decline, falling by 9 percent in 2013.

As with all destinations, there are a few downsides too. One of the main disadvantages of living in Canada could be the weather. The summers are brief and the winters are overly long and harsh in most Canadian provinces. The northern and eastern areas of the country experience winters that are nearly five months long and during this time temperatures may fall as low as -40 degrees Celsius. Canada is considered to be the second-coldest country in the world with Russia taking the number one spot. The Eureka research base in the far-northern region of Canada is also believed to be the world’s coldest inhabited place and experiences darkness for four months of the year.