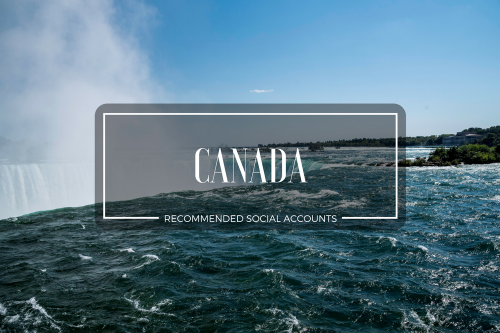 At Expat Focus, we like to be on the lookout for resources around the web that could help prospective expats adjust to their new countries. Today, we’re taking a look at Canada and some of the social media accounts you should be following if you’re thinking of moving there.Scottish Expats in Canada
Facebook Group

Maintaining a sense of humour is important for any expat, and these Scots can definitely brighten anyone’s day. A mixture of reminisces and love for a country far away is what brings this group together. Should you need an immigration lawyer, the cheapest way to fly or tips on where to find square sausages, the answer will be forthcoming from these friendly expats.

Run by expats living all over Canada, who have left behind family and friends in search of a life abroad and who enjoy sharing their experiences of the Canadian life. Expats from a variety of English speaking countries are members here and the group’s detailed knowledge about the everyday intricacies of expat life is just what a new or prospective expat needs.

You will find a good deal of useful information offered freely in this group. The aim is to help expat Brits feel more at home in their new country of residence, even if that’s just with a supportive Internet hug and an understanding ear. Posts are informative and always friendly, it helps that there are some long-term expat members who are more than happy to point newcomers in the right direction.

German expat Winnie now calls Montreal home. This tech savvy, self-confessed geek tweets in English, with a little German thrown in for good measure. Her cat and technology feature frequently in her feed, where she gives an honest account of her life in Canada and compares her new and old lives regularly. Follow Winnie as she works within a male dominated industry, explores minimalism and celebrates unexpected finds like German chocolate in her local supermarket.

British graduate Chris currently lives in Yorkton, Saskatchewan and is completely open about the frustrations and successes of his expat life in his feed. Long distance relationships and gaming are predominant in his frequent tweets, FaceTime calls with the family as well as dissecting his favourite games from the past and present. His entertaining tweets describe his new life and the fun of discovering new pastimes, like ice fishing and snow clearing, and a new life with his Canadian girlfriend, Bailey.

You’ll find an eclectic mix on the feed of this American expat in Guelph, Southern Ontario. An expat for love, he tweets about life, family and the wonders of modern technology that enables him to keep in touch with loved ones far and wide more easily than ever before. Even now, he finds that he is still not used to the low temperatures and wind-chill that accost him whenever he heads outside in winter, but the nature that he spots in his back yard and the promise of summer keep him going through the cold.

This French tech expat calls Montréal his current home. Bilingual tweeting (which is handily translated by Twitter) is what you can expect on his feed, he is a marketer by day and a passionate investigator of new technology by night. A look at life through the eyes of an enthusiastic and driven thirty something will help to inspire any future expat that Canada is the place to be.

A PHD candidate at the University of Toronto, Merin calls Toronto home. Her studies and interests collide in food, which makes for a very interesting and varied feed. From where to get the best ice cream in the city to gender roles in the kitchen and the importance of food in bringing immigrants, expats and natives together, this account is a necessity for foodies. Do not approach this feed hungry, her pictures from home and abroad will definitely result in a rumbling stomach.

From Leicester, UK to St John’s, Newfoundland, Glenn is an RAF veteran who has been tweeting since he moved in 2011. This football fanatic and lifelong Leicester City supporter tweets a lot about the club as well as the sport in general. As a father of two, his daughters feature on his feed frequently and he enjoys sharing his British culture with them as they grow up in Canada.

This British mum of two made the move to the shores of Lake Ontario in 2011 with her husband and two sons. A work to live mentality is what drives this lady, a complete change from her former life in the UK. Having spent time as a stay at home mum initially, to ease the famiy’s transition to expat life and take a break from a stressful lifestyle, she is now embarking on a new business venture. Her feed is a positive look at what life is like as an expat in Canada.

We’re always on the lookout for more accounts to feature – if you write about living in Canada on social media, leave us a link in the comments and we’ll take a look!