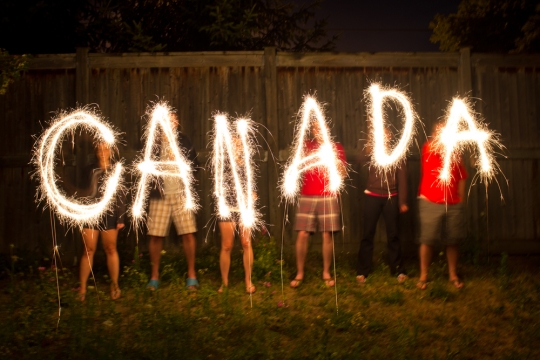 Pulling up roots and moving to another country is always a challenge, and being transgender makes everything more complicated. Transgender people face persecution and even prosecution in much of the world, leading many of us to flee to more permissive countries when we can.Canada is a particularly popular choice, with comparatively welcoming immigration laws, but it is not a challenge-free option. Taking up the expat life in Canada means grappling with the difficulties of migration in general and the obstacles facing trans people in particular. Canada has much to offer those who seek it out, though, and is worth a look for people considering life far from home.

Canada is unusual at the world level for the sheer number and relative openness of the paths it provides for long-term residency. Citizens from a large number of countries, primarily European locations, have visa-free travel into Canada, while others must arrange and receive a visa in advance.

Canada has separate immigration programs for skilled workers, people seeking to start their own businesses, people who aim to be self-employed, people who serve as caregivers to others, and more, as well as study and work permits for people in the country temporarily.

Most of Canada’s immigration programs run on a ‘points’ system that assigns priority to people who already speak English or French, people with advanced degrees, people with specific skills sought in Canada or in particular Canadian provinces, and people who already have job offers. This means that checking the Immigration, Citizenship and Refugees Canada website to assess your chances and check costs is a good first step.

While processing times can be extraordinarily long, most Canadian immigration options grant temporary status in the interim, allowing people to live and work in Canada while their residency is being processed. Additionally, many of these programs are available to people already in Canada on temporary status.

Regardless of the immigration path chosen, the next step is acquiring a social insurance number at the nearest Service Canada office, as this is necessary for becoming employed in Canada. This process is neither difficult nor especially time-consuming, but it creates an enduring record associated with the legal name and gender on your pre-existing passport.

Unusually, Canada does allow immigrants to alter this and other Canadian records without altering their out-of-country records to match, but this process is long, involved, expensive, and available only to permanent residents. It is thus still useful to get your home-country documents to match your preferred name and gender before migrating. Laws and bureaucratic procedures change regularly, so consult with the relevant government bodies to make sure your information about both countries is current.

Expatriates from the US in particular will find the Canadian healthcare system a breath of fresh air. Doctor visits and hospital stays are socialized in a ‘single payer’ scheme, making the most expensive parts of healthcare free for Canadian citizens and permanent residents. Unfortunately, temporary residents must either pay out-of-pocket or acquire private insurance to cover these costs. Since this healthcare system is organized provincially, moving to another province means enrolling in that new province’s system. Bear in mind that some provinces cover prescriptions and other costs that the other provinces do not.

Particularly in Canada’s major cities, transgender healthcare is reasonably available. Some particularly liberal cities, such as Montreal, feature clinics that operate on the ‘informed consent’ model, providing hormone replacement therapy to anyone who demonstrates that they understand the risks of these medications.

Most other cities use the older ‘gatekeeping’ model that requires patients to ‘prove’ their transness to the system’s satisfaction before granting prescriptions for hormones or access to provincially-covered surgery. Due to the small number of medical professionals who feel competent to address transgender issues, waiting lists and times between appointments can be long, and it is common for a year to pass between the first phone call and the first prescription.

Transgender people who are already on hormones when they arrive in Canada can skip much of this hassle as long as they can find a Canadian doctor willing to continue their prescriptions.

Most Canadian healthcare systems cover surgeries associated with being transgender, but require approval from at least two medical professionals with different credentials who have treated the patient, and require that the patient has been on hormones and living, out, as their attested gender for at least a year. In most cases, securing approval for surgery also involves securing approval for out-of-province care, since Canada’s only provider of many trans-specific surgeries is in Montreal.

As above, expats on temporary status must either have private insurance or pay for these surgeries out-of-pocket, while permanent residents can access them via their province’s single-payer system.

Canada is one of the most socially liberal and permissive places in the globe, and was the fourth country in the world to allow legal same-sex marriage. However, legal protection and accommodation for transgender people has lagged behind this legacy.

Most Canadian provinces specifically protect transgender people from discrimination, and this protection became nationally binding in 2017 with the passage of Bill C-16. Laws permitting changes of gender designation on official documents without first having surgery are similarly recent, taking effect at the national and provincial levels between 2013 and 2017. However, these laws are not yet widely understood or implemented.

Recent surveys show approximately 84 percent of Canadians are willing to express support for gay marriage, much higher than most other countries. As is almost always the case, however, transgender people are not quite so lucky. Although the same fraction of Canadians agrees that transgender people should not be the subjects of discrimination, only 67 percent do not have a problem with transgender people using the bathrooms that correspond to their gender identity.

A third of Canadian correspondents do not believe that provincial healthcare systems should cover transgender-related surgery, considering it elective rather than life-saving. Legal protection and healthcare coverage for transgender and non-binary people has, if anything, moved faster than Canadian public approval, allowing figures like Jordan Peterson, formerly a professor at the University of Toronto, to gain international notoriety by publicly refusing to use trans and non-binary people’s preferred pronouns. In this way, Canada takes after the United Kingdom, a much more liberal place than the United States that nevertheless is often viewed as hostile to transgender people.

Support and antipathy toward transgender people are not uniformly distributed in Canada. Canada is the second-largest country in the world by land area, and attitudes differ widely across that enormous geography. The major four cities of Toronto, Vancouver, Ottawa and Montreal contain large LGBTQ communities and many transgender resources, and the largely Francophone province of Quebec has repeatedly polled as the most accepting of Canada’s 13 regions.

Living in one of these areas means having access to LGBTQ and trans communities that are accustomed to looking out for one another and can provide critical advice and support for navigating potentially discriminatory hiring, housing and healthcare situations. Given that even these cities still contain people willing to interrogate strangers about their ambiguously gendered bodies, having such support can be the difference between hope and despair.

Other large Canadian cities, such as Edmonton or Halifax, also have their own LGBTQ communities and are more supportive than the surrounding small towns and countryside, but still provide the transgender expat with less support than the ‘big four.’

Outside of cities, Canada can provide a fairly cold welcome to both gender and sexual minorities. Small towns and rural areas are often home to religious conservatives who face LGBTQ people with hostility and regard trans people in particular as emblematic of urban decadence rather than human nature. Small towns also tend to lack LGBTQ social spaces or services, directing such people to the nearest city instead.

The inland, western ‘prairie provinces,’ with emphasis on Alberta, are consistently the least welcoming and most hostile regions of Canada to all LGBTQ people, and deliver a continuous flow to more accepting locales elsewhere in the country. With many expats arriving in Alberta in particular to take advantage of the province’s recent economic growth, this is a concern that requires consideration.

An interesting wrinkle in Canada’s LGBTQ landscape is that the vast majority of Canada’s territory is sparsely populated and home to hundreds of distinct indigenous nations. Each nation has its own culture and history, and many of them have embraced the Anishinaabe concept of ‘two-spirit’ as both an umbrella term for indigenous LGBTQ people and a distinctive gender identity and societal role in its own right. Respectful transgender expats with cause to spend time in indigenous Canadian communities may find themselves particularly welcome as a result.

Canada presents a rare and pleasant face to the prospective transgender expat; a country that is quite accepting of trans people by world standards that is also not prohibitively difficult to make one’s home. Canada’s history means that it welcomes immigrants far more generously than most other countries in the world, and also that it prides itself on being more accepting than its neighbors. Expecting Canada to be a transgender utopia is an idea that will end in heartache, but the informed expat can still find much to love in this vast, chilly country.