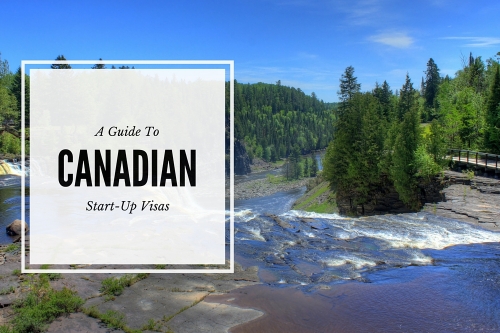 Any time expats meet, be it in bars, the workplace or online, conversation will inevitably turn to the same subject: visas.

The visa is the ticket to a life overseas. It doesn’t matter if you have the job, the house and an account full of local money; without that slip of paper in your passport, your stay is little more than a holiday.Without one you won’t be able to work, stay indefinitely, or claim various rights. In some countries you may not be able to marry, open a bank account or rent a house.

For most countries you need a job offer or a considerable sum of money in the bank just to start the process, but Canada is launching a new kind of visa, where all you need to get access is a good idea.

Expats with entrepreneurial spirit, and a few wealthy backers, can apply for a ‘start-up’ visa. The scheme is designed to introduce new ideas into the economy and welcome business-minded immigrants.

Immigrants is the key word there; the start-up visa isn’t conditional or temporary. If you are issued one you are an instant Canadian with permanent right to residence. Although your visa depends on the strength of your business pitch, your visa is for life, so even if your innovative idea doesn’t become the next big thing, you can stay in Canada.

The start-up visa has been available since 2013, but it only began to pick up steam last year, and is currently seeing a new wave of applicants. There has been some concern in political circles that the visa has been slow to start doing what it was intended to do, slowed down by a high number of applicants going through a complex procedure and not enough civil servants to handle the paperwork.

In May 2015 only 16 applicants had successfully won themselves permanent residency through the scheme, with 60 more stuck in the system. Those 60 were the brains behind 34 projects, all of which were tied up as investors waded through due diligence paperwork. This bottleneck seems to have been straightened out now and the process sped up.

The investors can make or break an applicant’s chances of success, with their project requiring an investment of CAN$200,000 from designated venture capital funds or CAN$75,000 from angel investors. Not only does this serve to sanity check entrepreneurs’ ideas, but it increases their chance of success.

By pairing the newly arrived entrepreneur with experienced start-up investors, it’s hoped that the start-up will have the best chance of success. Small ventures often struggle in their early stages, with more worries than just money; managers have little experience and few contacts, so an experienced guiding hand in the boardroom can stave off early disasters.

A good idea and a few backers are a strong start, but in order to fully qualify for the visa applicants must also meet a number of requirements set down by the government. A maximum of five people can apply for the visa per business, but each must hold at least 10% of the voting rights. Whilst the owners are welcome to sell part of their stake to outside investors, they and the designated investors sponsoring the visa must retain at least 50% of the voting rights.

As with other Canadian visas, the applicants must also pass a language test, proving their competency in English, French or both. They are required to sit tests in speaking, listening, reading and writing in whichever of the languages they choose to apply.

The biggest hurdle for applicants will be the ‘sufficient settlement funds’ clause. As the visa covers entrepreneurs and their dependants, but does not entitle them to financial support, the applicant has to prove that they have enough savings to support their family without borrowing money.

These amounts are not to be sniffed at, as not everyone has CAN$12,100 sitting around in a bank account. The amount goes up depending on the size of the family covered by the visa, meaning a couple needs to have CAN$15,100 and a family of four needs CAN$22,600. These amounts are updated every year and are only likely to get bigger.

Even with this requirement, new arrivals must still comply with the cash disclosure laws that apply to everyone entering Canada. Anyone bringing CAN$10,000 into the country in cash, bonds or cheques must declare them to customs or risk fines or having the funds seized outright. Presumably this manner of misdemeanour would also place the visa application in jeopardy. Even with these restrictions, the terms of the start-up visa are a lot more generous than many other Canadian permits.

It’s not just the visas that are generous. Canada’s business culture is rated as one of the best in the world, with a stable economy, low taxation and lots of capital ready to invest with the minimal amount of paperwork.

According to Forbes, Canada is the choice G-20 nation in which to set up business as well as having the strongest fiscal position in the G-7. The Ease of Doing Business survey places Canada as the 14th of 189 countries, requiring just two procedures to register a new business. Each of these tasks takes less than a day and together they cost no more than CAN$200.

There shouldn’t be any other surprise costs as the country is famed for its corruption-free culture, ranking it ninth out of 168 for perceptions of corruption.

With such a great business environment and a high standard of education across all demographics, it’s not surprising that start-ups would flock to Canada. Tech companies especially seem to be drawn to the country, which boasts a world-leading research and development infrastructure (R&D).

There’s a lot of home-grown Canadian talent just waiting to be set loose on the next technological revolution, with Silicon Valley North rapidly growing between Toronto and Kitchener-Waterloo in Ontario. This cluster of businesses already boast Google, Research in Motion and Shopify amongst their neighbours and they hope to continue tempting talent away from California.

This bustling new development isn’t well known outside the tech community, but it already hosts 200,000 jobs, about half that of the original Silicon Valley. Iain Klugman, CEO of Communitech, a company that assists tech firms with marketing and mentoring, told CBC that the area has a frontier-town feel. “In Waterloo, we’ve got the sort of hacker, hustler, entrepreneurial mindset — but Toronto brings scale,” he said. “It brings the real global city feel, which it didn’t have even 10 years ago.”

And there’s money behind good ideas too. Each province has a pot of money to spend supporting innovative ideas and yet more funds are available from federal government. As well as giving cash to support new businesses, the Canadian government offer what’s known as SR&ED tax incentives.

Standing for Scientific Research and Experimental Development Program, the scheme offers two strands of lucrative tax breaks. Firstly, any company undertaking research or development can deduct these costs as expenses at the end of the tax year, saving a fair few bucks when the taxman comes knocking. The second strand is a tax credit which is so generous that many companies find themselves paying no income tax or even getting refunds.

As attractive as the scheme has been, it was never intended to be a widespread initiative. It’s designed to stimulate Canada’s own small business sector so the visa is only issued to bright sparks with strong ideas and some cash behind them.

Former Citizenship and Immigration Minister Chris Alexander wasn’t worried that the visa only makes up a small percentage of those issued to new arrivals. When still in office he told Financial Post, “I’m not at all bothered by the fact the numbers so far are small,” suggesting that the scheme would grow in its own merits. “We’re confident that the flow into the program will continue to grow but we want it to happen organically. We can’t force these things.”

The visa is limited to a maximum of 2,750 each year. Some estimates put the potential value of the visa at CAN$800 million over the next five years. That figure doesn’t account for the value of provincial schemes run along similar lines.

Although it has its detractors, the start-up visa could become one of the world’s most sought-after as well as one of Canada’s most lucrative.

Canada is not the only nation to offer start-up visas. Australia launched one as early as the 1970s, making it one of the first to launch a permit just for entrepreneurs. Now the country offers a range of categories, including a new one aimed at making it even easier for innovative start ups called the Business Innovation and Investment Visa.

Italy offers one of the most generous start-up visas, promising to cut through the famously slow moving red tape, granting a range of tax and labour benefits. All an applicant needs to demonstrate is the innovative nature of the business and EUR€50,000 of backing.

Entrepreneurs heading to Singapore can look forward to the right to settle in the city-state provided they can demonstrate revenues. The length of stay is conditional on the cash-flow of the business.

The USA lags behind, with a proposed act of 2010 falling foul of the quagmire of committee review. The act would have allowed for three streams of applicants: those overseas who secure American investment and create American jobs; international graduates of US universities if using their science, technology, engineering, mathematics, or computer science degrees to generate revenue and jobs; and foreign entrepreneurs whose companies generate sales in the US.