Home » Canada » Moving » A Guide To Immigrating To Canada

A Guide To Immigrating To Canada 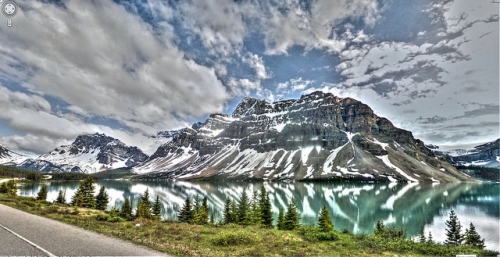 Moving abroad is generally a daunting subject, especially as there are so many different laws and rules that may be different to your current home country. Customs, visas, work permits and tests that need to be undergone before you can make your move and make a living are all things you’ll need to think about. Below is a brief guide to immigrating to Canada.Immigration Visas

There are many ways to make your move using many different visa options. However, the most common one is the skilled workers and professionals visa. However, this type of visa means proving why your career will be beneficial to the Canadian economy. Healthcare professionals are generally accepted first because they are most in demand. However, as long as you reach 67 points on the Canadian immigration system, there is automatic consideration for entry. If you fail to get onto that particular visa programme, there are five other opportunities, but not all may apply to every individual.

The family class sponsorship is for those who have family already living in Canada, which allows you to be sponsored by your relatives to make the move. There is also the investors and entrepreneurs visa which is aimed at those with a high net worth or a lot of business experience. The ‘Canadian Experience Class’ is a visa type aimed at those who are temporarily working in Canada, who therefore already have experience of the Canadian lifestyle. This encourages those people to become permanent residents.

Quebec has its own visa, ‘Quebec Experience Class’ which is very similar to that of the general Canadian visa but is aimed at those who have studied or worked in Quebec. The last visa type is the ‘Provincial Nominee Programme’, which covers 11 provinces / territories of Canada (excluding Quebec). The application allows the expat to select a visa specific to a particular province. Once they have all the details of relevant work experience and qualifications, each province will select individuals they would like to welcome. This will be those that will benefit their economy and fit straight into Canadian lifestyle, whilst easily landing a job in their field. Each province has different immigration streams, such as Express Entry, Skilled Worker (professional), International Graduates, Business Immigration, Family and Semi-Skilled Worker, so it is best to check which province would be accepting new applications that best describe you. Full details on visas can be found here.

United States citizens can come on a tourist visa and can stay up to 180 days at any one time, before returning to the United States. However, it has been said that after returning to the States for 24 hours, a citizen is eligible to return to Canada for a further 180 days.

Other factors that are also considered when applying for a visa and considering immigration include that applicants must have enough funds to support themselves on arrival to Canada, if employment has not been secured on application. Often applicants get work transfers to offices in Canada, but that is not always the case. The minimum funds required are £7,000 per individual which equates to around $11,600 Canadian dollars. Medical exams will also be carried out, to ensure no diseases or viral infections are transmitted to Canada from your country of residence. There are no specific or extra injections to be had, as long as the standard vaccinations in your country of residence have been covered. UK citizens and retired applications are able to claim their pension as normal in Canada, however any increases will not be applied.

Canadian visas do have a time limit. If Canada is the place an individual wants to remain for the foreseeable future, the next step would be to apply for permanent residency. The first thing to do would be to contact the high commission or embassy of Canada, after which you would need to provide a medical record and criminal record check, submit the permanent residency form and attend the interviews set by the immigration representatives.

This process does involve a fee, but this can vary depending on the type of application and the category the individual falls into (similar to the visa categories) and varies from $75 to $1,050 Canadian dollars. After this, there will be further steps that will have to be undergone to be granted residency. Depending on the application, there will be a request to provide evidence of education, identification documents or family sponsorship letters. Also, evidence of the minimum funds required to support the application will need to be shown. The applicant may have to undergo a skills assessment, language test and various other tests depending on the application type. Further steps may incur an additional fees.

Residents often feel that once they are a permanent resident in Canada, they must live in the country at all times. However, as long as the resident lives in Canada for at least two years out of a five-year period, there is no risk of losing Canadian residency.

When comparing two major international cities, Toronto in Canada and London in the United Kingdom, the cost of living in Toronto is significantly lower. Renting a property in Toronto is 46% cheaper than London. For example, a 3-bedroom apartment in the city would cost £1,666 / $2,730 per month, whereas in London would cost £3,100 / $5,100 per month. The cost of a 3-bedroom apartment in Toronto city is around £450,000 / $750,000 Canadian dollars.

Dining in restaurants in Toronto is 26% cheaper than in London. However, the cost of groceries is 6.7% more expensive in Toronto. Whilst there are large differences in other aspects, it does cost a little bit more to buy necessities. The cost of petrol in Canada is a lot cheaper too, meaning the cost of transport and owning a car is relatively inexpensive. Therefore, taking transport such as a taxi works out to be 71% cheaper than London, where 1km is charged at £3.70 in London and £1 in Toronto.

On the Expat Focus Facebook group for expats in Canada, many expats felt they never understood what the rates of income tax were prior to moving. Here are a few quick pointers about income tax.

Have you moved to Canada? What did you find confusing? Share your experience in the comments!