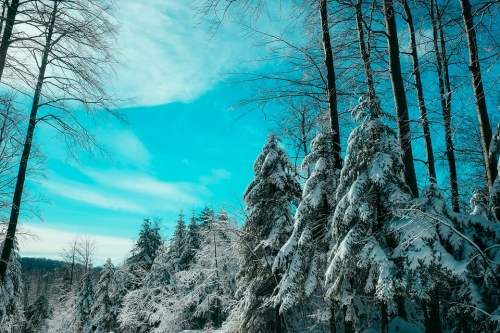 In the build-up to the 2016 US presidential elections, the number of Americans looking to become citizens of Canada rocketed.

It’s not just Americans that consider thinking of moving there; the country has a well-established immigration system, though the criteria is prone to frequent changing, it offers expats excellent employment opportunities, low rates of crime and for expats with permanent residence, healthcare is free.To illustrate how popular Canada is for expats, according to Google the most popular searches for the country are: ‘how do I move to Canada’, ‘immigrate to Canada’ and ‘how to move to Canada from US’.

But on US election night, the number of searches for ‘Canada immigration’ rocketed by 4,800% and ‘Canada citizenship’ by 4,500%.

However, to become a Canadian citizen is a difficult process since expats will need to live in the country for at least six years and be well-behaved. They will also need to have a good understanding of Canada and its history.

For those who are interested in expat opportunities in Canada and with a view to becoming a citizen, then this article will outline what needs to be done.

The first step is to be at least 18 years of age and there are opportunities for those who have not been born in the country to be given citizenship, though this generally depends on their own parents’ citizenship.

As mentioned previously the best way to become a citizen is to have skills and talents that the country needs. Canada runs a fast-track immigration system, it is known as express entry, for skilled workers and it is the best way to establish themselves in the country.

This isn’t a cheap option either since it will cost US$412 along with $112 for each dependent and most expats and immigrants will probably need to hire a lawyer to help navigate the immigration process, which will add substantially to those costs.

Under this system, expats are given scores based on their job prospects, their specific talents and qualifications and those who score highly are invited to become permanent Canadian residents.

However, Canada isn’t just looking for highly skilled expats, it’s also looking for entrepreneurs and there are several schemes to encourage people with business skills and ideas to move to the country.

Again, becoming an entrepreneur also puts an expat on the road to permanent residency while others may need help from a family member who may already be living and working in the country.

Permanent residents get more rights than expats which include being entitled to healthcare coverage and the ability to travel, study and work anywhere in the country.

However, there will be some jobs that will be precluded because they have high security clearance. Also, the Canadians regularly point out that by simply applying for permanent residency does not mean it has automatically been confirmed and the application must be approved by the Immigration and Refugee Board.

It should also be appreciated at this point that an expat who applies to become a permanent resident and is granted that status will enjoy similar rights to Canadian citizens.

However, by becoming a permanent resident does not necessarily mean the next step will be Canadian citizenship since the bar to meet the citizenship requirement is much higher.

To become a citizen, the expat will need to have been a permanent resident and also present physically in the country for the equivalent of at least four years in the previous six years before applying – and have tax records to prove they have worked and paid taxes there.

There’s also a requirement before citizenship is granted that the applicant can speak English or French; they don’t have to be fluent in either language but they need to have good conversational skills and the citizenship officer is the one who makes the final decision about whether citizenship will be granted.

Along with many other countries, the Canadians also have a formal test about their history, institutions, values as well as Canadian symbols. This is usually a written test but those taking it should expect all questions from a citizenship officer.

Even at this point citizenship isn’t guaranteed and for those who have committed a crime in the previous four years then citizenship will probably not be successful.

Moving to Canada to work

The other important consideration for anybody looking to move to Canada to work and live, is that the process is rather slow with even the express entry system has an average processing time for a skilled worker of between six and 12 months.

Expats heading to Canada as a self-employed person may need an astonishing 90 months to complete the process and even marrying a Canadian does not confer permanent residency rights and that process itself may take 14 months even with a spouse sponsoring the application.

However, the process is worth it and Canada offers excellent opportunities, for example in 2014 Canadian families enjoyed a median income of C$70,870 or $59,114 while in the US the same figure was $54,657.

For expats interested in Canadian citizenship it is a good idea to visit the country first to see whether this huge expanse of land is worth the effort of moving to; citizens from the UK, US, Australia and New Zealand along with some European countries, are able to do this with a valid passport.

Others will still need to apply for temporary residence visa before they can gain entry to the country. Applications for these visas should be made six weeks before an expat needs to depart their home country with an application made in person at a convenient Canadian embassy or consulate.

While thousands of expats head to Canada every year, they will need a permanent residence visa which can be a time-consuming, frustrating and complicated process.

Problems will begin with the expat having to decide which of the permanent residency categories they should be applying for with their skills, education and experience making them hugely attractive to Canada.

As mentioned previously, becoming an expat in Canada isn’t the quickest or easiest of routes to follow but the rewards and lifestyle that will result, makes this effort worthwhile.

• Apply for a Canadian visa.
• The Canadian express entry system offers skilled expats excellent opportunities.
• Guidelines on preparing to immigrate to Canada.
• The stepping stone to becoming a Canadian citizen is permanent residency.
• Brush up on your Canadian history and institutions for that all important citizenship test.