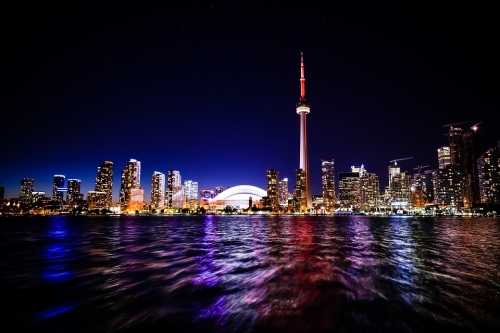 We’ve written before about how Canada has thrown its doors wide open, welcoming expats, immigrants and refugees with warmth and the promise of a better life.

Canada’s policies are in sharp contrast to those of other nations around the world. The USA, UK, Australia and countries across Europe are bending to populist policies, often contravening their own constitutions, in order to batten down the hatches and make it harder for new arrivals to establish themselves a new home.Where European nations are playing hot-potato with Syrian refugees, pushing them from one border to another, Canadian Prime Minister Justin Trudeau welcomes planeloads of stateless people in person.

And it’s not just the desperate and needy for whom the welcome mat had been rolled out. Canada is also hoping to welcome a generation of business whizzes and innovation-driving tech experts.

The government has launched several initiatives in recent years to stimulate growth and attract a younger generation. Faced with an aging population and a rapidly changing global economy, Canada’s leadership plan is to attract bright young things who will start new businesses and make the country a world leader in research and development, whilst simultaneously starting families.

There are generous tax breaks for forward-looking businesses, who can deduct their entire research budget against tax rates and special visas for immigrant investors. Wealthy new arrivals can get permanent residency for themselves and their family by investing capital in companies outlined on a government shortlist.

Now two new ideas are at the core of a new strategy, ideas designed to bring essential skills into the Canadian workforce. John McCallum, Minister of Immigration, Refugees, and Citizenship told reporters that the Global Skills Strategy would boost the economy. “We have great talent in this country, but we need that global talent that is critical to our growth,” he said, “high talent acquisition accelerates growth.”

The strategy is designed to given companies access to an international talent pool. The first tenet of the strategy is a quick turnaround of visa applications for applicants classed as ‘low-risk, high-skill’. The idea being that Canadian businesses can quickly recruit the experts they need without immigration paperwork slowing down any projects.

Currently, companies looking to bring in talent from overseas can lose precious months wading through oceans of red tape and confusing policies. It’s long been a complaint of growing businesses that bringing in new talent can cause a six-month delay.

The scheme aims to process applications in under two weeks and commits to creating a dedicated staff of immigration officers to support businesses making applications.

Minister of Innovation, Science, and Economic Development Navdeep Bains sees these high-skilled individuals as the future of economic growth. “We must ensure that our country has the right people with the right skills so that it can grow,” he said, “our government will make it easier for companies to bring in highly skilled talent.”

The strategy was announced in the offices of Therapure Biopharma Inc., a company founded and run by immigrants to Canada that now employs hundreds of Canadians and is a world leader in pharmaceutical research. The scheme is aimed at bringing similar individuals, described as ‘multipliers’, together – key people whose ideas and expertise can spur growth and development in order to create jobs.

The second part of the Global Skills Strategy is designed to parachute in experts as and when they are needed, ensuring Canadian businesses can develop the best products and solve complex problems. The idea is to drop the requirement for visas and work permits for experts who work in Canada for fewer than 30 days at a time.

The Short Duration Work Permit exemption could only be issued to individuals once a year but would allow expert engineers, researchers, traders and designers to drop into a project, solve a problem and move on. The scheme would also be open to academics, giving Canadian universities a much wider talent pool from which to draw, improving the quality of training for the next generation of leaders.

It is hoped that the Global Skills Strategy will not only stimulate businesses already based in Canada but attract big companies from around the world to relocate to the country.

The strategy aims to speed up the pace of business in Canada, making it easier for companies to steal a march on international competitors, work more efficiently and bring products to market in short order.

One sector that is set to benefit from the initiative is the technology sector. Chris Reid, founder of online advertising company Sortable, believes the schemes will drive innovation. “I’m excited that the Global Skills permit is going to address the turn-around times that are relevant to fast-growing companies like Sortable, while acknowledging that there is a wide range of roles companies need to grow,” he told betakit.com.

The strategy shows that not only is Canada committed to keeping her doors open to new arrivals, but in keeping her businesses open for trade.