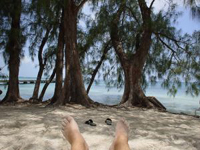 The Cayman Islands is perhaps best known for offering some of the finest scuba diving in the Caribbean. But it is also popular among expat workers due to its relaxed financial regulation and absence of corporate laws. The quality of living is high and this can largely be attributed to the business brought in by the foreign population, especially from Canada, the United States and the United Kingdom. Here’s what you can expect as a new expat in the Cayman Islands.

The real estate prices in the Cayman Islands are one of the highest in the Caribbean region.Expats in high positions in the finance sector are able to afford these rates, but foreign workers in the service and labor industry may find them expensive. In Grand Cayman, the largest of the three islands, the pricier properties are located on the Seven Mile Beach on the western end of the island. Cheaper real estate is available in the former capital of Bodden Town and the district of West Bay.

The cost of groceries is also likely to be higher as most of the products are imported. The products that are locally available are bound to be cheaper, but since there is hardly any agricultural area in the Cayman Islands, expect most of the items on your grocery list to be on the expensive side.

Expats from the United States and Canada will have to get used to driving on the left in the Cayman Islands. Bringing your own car from your home country is allowed but the import duty rates can be quite high. It may be more economical to buy a used or new car once you relocate. Driving in Grand Cayman is convenient since getting from one end to another will take just one hour. The speed limit on open roads is 50mph and in more populated areas it is 30mph. Instead of buying a vehicle, you can opt for renting a car, or even a moped or bicycle. But remember that the Cayman Islands gets very busy during tourist season and it may be difficult to find a vehicle on rent. Individuals who want to rent must have a valid driver’s license from their home country. Public transportation is available and is considered to be of good quality. Taxis are also available throughout the island.

The Cayman Islands has a favorable policy towards expat workers. However it is also government policy to ensure that positions that can be filled by qualified local workers are not taken up by foreigners. In some sectors, there is a maximum limit of 7 years within which foreign workers are allowed to work. Before issuing a work permit, the Immigration Department conducts health checks and criminal background checks. Re-application is possible after 7 years provided that the individual leaves the Cayman Islands and waits for a period of one year.

Expats can look forward to pleasant weather all year-round. The period between June and November is considered to be the official hurricane season but storms are not very frequent. The monsoon season between May and October may witness some flooding and also humidity.

There’s always a lot to do in the Cayman Islands. The hospitality industry is thriving here and foreigners are generally made to feel quite welcome. The locals are also warm, lively people and there are several bars and nightclubs for those who prefer a vibrant nightlife. In the Seven Mile Beach area, you will find many places to eat ranging from little casual eateries to fine dining restaurants. A beloved local tradition in the Cayman Islands is the celebration of Pirates Week. It began in the 1970s as a way to draw more tourists during the off-season, but has developed into a yearly custom. This 11-day affair features pirate-themed events, local food and drink and open-air festivals. The Flowers Sea Swim is another important event and is the Cayman Island’s flagship sporting event. Participants include swimmers from all walks of life, between the ages of 8 and 80 years. It takes place along the Seven Mile Beach and there is about $100,000 worth of cash and prizes to be won.