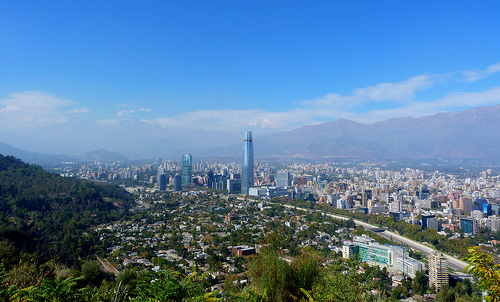 Many of the countries in South America draw large numbers of expats, and for a variety of reasons – the landscapes, weather, languages and cultures, economy, and so on. While countries like Argentina and Brazil tend to be the most popular, Chile draws its share of expats too. It has many of the advantages shared by its neighbors, and a few more, including a relative lack of corruption, more economic freedom than any other South American country, and incredible diversity of weather, landscape, and wildlife, including its marine life.In terms of its human population too, Chile is quite diverse. Estimates vary considerably, but ethnically, roughly half the population is Caucasian, over a third is mestizo (of combined European and Amerindian descent), and the rest are indigenous/Amerindian. In addition, many people have some African ancestry. Religious affiliations are even more varied – although the majority of the population is Christian (mainly Catholics, but a considerable number of Protestants too), there are many other faiths, including Mormonism, Judaism, and Islam. The country also has a large number of people who belong to no religion.

Chile’s Constitution provides for freedom of religion, and in general, there is no oppression or abuse. However, there is some amount of discrimination – for example, Catholic mass is part of many government and military functions, and religious services in public schools and hospitals tend to be mostly Catholic, although this has been steadily improving and diversifying for a few years.

Catholicism reached Chile in the 16th century along with Spanish colonialism, and in spite of strained relations under both Salvador Allende and Augusto Pinochet, today Roman Catholics are by far the largest group, making up around 59% of the country’s population. There has however been a slow decline in numbers since the ‘70s, and in particular there has been a rather severe shortage of priests.

For much of Chile’s history, the Catholic Church had a position of privilege in the country, and although this power and influence has dwindled considerably, there is still some amount of privilege enjoyed by the Church and its followers.

Protestants make up only 16% of the population in Chile, but unlike the Catholics, their numbers have been steadily increasing, almost since the beginning. Lutheran immigrants from Germany were probably the first Protestants in Chile in the early 19th century, followed by people from other sects and other parts of the world. Today, a large part of the increase in Protestant numbers is due to religious converts rather than immigrants. Surveys by the Center for Public Studies (Centro de Estudios Públicos, CEP) have shown that a considerable percentage of the Protestant population consists of people who converted in the previous ten years.

The Church of Jesus Christ of Latter-day Saints first came to Chile in 1851, brought by one of its earliest adherents and apostles, but actual proselytizing only started a century later. Nonetheless, Mormonism has grown rapidly, and at the peak of its growth, it was reported that there were 12,000 baptisms each year. Today growth is much slower, and in addition a large number of registered members of the church are not actually practicing Mormons.

The non-religious are a rapidly growing group across South America, and Chile is one of the countries in which this is particularly noticeable. According to some sources, agnostics and atheists went from 8% of Chile’s population in 1995 to 25% in 2013. According to Pew Research Center, Chile comes third, after Uruguay and the Dominican Republic, in terms of the number of people with no religious affiliation.

Chile’s non-religious population has been partly behind the push for secularizing Chile’s laws and social practices, and reducing the discrimination that is the result of the Catholic Church’s privileged position in the country.

Chile also has a small Jewish population, and this goes as far back as 1535. There is also a small community (around 25,000) of Bahá’ís, a very small number of Buddhists (mostly Brazilian migrants of Japanese origin), and a very small Muslim population. Like Judaism, Islam’s history in Chile goes far back, to the explorations and colonies, but it has never had a large following in the country. Today, the Muslim population is only around 3,000.