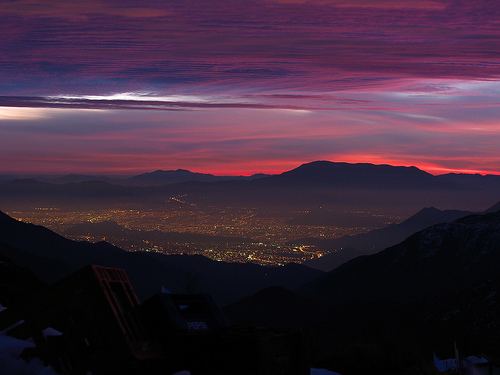 Like many South American countries, Chile has a population that is quite varied in its ethnicity and culture. Exact numbers are hard to come by, and many sources disagree with each other, but on the whole it’s probably safe to say that around 50% of Chile’s population is Caucasian, and the rest are either partly Amerindian (known as mestizo, which is a mixture of Caucasian and Amerindian) or pure Amerindian.They form quite a large proportion of the population; however, most authorities say that almost all Chileans have some Amerindian ancestry. Today though, for most purposes, only people who actually identify themselves as indigenous are called so. According to the 2002 census, 4.6% of the population describe themselves as indigenous, and the overwhelming majority of them say they belong to one group, the Mapuche.

Here’s a quick look at the different indigenous cultures of this country.

The Mapuche are originally from south-central Chile (and also from Argentina), and do not belong to a single ethnic group. What binds them is a set of social and religious laws, language, and economic ties. They are known for their textiles and their silverwork. The Mapuche have a complex belief system and culture that are in some ways quite unique. Traditionally, a shaman (usually a woman) was important in the community. A deluge myth and animal sacrifices are other notable aspects of the Mapuche culture. The Mapuche also have a strong culture of resistance, which continues to this day. 87% of the Chileans who identify themselves as indigenous also identify themselves as Mapuche. This is a population of around 604,000 people, making up 4% of the total population of the country. The other indigenous groups make up only 0.6% of the population according to the 2002 census.
Atacameño: The Atacama people are originally from the Atacama desert in the northern part of Chile. Their traditional crafts included ceramics, copper work, and gold work. Hallucinogens are an important part of Atacameño culture, and are believed to bring one closer to god. Sadly, the language of the Atacameño, the Kunza language, went extinct at least a few decades ago.

The Aymara were from the Andes mountains and the Altiplano region, and like the Atacameño, were first conquered by the Inca and then by the Spanish. The Aymara language is still spoken, and for many people of this tribe, Spanish is only a second language. They also have a rich musical tradition that survives to this day. Chewing coca plants is part of Aymara culture and traditions, and has been the focus of many clashes with the Chilean government, who have tried to eradicate the plant as part of their drug war.

The Diaguita people today seem to be the descendents of many different groups rather than a single tribe or nation. The Chilean government recognized them only as recently as 2006. The Diaguita lands too were ruled by the Inca, and later of course by the Spanish, as a result of which their population was quite devastated.

Unlike many of the other indigenous groups in Chile, who were farmers, hunters and herders, the Kaweskar were nomadic seafarers, and they continued this lifestyle until relatively recently. Today, very few of the Kaweskar live this life, and even their language has few speakers.

The Kolla (also Qulla or Colla) people are from the high-altitude forests bordering the Amazon rainforest, and have a considerable population in Argentina and Bolivia, in addition to Chile. The Kolla people have their own language, and like many other indigenous groups, are often caught in clashes with the government over issues such as land rights.

The Quechua again are made up of several different ethnic groups across Chile and its neighbors, linked by factors such as their cultural traditions and economic ties. Although most Quechua people converted to Roman Catholicism, their traditional myths and beliefs have survived to this day.

As the inhabitants of Easter Island, the Rapa Nui are quite well known across the world, although not necessarily by that name. Today most of them speak Spanish, although a considerable number do speak their own Rapa Nui language. They also have a complex mythology and traditional music, both of which survive till today.

The Yaghan people are known as the southernmost not just in Chile but in the world. They were traditionally hunter-gatherers (this included seal-hunting and collecting shellfish). The Yaghan language, sadly, is nearly extinct, as only one speaker remains.