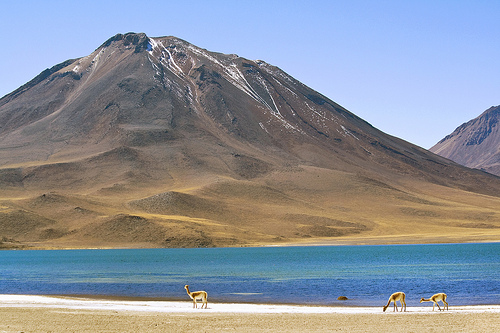 Chile has a rich musical heritage, with many different origins and influences. Before the arrival of the Europeans, the indigenous peoples had their own musical systems, and some of these styles still survive today, either incorporated into contemporary music or in something closer to their original form. Later the music of the Europeans, in particular of course the Spanish, had its own influence on local styles. Although the European styles became dominant, they also gave rise to new music, unique to the region.Today, what is described as traditional Chilean folk music is usually divided into three categories – northern, central, and southern. There are many different styles in each category, with various musical instruments, themes, and dances. In addition, there is the music of Easter Island, which stands apart and is similar to other Polynesian music. There are also the more modern folk-based forms, “city folk” from the early and mid-20th century, and the more recent and politically aware “Nueva Canción” from the ‘60s and ‘70s.

There are enough Chilean artists to last you a lifetime, even if you restricted yourself to the purest traditional folk. However, here’s just a small list to get you started.

Groups like Los Huasos Quincheros are institutions rather than bands, and this particular one was founded more than 75 years ago. There have of course been numerous personnel changes, and several name changes too, which can make things more than a little confusing. Their support for Pinochet’s military regime makes them rather controversial, to say the least, but it’s difficult to deny their role in sustaining and popularizing traditional Chilean folk music.

Gatica is a bolero singer who, like many other iconic Latin American musicians, has also acted in films and hosted television shows and been successful at all three. He found musical success in 1951 when he was 23 years old. Not long after this, Gatica moved to Mexico, where he became a permanent resident and continued to record and release music. He also released successful albums with US-based record companies, but he continues to be quite popular in Chile.

Parra was unarguably one of Chile’s most important and influential musicians, and continues to be so long after her death. She was one of the pioneers of the Nueva Canción movement, an important ethnomusicologist and folklorist, and also a visual artist whose work has been on display at the Louvre. Parra performed traditional folk songs and also wrote songs of her own, which encompassed a variety of styles, moods, and themes, but often had strong political opinions. She spent several periods in Europe, collaborating with other musicians and political activists. Parra’s most famous song is probably Gracias a la Vida (Thanks to Life), which has been covered by countless Latin American musicians as well as by international stars, from Joan Baez to Michael Buble. There’s also a recent award-winning biopic, Violeta Went To Heaven, which is a good introduction to her life and music.

Victor Jara was also an important part of the Nueva Canción Chilena movement, and was again multi-talented – in addition to being a musician and songwriter, he was also a teacher, poet, and a very important and widely recognized theatre director. Jara was popular and politically active well before the military coup in Chile, when he was a vocal supporter of Salvador Allende. Later, the military dictatorship arrested, tortured, and killed him, and in addition destroyed most of his master recordings. Fortunately, Jara’s wife managed to get copies of his recordings out of the country, and these are still widely available. Today he is one of Chile’s most beloved icons, and is also quite well known and influential across the world.

Raúl de Ramón was a composer, musician, and performer who played an important role in spreading Chilean music across South America as well as the rest of the world. Outside of the Latin American countries, he was particularly influential in the United States, where he performed across the country with a musical ensemble called ‘Los de Ramón’, made up of himself, his wife, and their two sons. Many of his compositions became wildly popular across Chile and in neighboring countries too. Like Parra, he was also a folklorist, and this had a strong influence on his music.