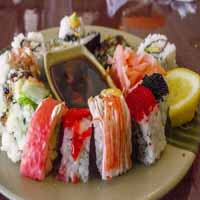 Expats usually experience a subtler form of culture shock when living in China’s big cities because of the robust economy and rapid development. These cities have become global destinations for business and industry, and draw numerous foreigners to their shores each year. However there are some variations in culture and lifestyle that may take some getting used to. Here are some tips on dealing with culture shock in China.

Chinese food, as most westerners know it today, is actually a westernized style of Chinese cuisine that is considerably different from the real thing.Many foreigners feel disappointed when they hit the street food stalls in China and discover that their familiar favorites do not figure anywhere on the menu.

The manner in which food is eaten is also slightly different. The Chinese like to eat community-style where all the dishes are placed on a revolving stand in the middle of the table and everyone can take what they want. The portion sizes are also likely to differ and you will find that the quantities are much smaller in China. You also eat with chopsticks here and those who are not used to it may require some practice. But there is no dearth of eateries and even the street food carts and markets are great places to dine. They do adhere to a high level of cleanliness and the food is much more affordable.

Many people in the cities speak English, but you may face a challenge when communicating with taxi drivers. Make sure you inform the driver of your destination clearly, as they tend to take on fares irrespective of whether they understand you or not. At transportation hubs, there is usually a ticket window especially for foreigners where you can communicate with someone who speaks English. While shopping, it is a good idea to carry a small calculator along so that you understand the correct price of an item. It does also help to know a few basic Chinese words and phrases so you find your way around, especially in unfamiliar areas.

China has a burgeoning population and there is often not enough space as people would like. This results in quite a bit of encroachment into each other’s personal space. It’s common to find people calmly pressed against each other while travelling in crowded public transportation. The concept of ‘personal space’ as it is known in the west is completely unknown here. Don’t take it personally if you do not receive so much as an ‘excuse me’ when someone pushes past or bumps into you.

Foreigners in China tend to get a great deal of attention, with the locals even staring at pointing at them sometimes. You may be offended at their blank and emotionless stares, but in China staring (or pointing, for that matter) is quite common and doesn’t carry any negative connotation. It is just a sign of curiosity for which you need to brace yourself, because you may get stared at even while you’re eating at a restaurant and it’s best to stay cool and understand that the locals are just inquisitive about you.

It is rare to find groups of people arranging themselves in orderly lines outside a place like a ticket window. They can also get quite aggressive and cut the line or push past in front of you. Here again, it’s important to remember that you are in a different culture where many factors play a role, such as the overpopulation for instance. So stay cool, but don’t hesitate to stand your ground and keep people from stepping in front of you.

Like the staring habit, the locals in China also like to ask foreigners to pose for a photograph with them, especially in parks or other public places. Some have even been asked to sign autographs for them. While most people, especially the families, request you to pose for them, there are some who may click a few without your permission. But this is a harmless thing and the locals are often sporting enough to return the favor by posing with you for your own photographs.