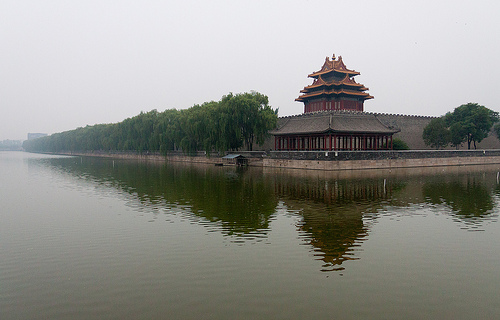 China’s economy is one of the fastest developing economies in the world. Foreigners, especially those with specialized skills, are able to find lucrative employment due to the increase in job opportunities and business prospects that have occurred over the years. China has a huge number of foreigners living and working within the country, and for these expats, living in China is an utterly unique experience.The country has a distinct culture that has persisted through the centuries, and even with the political upheavals and the rapid economic expansion of recent times, China holds strong to its ancient roots. The language and the unfamiliar cultural practices can sometimes be disorienting for expats, and they usually take some time to adjust to the new environment.

Humour is one of the areas in which cultural differences between countries can appear more pronounced. Jokes can often get lost in translation and the ambiguities of language. As an expat, you may often encounter situations where you are unable to understand the local humour or your local friends and acquaintances are unable to understand your jokes. This can easily cause you to feel left out or embarrassed.

Even if you have learned to communicate effectively in a given culture, native speakers who have grown up immersed in the culture may still not find your jokes funny. The key to using humour to bond with people is to understand and use the unique cultural codes of the country.

Humour in China does actually resemble “English” or “western” humour in many ways. The main challenge is that most jokes contain key cultural references that simply cannot be translated effectively. Some Mandarin jokes that could elicit roars of laughter from a Chinese audience may leave a group of Westerners sitting in confused silence. Or worse, they would require too much explanation, stripping the humour right out of them.

Another difference is that while western humour typically uses a twist that makes a joke funny, Chinese humour has more to do with the various meanings of words. A few other differences to keep in mind: physical comedy sometimes does not go down well with Chinese people; neither do jokes about marriage, since it is considered too personal.

Expats living in China eventually learn about a category of jokes called ‘cold jokes’. Chinese people will sometimes explain this type of humour by saying that these jokes are humourous because they are actually not funny at all. Cold jokes are called so because when one hears such a joke, he is likely to shiver instead of laugh, since the joke is so terrible! An example of a cold joke would be:

“There was a hide and seek club at my high school. The president still hasn’t been found.”

The point is that it should elicit a sort of deadpan or awkward reaction, which indicates that it is actually a good ‘cold joke’. The audience may also make remarks such as “It is cold in here, isn’t it?” or “I feel a cold wind blowing.”

There is sometimes sarcasm underlying certain Chinese jokes, especially those about Fu'erdai or the ‘rich second generation’. These are the sons and daughters of those who acquired wealth during China’s reform era beginning in the late 1970s. The general public often negatively stereotype this class of people in an attempt to criticize or expose the things they feel are wrong about Chinese society. Humour, in this case, is used not only to elicit laughter, but also to serve as a stepping-stone for further discussions about social issues.

A note on saving face

When living in China, understanding the cultural concept of Mianzi or ‘face’ is essential. Its importance comes from the social harmony that has always been a part of Chinese culture, as well as concepts of self-respect. It remains a strong motivation among Chinese people and is not taken lightly. Foreigners who are not familiar with the concept may feel that their Chinese counterparts are being overly sensitive or easily offended. But causing someone to ‘lose face’ can be deeply insulting, especially in business settings. This does not mean that you can’t use humour to break the ice. In fact, it is common practice to have a polite, casual conversation before getting down to business. Chinese people enjoy intelligent humour and pleasant conversation in business settings, but as a precaution, it is advisable to steer clear of sensitive topics such as politics or cultural criticism.

How have you found the sense of humour in your new country? What are the differences between local jokes and those back home? Let us know in the comments.