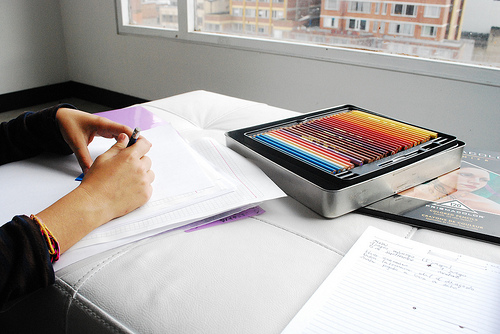 Colombia is among the most populous countries in Latin America; it is greatly urbanized, and most of the population inhabits the cities. Colombians have had broadband internet access since 1997, but the service was initially very expensive, since it was charged in US dollars. Since then, internet access in the country has seen considerable change.

The entities that were instrumental in bringing broadband access to Colombia were Bologna-based University of the Andes and the cable TV operator, TV Cable.In those early years, cable internet access was available in Bogotá and Bucaramanga, and since it was so expensive, only the richer areas could afford it. ADSL internet access arrived in the country in 2001, leading to commercial friction between cable operators and telecom companies.

It is only in Bogotá – the largest city in Colombia – and Bucaramanga, where the entire city has access to cable and ADSL internet at the same time. The operators focus much of their effort in attracting new customers in these two cities. Other Colombian cities, such as Medellin, Cartagena and Cali, have a single ADSL operator that caters to the whole city. Since there is no competition between cable and ADSL operators in these cities, the tariffs are much higher. The cities with populations of under one million are provided with broadband access by Colombia-Telecom, which is partly owned by the government.

Colombia has a number of cyber cafes across all the major cities. They can also be found beyond the cities, although there may be just one in each small town. At cyber cafes, internet connections are fast and quite affordable. But you may require a Colombian ID card to use the internet at one of these places. There are also several free wifi zones to choose from, which can be found in all the major cities.

Setting up an internet connection

The main broadband internet service providers in Colombia are Claro and Movistar. Both companies offer different types of internet plans. Based on your usage requirements, you can choose speeds anywhere between 1MB to 50MB. You will also receive a wifi modem at the time of setup, with which you can access certain wifi zones of that service provider. Providers offer more affordable plans if you also buy their mobile phone and TV options. You may require a Colombian national identity card (cédula) to apply for an internet connection. This is a must for everyone who intends to live in the country for more than three months. You will need to apply for the ID card within two weeks of your arrival in Colombia. In the meantime, and for those who are on shorter stays, service providers offer a prepaid 3G dongle that can be acquired without a national identity card.

The Colombian government does not place any restrictions on internet access. Credible reports about the government monitoring chat rooms and emails have also not surfaced over the years. But a law pertaining to digital copyright is currently being opposed because it appears to limit the rights of citizens to access information.

However, there have been reports of journalists being targeted in an attempt to restrict or suppress free speech. The government is also believed to have issued warnings to journalists about suspending their licenses and in some cases, intimidation and violence have also been reported. Journalists in Colombia have always had to deal with threats due to the prevalence of drug cartels and gangs. For this reason, some journalists avoid writing on drug trafficking and corruption.

Per Colombian law, internet service providers are required to supervise their content and if any illegal activity is found, the government must be notified. Colombia also has a campaign called Internet Sano (healthy internet), which encourages ‘decent’ internet use and calls for penalties on those who do not adhere to it. As part of the campaign, some websites, such as adult entertainment websites, have been blocked. The Colombian government also makes efforts to protect children from exposure to pornography on the internet. There are also laws in place that deal with internet privacy, electronic surveillance and cyber crimes.