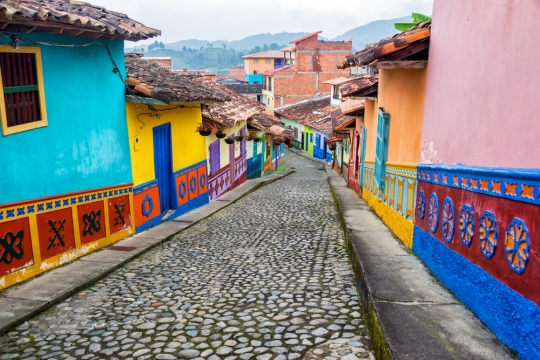 Medellín, Colombia’s second largest city, has a huge expat population, and is popular with digital nomads and short-term visitors too, so there are plenty of people looking for an apartment to rent there. The good news is that there’s something for almost every budget in the city, with some really cheap deals to be snapped up, as well as some high-end options for those willing to splash the cash.But how do you actually find an apartment in Medellín, and what things do you need to consider? Read on to find out more.

Once you’ve made a decision about the status of furniture in your future apartment, it’s a good idea to list other requirements you have, as this will help you narrow down your search. Some common features that can be found in Medellín apartments include a balcony, gym access, a shared pool, a washer/dryer and air conditioning. Do you also have specific requirements for the location of the apartment? Should it be near public transport, in a quiet area, close to shopping, nightlife or restaurants? Have a think before you start looking as the range of options is wide, and this will give you a framework to build your search around.

Perhaps the most important question to ask yourself when looking for an apartment in Medellín is where you want to live. The different neighbourhoods of the city have distinct vibes, advantages and downsides to take into consideration. Here are some of the most popular neighbourhoods for migrants to look at as well as their pros and cons.

El Poblado is probably the most upscale, affluent neighbourhood in the city and, accordingly, is the most expensive place to rent. It’s where many of the city’s swankiest hotels and restaurants are situated, and is an easy place to live if you don’t speak any Spanish as most people working in the area will be able to communicate in English.

Laureles/Estadio is a leafy, residential area next to the football stadium – hence the name – with loads of outdoor areas for sports nearby if that’s your thing. It’s good for shopping and nightlife, but still quiet and peaceful for the most part.

Ciudad del Rio is still up and coming, and offers some fantastic views of the mountains. It’s full of high-rise apartments and has fewer good restaurants than other areas, but is affordable and becoming more desirable by the minute.

Envigado is probably the most relaxed, calm neighbourhood you could choose in Medellín. Buildings are pretty low, and it has plenty of picturesque parks and squares around, as well as fantastic dining options. It also has the advantage of being close to El Poblado without having the typical touristy vibe of that neighbourhood.

Should You Employ An Agent?

Obviously, the main advantage of employing an agent as an expat is that they will speak Spanish, so this is a necessity if you’ve arrived in Medellín and don’t speak the language. However, even if you do, having an agent to show you places will greatly increase your options as the majority of rentals in the city are not listed online, meaning that looking on your own can be frustrating. It is important, however, to do some comparison between agents as it’s possible that some will try to take advantage of the fact that you’re new in town and so charge you a ‘foreigner’ price.

Dealing With The Fiador Situation

While putting down a security deposit is not the norm in Colombia, most apartments for rent in Medellín will require you to have a fiador, or guarantor, which can be a tricky requirement to fulfil if you’ve just arrived in the country and are looking for a place to live. There are typically three ways to skirt around the need for a guarantor when renting.

Find an agent who does not require you to have a fiador. There are only a few of these around, and if you speak Spanish (or have someone who can translate for you), you’ll have a better chance of finding one. Also bear in mind that these agents will require you to pay the rent in advance instead.

If you can get in touch with the owner directly, it may be possible to have an agreement with them that does not require you to have a guarantor, but again you’ll likely have to be willing and able to pay rent in advance.

Being sponsored by a company will satisfy most agents in place of having a guarantor, but this of course only works for those people moving to Medellín for work and so are in a position to ask their employer for this favour.

Knowing what you want, what your budget is and being able to look at multiple flats are the three main things you’ll need to find an apartment in Medellín. If at first you don’t quite get what you want, don’t be defeated, just keep trying, as the market has a pretty high turnaround and new places can become available quickly and often. If you don’t speak Spanish, having the help of someone who can will make the process a lot smoother, and likely a bit cheaper. Plus, bear in mind that perseverance and a positive attitude will go a long way!

Have you lived in Colombia? Share your thoughts in the comments below, or answer the questions here to be featured in an interview!