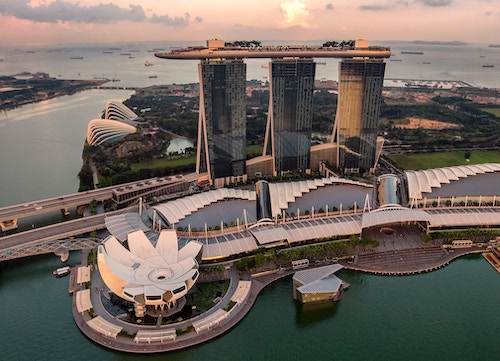 I was recently asked to share my experiences of working & living on the island for 16 years as an Asian. ‘Little Red Dot’, as Singapore is sometimes known, was founded in the 19th century as a British trading colony in the heart of Southeast Asia. Today it is a cosmopolitan city-state with a harmonious blend of culture, cuisine, arts, and architecture, and it has a well-earned reputation as one of the freest, most prosperous, most innovative, most competitive, most business-friendly and least corrupt economies in the world.The founding father of Singapore, Lee Kuan Yew, created the blueprint to transform this country into a thriving nation. Apart from strong pro-business and regulatory policies, other factors – such as the country’s strategic geographic position, excellent infrastructure, favorable tax regime, and a highly-skilled and cosmopolitan labor force – have made conducting business in the country very attractive for companies and global investors.

Supported by a pro-business government, up-to-date infrastructure, and a talented workforce, Singapore has attracted numerous multinational corporations to its shores. Together with the numerous local businesses, Singapore has become one of the most sought-after destinations in Asia for work opportunities.

Singapore’s work culture is a rare mix of Asian and Western influences; however, if you scratch beneath the surface, you are likely to find many inherent beliefs and practices that are quintessential to Singapore’s Asian identity.

Traditional Asian values are still seen as important in this country, which is made up of a majority Chinese population. For this reason, the value of relationship-building and maintenance is not to be underestimated. This is a group-oriented culture and it is not unusual to see Singaporeans with networks built over years of long-standing relationships with common ground.

Unlike some of its Asian counterparts, Singapore is a multi-cultural and multi-religious society. Work environments do espouse this diversity and the norms practiced on a day-to-day basis are often unwritten and subtle. It is, however, not difficult to observe and learn; attributes of Asian culture include the importance of family, respect for authority, and keeping face.

In most large multinational corporations, we are likely to find a predominantly western work-style culture, whereas local government offices and private companies are more likely to have traditional Asian cultural influences. Hierarchical relationships between supervisors and employees usually translate into an environment where openly challenging the chains of command would be deemed as inappropriate.

Moving to Singapore from any other part of the world or, indeed, any new country, can be daunting at the onset. Job seekers over the years have been offered some useful tips:

Many of Singapore’s business processes take place online. To find a job in Singapore, an online job search would be the quickest method to search for current openings. Numerous job boards, headhunters and recruitment firms are available in Singapore. However, there is a strong emphasis on networking within the resources and communities in Singapore, especially for expatriates.

Singapore offers a wide range of opportunities for skilled and experienced professionals in various industries and there is a plethora of organizations and professional groups to join for networking. Participating in groups across various realms, rather than only expatriate ones, is also recommended.

Individual organizations and various associations may be helpful to individuals to help increase contacts and develop skills in their field. International conferences and exhibitions are also good sources for networking.

Online networking forums have increased their presence in Singapore. Coupled with social media platforms, such as LinkedIn, these online networking opportunities have resulted in successful business and hiring transactions. Think about the following when planning your networking strategy:

➢ The reason you want to network. Networking is about building a relationship and to gather intelligence
➢ Who do I want to meet and why?
➢ Your Personal Branding Statement/Elevator Pitch
➢ Leveraging off social media platforms to broaden your connections