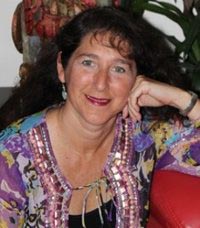 Whatever country you’re living in, the day to discover where the closest hospital is, how much healthcare costs, what the quality of service is or what ‘exactly’ your health insurance covers, is not the day you wind up in the hospital.

We have been in Thailand for two years now and have not needed any emergency care. The odd intestinal bug, ache, bump or scrape, can be remedied by going to the corner drug store where, upon describing your symptoms, the pharmacist will make an educated guess and sell you pretty much anything you need, over the counter pretty cheaply.

We’ve had all of the above but generally speaking, we’re both healthy other than the run of the mill, getting older aches and pains… the sick one in the family is the cat, but that’s another story!However, if you have pets, it’s also a good idea to find a good vet as soon as you arrive rather than waiting until you need one.

So, back to my story. The other day, I was grateful that my husband had previously done the square search and proclaimed that Bangkok Hospital in Phuket would be our healthcare centre of choice. Otherwise, we would have been in a quandary when he returned home after an exhilarating day at a local air show complaining of heart palpitations and rapid pulse. I was concerned, but not alarmed as he had experienced it before, and had been told his heart was strong and there was nothing to worry about. A quiet night and good night’s sleep should do the trick. All through the night it remained well over 100 and continued into the next morning so, off we went to the hospital, knowing exactly where it was and what to do when we arrived, which was slightly comforting. We didn’t have to scramble for emergency numbers, search the Internet for the closest hospital (not necessarily the best sometimes) or struggle to find it (it is sort of hidden away… but it’s like anything else, it’s easy when you know how).

When you walk in the front lobby of this hospital, it’s like you’re entering a high end hotel, with beautiful Thai women, dressed in traditional, colourful Thai outfits, greeting you with big smiles and a ‘Sawadika’! Not a white nursing uniform or green surgical scrub in sight at first blush.

We explained the problem, did the check-in in about five minutes, and were quickly escorted to the Heart Centre. As my husband was obviously able to walk and talk, it wasn’t a serious emergency so we did have to wait about 30 minutes before a tech came and ushered us into a room to do an EKG. Back to the waiting room we went, and not ten minutes later we were sitting in front of a cardiologist who was reading the EKG and frowning. He had asked to have a second one done to confirm what he was seeing… a type of arrhythmia that was unusual, not life-threatening, but, in his opinion, did need ‘an intervention’. When we asked him to explain what that meant it took a few minutes to fully understand (his English was good but heavily accented)… what I heard was ‘make a sock’ but what he was explaining was that they would have to shock the heart back into regular rhythm. What! They admitted my husband and scheduled the treatment for two hours later to ensure that his breakfast had digested.

Slightly behind schedule, the doctor re-appeared, followed by a team of nurses wheeling in a machine and setting up instruments in preparation for what was to come next. When the doctor said, “It’s time for the intervention” I decided it was probably time for my exit, which he agreed was wise when I asked if they needed me to leave the room during the ‘procedure’.

As I waited outside the CCU, I was surprised to see an administrator, in a snappy grey, neatly pressed suit, whiz by on a motorized stand-up scooter, the ones that move when you lean forward. It was complete with a basket of patient files hanging off the front. How innovative! This place certainly had the latest and greatest, along with an efficient staff, from the clerks at the ‘check-in’ desk, the EKG, technician, nurses and doctors, who were all very attentive and professional. And, it was spotless, with gleaming white floors, comfortable couches and chairs, and even a Tsunami Memorial Gallery to peruse while waiting.

All the procedures went off without a hitch, my husband’s heart rate and rhythm returned to normal and he was discharged the next day. The least pleasant part of the experience (for me anyway since I wasn’t the one who was at the receiving end of the shock) was waiting for the hospital to tally the bill and deal with the insurance company. But that’s minor when you know your loved one has had the best of care. And, the bill was a fraction of what we would have paid ‘back home’ so all in all, we have absolutely no complaints.