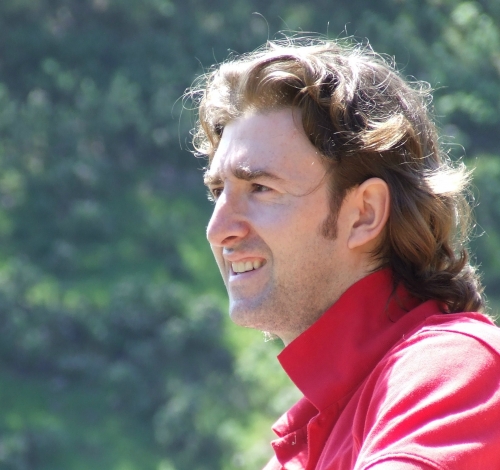 The process of buying a house in your own country is stressful enough. So add the complications of having to learn new house and bank related vocabulary in another language, figuring out the different laws and processes, plus the fact that in Spain there are a lot of corrupt money thieving estate agents, then there’s no wonder that the grey hairs on my beard have started to sprout out like little strands of water cress.We’ve recently bought a house in Sevilla. We were certainly lucky getting a decent deal in the current, disastrous climate in Spain, where things are supposed to be ‘picking up,’ and we are more than happy being home owners for the first time. But if I think back over the last six months, there were a few things I would like to have known, especially with regards to estate agents.

“Estate agents will sell their own grandmother’s ballerina jewellery box for a few quid,” quoted my Dad when I told him I was having a few problems. Having known a few school colleagues who turned into wheeling, dealing estate agents back in London, and also having worked in the wonderful, deceiving world of Sales, I was aware that these, normally dodgy, geezers would be up to all sorts of tricks to get extra money.

We saw about ten flats and houses before we bought ours, most via an estate agent, and a couple were up to some nasty scams.

“So can you two sign here before we go in the house,” said a female estate agent as we stood outside the first house (we’d seen a few flats by this stage).

I did a quick calculation in my mind and figured that three grand on a total cost of buying a house seemed reasonable. More fool me. After looking round the four-bed house with upstairs terrace and a large patio out the back for only €135,000, we immediately agreed that we loved the place. But things weren’t that straight forward.

“Oh great, so why don’t you come down to the office now and put down a deposit,” said the estate agent as we left.

“How much?” asked my wife.
“Three thousand,” she whispered. The fact that her voice dropped, and she cowered over us as if telling us a nasty secret about the house owners made me slightly suspicious.
“Three thousand?” I said, loudly.
“Yes, it’s quite normal in Spain,” she said, overly stressing her native country. She knew I’d never bought here before. “It means you can keep hold of the house and no one else can buy it. Also, if they decide to pull out later on, then they pay you double. Don’t worry about a mortgage; we can sort that out for you.”
“Sure,” I said, starting to not like this pushy woman. The problem was we both felt positive about the house. “Well, we have a couple more houses to see, so we’ll be in touch.”

We saw another house, which was nothing in comparison. However, the estate agent mentioned nothing about a fee or placing a deposit straight away (neither had any of the other estate agents we’d spoken to), so I knew something was up.

Later that night after work when I got in my wife told me the estate agent had called.

“What did she want?”
“She wants us to come down and pay the deposit tomorrow. Someone else has seen the house and might go down, so to stop us losing it we need to go.”
“Rubbish,” I muttered, thinking of a more expletive word. I remembered how many times I’d tried to fool jobseekers when I’d worked in IT Recruitment. “That’s the oldest trick in the book.” There was no way I was going to pay a deposit, partly because we hadn’t even had the mortgage confirmed yet, but mainly because I didn’t trust her. The next morning I gave her a call.
“Yeah, so we can’t pay until we have the mortgage confirmed.”
“Oh that’s fine,” she said. “We can sort out a mortgage for you in about ten days, just come down the office and reserve the house.”
“Yeah sure, I’ll be right down there. Hang on, why don’t I just transfer the 135,000 right now?” I wanted to say, but in the end told her we were going to see another house; to play her at her own game.

After seeing a few more places, we realised that it was the best deal going, but I felt jittery about dealing with this money sucking leech. My mind can play havoc with me when I get nasty vibes. I imagined handing over the cash and suddenly never hearing from them again. Perhaps the home owners were in on it and were going to split the money. We hadn’t even got the mortgage sorted at this stage anyway.

Luckily I got chatting to people at work, and it turned out that one of my student’s Dads was a lawyer. So he came in to chat with me. It appeared the whole deposit scheme was quite normal. He’d just bought a house and had done the same. The problem was that if we didn’t get the mortgage approved within a certain time, we’d lose the cash.

“Tell them to put a clause in the contract saying that they return the cash if you don’t get the funds.”
“Can they do that?”
“If they are a decent estate agents.”

Turned out they weren’t. We went down the office and met the smarmy director. There was no way he was going to change his contract. He pressured us into paying the deposit; there were now several people interested. Despite being tempted, we held our ground, which was just as well.

About three weeks later, after speaking with several banks, we managed to get one to approve our mortgage, but on the condition that the price was €130,000.

There was no way I was going to commit fraud and have Hacienda- the tax office, chasing my arse in a few years. “I think it’s best we leave it then,” I said. He tried to convince us, but there was no way I was going to deal with such a cretin. It turned out that quite a few estate agents try to pull the same trick. Every time we saw a house after that we asked straight up to avoid wasting time seeing a house.

The house that we eventually bought went through an estate agent and the sellers paid him. To be fair he was pretty good, but he was different to the others which had showed us round. He wasn’t as pompous, didn’t have his hair slick back, and we didn’t feel as if he was lying. He was just an average guy, on his own, trying to make some cash, which he did I guess.

If you’re buying in Spain just watch out for those estate agents, it’s a buyer’s market at the moment and definitely worth waiting for the house you might be spending the rest of your life.

Have you bought in Spain? Did you have problems with conniving estate agents?