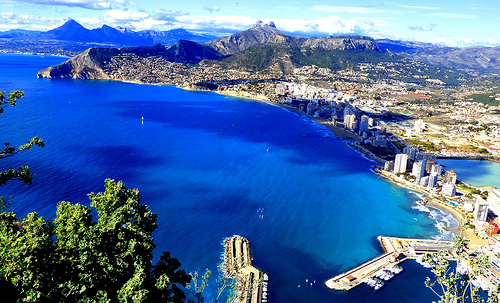 Bringing up two Spanish kids to be bilingual is immensely harder than I expected. Since arriving in Seville, back in 2005, I’ve spoken to many British expats about getting their kids to be completely bilingual and have come across a vast range of experiences.One guy I know has two teenage daughters and he’s happy with their level. Luckily his wife is an English teacher, so at home the parents speak mostly English. The sisters hardly ever speak to each other in English though, only when they don’t want people around them to know what they are saying. One morning, back in the day while he was playing with them at the park, another kid made a comment about the fact they were speaking in an alien way, and his daughter got embarrassed and stopped speaking in English in public for a while. But she grew out of that.

There are a couple of people I know whose kids are completely bilingual. A mate of mine who has two sons, one of which was in England until he was about 3 and has a Yorkshire accent. Another colleague of mine has a daughter who is about 15 and has already sat the proficiency exam and passed with 99%. I was lucky enough to teach her during my first week here, and even then she was impressive. Listening to them switch between the two languages is remarkable.

Other people I know have kids who refuse to speak to them in English. They understand everything, and know what they are saying, but just won’t converse with them.

I’ve heard about a rebellious phase that bilingual teenagers go through. Suddenly they reject the non-native language (and at times the parent) and refuse to speak it. Over time they realise the importance and start speaking it again, in theory.

My personal experience is in the early days as my kids are 3 and 1, however, there are already signs that my son prefers to speak to me in Spanish.

Before he started nursery his English was definitely stronger than his Spanish. I saw him more though and was able to do a lot with him. Now his level of Spanish is improving every day, and although is English is getting better, it’s not as advanced as I’d imagined, but I am comparing him to his cousins in England.

When I pick him up from school he’ll speak in Spanish for a bit, but I play the fool and pretend that I don’t know what he means, and he switches to English, but when we get in he goes back to Spanish again.

He’ll speak to my parents in English, and in the summer back in England he was speaking mostly English, but now and then Spanish, even to his cousins. Saying that, his vocabulary is miles above his school mates’, and his pronunciation is spot on. He’s the only kid in the school with a British parent, so the English teacher was blown away by his level.

This weekend I saw some progress as he started speaking to his sister in English, without my prompts. At home we speak this weird Spanglish language anyway. I’ll speak to them in English, and although my wife has a decent level of English she just feels weird not speaking to them in Spanish, especially if I’m not around, which I can understand completely. Occasionally I’ll speak to my wife in Spanish in front of them, and when we are out and about I have to speak in Spanish. When we are with my wife’s family I’ll obviously speak in Spanish too, so they know I understand Spanish.

It’s funny because my son has corrected my wife a couple of times on her pronunciation. I’m just waiting for the day when he starts correcting my Spanish.

My daughter is a bit behind his level at the same age. She’s only just starting to speak in Spanish, but she struggles with English. Her vocabulary is not as expansive as his was, but that’s mainly because I’m not with her as much as she started nursery earlier than he did.

We have the T.V. in English all the time, and games they play on the tab in English too, plus there’s English music on in the background. The other day we started to watch one of their favourite programs, Paw Patrol, and it came on in Spanish, and my son looked at me confused as if asking me to change it.

I guess it’s still early days, but I have that fear that they won’t be perfectly bilingual. As an English teacher, I don’t want to have that same class atmosphere at home ‘Come on, English now please.’ It’s bad enough at work. It does seem to feel like a bit of a battle already though. My son will say something, in Spanish, and I’ll say ‘What do you mean?’ and he might repeat it again in Spanish, so I’ll just frown, and then he’ll cotton on and say it in English. I find myself repeating what he says in Spanish in English, just so it sinks in, but I’m not sure how long that will last before he gets annoyed with it. I know I would have done if my mum repeated everything I said.

I’m by no way an expert on bringing up bilingual kids, but it is very different to the classroom, it’s more natural for one. I just go on my gut feeling. I think we should have kept the house completely English, but I guess there’s no going back now. What do you think?

If you’re just starting out with a new born then I’d recommend the following.

• If possible, keep the language at home in English. They’ll pick it up in school anyway. Fair enough, they might be a bit behind the others to start, but they’ll catch up.

• Be patient. At times I get frustrated with my kids’ progress, but it’s so different from teaching English in a school. Just let them go at their own speed.

• Don’t give in. Be persistent and even though you know what they are saying, pretend you don’t.

• Do what’s natural. You can’t expect your kids to speak in English to each other all the time; it’s just not natural for them.

What experience have you had with your kids becoming bilingual, has it been a constant battle? Have you got any interesting techniques to help anyone reading, and me?