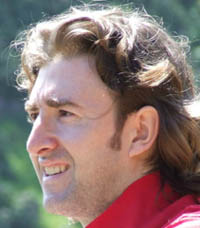 Do you ever wonder whether you would be better off back in your home country? I guess it’s only natural that we do. In previous blogs I’ve talked about how I often compare my life here to my home country. I’ve just returned from a month in England and had a great time catching up with family and mates, which was the main reason I went, but if I had to return for good, I’m not sure I could.

I do miss certain aspects about living in England, so here are a few reasons why I could possibly move back there.

Reasons why maybe I couldHumour and Banter

One of the main reasons I miss my family and mates is because of the unique sense of humour that we share. It’s mainly a culture thing and the general way of thinking has a funny side to it. When important events are happening we can take things too seriously, but I’d say the outlook on life is quite upbeat and easy to laugh about.

Whenever I meet up with my old mates it’s amazing how quickly we revert to our old ways as young lads and banter flies about, probably not to the extent as it did now that we have kids within listening distance though. The dry sense of humour is hard to come across in other parts of the world. There are only a few people I know in Spain who share a similar sense of humour. Ironic jokes are followed by confused faces and silences, unless my wife is there to explain them.

After travelling the world, London is probably still my favourite city. The other day I was reminiscing about when I was fourteen and took a trip up to London with a mate without telling my parents. The adrenaline rush of waltzing about by the River Thames and going on the H.M.S Belfast boat up by Tower Bridge is firmly lodged in my memory bank. I had loads of great times a young lad working in London, crazy nights out, and lovely days up there with my wife.

I couldn’t live there, not with all the noise and stress, but I miss not being able to just pop up there for the day. This year was the first time with my baby boy, and it was challenging getting about with a baby in a pram, not only because only a few tube stops have lifts, but dodging in and out of people in rush hour was manic.

I love London though, and its luring power could possibly keep me happy if I ever returned to England.

As a keen football fan, and Spurs supporter, I find it hard living away from the football culture in England. Luckily I work with a few footy fans so we have a laugh in the staffroom, but I miss the Premiership coverage on the box. I watch most Spurs games on my laptop, even if I’m doing something else at the same time (especially when we are playing crap), but I lose track of what’s going on in the league. I read the BBC and Telegraph sports pages online, but it’s not the same as watching on Sky Sports or Match of the Day.

While I was back it was great catching a couple of games. The analysis at half time and after the game is much better than over here. I can’t get into the Spanish league either. It’s always normally a two horse race. I follow Sevilla now and then, and usually support Barcelona, but I won’t be able to now that Luis Suarez has gone there.

Reasons why I probably couldn’t return

I try hard not to be affected by the weather. I know it’s a major talking point back home, and it is here too, but after quite a few miserable rainy days back home this August I realised how the bad weather can really get in the way. I like the rain, especially when it lashes down in Sevilla after three months of scorching heat, but at times it can be a pain.

I love the way we just shrug it off back home though. The first time I took my wife to England we were walking around my town when it started to spit, she immediately pulled out the umbrella.

“People here are crazy,” she said, pointing to a couple walking along in t-shirts while blowing away the drizzle. No one got an umbrella out until it properly started to pour down, and even then people were strolling quickly just to avoid getting wet (which I’m not sure actually helps).

Then there was the time we went down to Devon for the weekend. I was walking along the beach, in the rain, with my shoes and socks off paddling while kids jumped about in the sea, and my wife was wearing a duffle coat zipped up to her nose.

Admittedly it does get unbearable in the summer months in Sevilla and life is restricted, but for the rest of the year the weather rarely stifles your day, apart from when the rain pours in the religious festival known as Semana Santa. I forget how miserable the weather can be in England, and how it can make people really moody.

The pace of life is a million miles faster than over here. Even when people are off from work they seem to be rushing about. I know I was, trying to cram in as much as possible to see people and show off the baby.

What I thought was slightly mental, and I’ve never seen before, is that every night when I came home from work people were literally running out the tube doors and up the stairs. I’m not sure if it was because they had to catch a bus, or the start of Eastenders, but it was funny to see. Watching people rush about in the morning on the tube and bumping into each other was hilarious too. Saying that, I tend to walk fast here and get annoyed when people don’t stay to one side on the metro escalator, they haven’t worked that one out yet. Also they don’t get the whole ‘let people off before you get on the metro’ approach.

I find myself relaxing as soon as I come back to Sevilla: taking longer over meal times, leisurely strolls down by the river with the pram, and not filling my day with so many things to do that I don’t remember half of what I’ve done. Could I return to the rat race? Probably not.

Despite the fact that earnings are a lot higher in the UK than in Spain, I still find the general cost of life far too expensive. I try to live a simple life here, a TEFL teacher’s wage is not the best in the world, and we get by, but even trying to live simply in England costs a fortune.

The price of basic food at the supermarket is getting out of control, as are the prices of coffee and a pint of beer. One night I went in a pub just round the corner from my folks, nowhere near London, and it was £4.70 for a pint. I remember the good old days when you could go out and have four pints for a tenner.

I’m quite lucky because I get to work a bit while I’m back to pay for the trip, but if I didn’t I’d constantly be comparing it to prices here and it would take me all year to save up just to see my family.

House prices have gone through the roof too. If I think what people get for their money and compare it to Spain, it’s madness. For what you pay for a two or three bedroom flat back in London you can get a four bedroom house by the sea over here. It does come back to earnings, but it would be hard to go back and not compare the cost of life to here. The same thing happened when I left Thailand after seven months, I was always comparing to Euros to Baht.

I do love my country and enjoy going back home to catch up with people, but I think deep down I’m past the stage of return. Not to mention trying to persuade the wife to come with me. What about you? Do you often wonder whether you could return to your home country? Have you gone back because you couldn’t take it anymore?