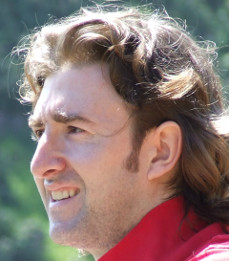 Is it only the brave who have the guts to live abroad? Do you have to be a little bit mental to give up the safety of your own country and explore the depths of the unknown? I guess you do in a way, but everyone should be able to make up their own minds about whether being an expat is for them.

Being an expat might not be for you. You may hate being a foreigner, have absolutely no skill at speaking another language, or cry yourself to sleep at night because you miss your local pub so much. It’s worth giving it a go though. What have you got to lose? Being a foreigner is fun, learning another language is fulfilling, and your local will always be your local, unless they shut it down and turn it into a pizza restaurant (which happened in my case).Life as an expat isn’t for everyone. I know plenty of English teachers and expats who decided that they would rather limit their time spent in an alien country to just two weeks of the year. They missed their home country, family, friends, food, horrible weather, and I know one person who left because she was getting behind in all the soap operas.

Here are some reasons why I think you should give it a go though.

Is your curiosity calling?

Have you got that annoying voice in your head telling you to do what so many other people are doing and try living abroad? I was lucky; from the age of about nineteen I was pretty sure I wanted to travel and try living in another country. I used to spend all my lunch breaks in Waterstones looking at Lonely Planet guidebooks, and in the evenings I would nip into the library and make notes on places where I could possibly live and teach English. I guess I was a bit sad back then, but curiosity was spurting out my ears. I had mountains of questions I wanted answered: do people really speak in other languages or is it just my German teacher? Can you get on with people of a different nationality? What does the world actually think of England?

Maybe you have similar questions. Don’t be one of those people who ‘always wanted to try all the wines in the south of France’ or ‘like the thought of buying fresh bread in the morning in Tuscany’, or ‘had always wondered what it would be like to buy a dog in another country.’ Just do it.

You want to learn another language

You might not actually know why you want to communicate in another language, it’s just one of those things that you’ve always wanted to do. After all, everyone should learn English anyway, right? Maybe you got an A in German at school but never chose it for your degree, or maybe you like watching French films and find the accent sexy, or, like me, maybe you want to be able to tell jokes in another language. If that’s the case then throw away that crappy phrasebook you bought at a car boot sale last summer and get a move on.

A year living in a country is worth about eighteen years on a language course (I tell that to my students too, it’s supposed to motivate them to live in an English speaking country, but when they realise they can’t, I think it depresses them). At A level, and even at university, they don’t teach you half the stuff that you learn while living with the locals, and especially not as much if you go out, or even marry one. It’s the best way to really learn another language, and the satisfaction you get when you can finally chat to the locals is worth more than any G.C.S.E certificate.

You’ve had enough of the opposite sex in your country

Have you been having a rollercoaster romance ride with people of your own kind? Do you wonder if you should have been born a different nationality? Do you find other nationalities a whole lot sexier? If so, then make that plunge. I’m not saying it’s easy to find a relationship with a local. In fact, it can be tricky chatting up someone who doesn’t speak English (I recommend carrying round a dictionary when you go out at night).

When you do finally manage it, you’ll find the cultural differences immense. Some of the questions my girlfriend asked that left me baffled at the beginning were: why do you like eating eggs in the morning? Why do the British start drinking so early? Why do you always say sorry, especially to people you don’t know? Maybe she had a point.

It’s a steep learning curve and one that could send you packing back to your country in no time. A lot of the expat women I speak to can’t get on with Spanish men; they find them too macho, too mummified, too hairy, or too lazy. But a few are happy with their partners and have children. A lot of the guys find it difficult to find a Spanish woman too, they either want to get married straight away, or want to go back to England with you. But others are happily married; at least that’s what they say. I am though, definitely, I am.

Maybe you like the idea of no one knowing you, starting out fresh, or being stared at by locals because you don’t have olive skin. Living abroad will definitely show you that you are different, strange, and at times make you feel like a bit of a freak.

Most foreigners stick out a mile in Sevilla. They are the ones who don’t wear scarves and hats when it starts getting ‘chilly’ in November, the ones who ride their bike everywhere because it’s free, and the ones who carry a three litre bottle of water around. And that’s all before they open their mouths.

Just think of the impact you will have when you go down the local market to buy some aubergines – the locals will love it, listening to you attempt their language, laugh at your pronunciation, and they go home and tell their whole family over their three-hour lunch that they met a foreigner, who didn’t know how to pronounce aubergine properly.

Honestly though, it can get a bit much, getting shafted in restaurants, paying more for taxis, and getting hounded by local gypsies. In the end you just laugh it off, you have to or you go insane.

Even if you do decide that being an expat isn’t for you, even if you try your best but realise you hate foreign food and miss your veggies too much, even if you discover that you have zero ability to speak in another language, and in fact, hate all foreigners, then at least when you’re back at home, waiting for the bus or train on a cold Monday morning, you’ll have a tale to share with the others to keep them entertained on such a miserable rainy day.

You can tell your grandkids about the time that you fell in love with a French greengrocer while you were buying a kilo of aubergines, which ended in tears when he realised that you hated aubergines, or when a group of school kids stopped and laughed at you because you were wearing shorts in the winter, or the time when you found out that chicken and penis have a very similar pronunciation. Can you pass me the…..?

So there you go. If you had doubts about whether or not to try living abroad, then I hope I’ve steered you in the right direction. It’s a sacrifice, hard work, and a struggle, but it’s also a great experience. If you have any questions then just drop a comment below.