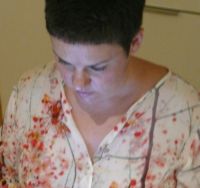 As most things in my little family, our holiday traditions are a bit of a MischMasch of what we grew up with and love from our childhood and various home countries. Where we didn’t spend so much time thinking about these things when it was just the two of us, now that we have one little boy and another on the way, setting up our own little family traditions has become something we put more time into and are enjoying very much.

It always amazes me how many different ways to celebrate Christmas there are even just in Europe. In northern Germany, where we live, Santa Claus, or literally translated Father Christmas, brings the gifts, whereas southern German children get their presents from Baby Jesus, similar to Austria.Both Austrians and Germans celebrate on Christmas Eve, ie December 24th, while Dutch children get their gifts Sinterklaas brings gifts on December 5th, and Spanish children wait until January 6th.

Our Christmas is on December 25th, like in the US, UK and in Ireland. Neither of us being particularly religious, this is, for us, a celebration of love and family more than anything else. Our children will get their gifts from Santa Claus and, if they want, can write letters to him in December, which he will pick up overnight from our window sill.

We have a real Christmas tree with real candles, as is traditional in Austria, and which don’t get lit until December 25th, so the tree cannot go up a month before the celebration, so it is not too dry on the day. Since I like have Christmas decoration up through December, we try to reach some compromise of when to put it up that usually ends up being a week or so before. My version of the Anglo-Saxon tradition of putting the tree up beginning of December is to decorate our living room with Christmas lights, chains and sundry pieces of kitsch.

Our kids can’t walk yet, so we will have to figure out how to keep them away from the open plan living room where the tree is on Christmas morning when the presents have been brought. I am hoping we can convince them to have breakfast in bed before heading down to a lit Christmas tree with one of us. Let’s see…. For now that point remains moot.

Our Christmas dinner is turkey, a whole turkey – I love the dark meat! – stuffed with my family’s special recipe, with roast potatoes from Hubby’s family, and bread sauce, an English specialty also enjoyed in Ireland. We have developed our own little tradition of having quickly steamed Brussels sprouts as greens, having learned to love this vegetable after period of childhood dislike.

During most of this time we have a mix of Christmas music running in the background ranging from modern ethereal – Enya and Sara McLachlan – to the good old crooners like Bing Crosby in the background.

We want to incorporate Chanukah into our holiday traditions as well, but I need to do some more research there, as I have a Jewish background, but little history of celebrating the holidays. That will give us something to do the next couple of years!

Now that we are rolling up to New Year’s Eve we are enjoying the peace and quiet of having a small child that does not want to stay up until midnight yet, and the fact that fireworks do not start going from December 24th, like in Vienna. In both Germany and Austria anyone can buy fireworks, but in Germany they are only on sale from December 29th, so things remain quite quiet until then.

Having had some scary experience with fireworks in my family in the past, I am quite jumpy with them now and would really prefer if the same ruling existed here as does in the UK and the US, where only officially licensed people are allowed to do firework shows. As it is, we enjoy the lights at midnight and stay away from the garden area in our apartment block, where our neighbours enjoy firing their arsenal into the sky.

Finally, on January 1st, we watch the Vienna Philharmonic concert, a must for any Viennese, while having brunch. And so, our American, Irish, English, Austrian MischMasch holiday season comes to an end, and a new year begins.