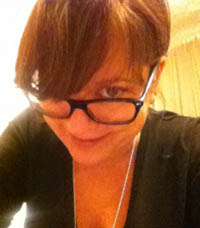 The leftovers are finished, the old year is gone, and now we’re already three days into 2015. Three days! Yikes! This means I’m late writing my column but I have my excuses.

My only excuse, really, is that I was out of town celebrating the New Year. I visited some old friends in London, where a very sweet (and alarmingly short) stranger attempted to spark some sudden romance atop a hill beneath a shower of fireworks as the clock struck midnight. He didn’t succeed but he did make me smile.

As I spent a few days cooking and chatting (and drinking the odd bit of wine) with my friends one discussion in particular had me reflecting on the more than twenty years I’ve spent abroad.My very good friend has also lived in a number of countries over the years and we got to talking about how this has informed the way our lives have played out – and what things would have looked like for us at this point had we stayed where we were rooted.

Like my friend, I left my homeland in early adulthood and was still very much an unformed young woman. On paper I was a grownup when I moved but in reality I hadn’t figured out much, most particularly who I was and what I wanted. The pull of love had put me on a plane and little did I think about the long-term ramifications of that initial decision.

The thing is that when you move to an unknown culture and society when you’re young your transformation into a fully-fledged adult is done in an environment that isn’t familiar. You don’t have your usual network of family and friends at hand whom know you and can support you as you navigate what can be incredibly unfamiliar (and sometimes frightening) waters.

I wonder how many of us have experienced this – and how it has impacted our choices, the development of our adult personalities, and the people we’ve become. Would I have had made the same decisions over the years if I had been making them in a world and culture that was entirely familiar, instead of one that I am still flummoxed by at times? Would similar opportunities have come my way? Would I have faced similar difficulties in exploring and pursuing my dreams? Would I have made entirely different choices as I moved through the years?

Naturally, it’s impossible to answer these questions with any real confidence or clarity, because it’s always about the path chosen and how you deal with what’s right in front of you. I don’t doubt that I would still have become a writer but given that I became a writer in a country where my native tongue was not the language of the country means I sometimes had to make concessions, taking what work I could get in order to further my dreams.

This turns out to not have been a bad thing. The opportunity to work for a world-class broadcasting organisation probably wouldn’t have come my way back home – and even if it had, I doubt I would have snared the position – or even had the confidence to pursue it – at such a young age. That work became the foundation for my entire career as a writer and I learned an enormous amount from some truly amazing people. I was also made not so great professional choices, due to limited options, and while I always hoped for the best it’s clear that had I been at similar professional crossroads and living in my home country I would have faced much less stress and many more choices – and perhaps my career would have taken a very different path.

On the personal side of things we expats do not have our normal touchstones of what is normal and what is not. While human nature is arguably more or less universal it can be difficult to see challenges in personal relationships and friendships through clear eyes when viewing through the prism of the expat life. What can be attributed to cultural differences and what should be seen for what is it: people not behaving well? And how do you successfully figure this out when still going through your own stages of personal growth in a new country?

I have been lucky during my years as an expat in that I have developed many strong and lasting relationships with people from around the world. These have brought – and continue to bring – great joy to my life and I am grateful that so many wonderful people have crossed my path along the way. Like everyone, I’ve also had relationships that probably went on far too long, which may have happened, at least in part, due to not seeing soon enough that the people involved were not just ‘being Swedish/French/Australian/Insert your favourite nationality here’ but that they were essentially not good people, or at least not a good person for me. I think many of us expats tend to chalk up behaviour (at least early on) that would normally set off our alarm bells to ‘cultural differences’, and while this may have taught us some painful lessons I like to think it’s also helped us grow in ways that our youthful counterparts whom we left behind haven’t.

As my friend and I discussed these themes we both agreed that while the challenges have been great and the learning curve perhaps a bit tougher than it might have been, the rewards have been extraordinary. And as we toasted to our long and strong friendship we laughed, realising that had we both not gone the expat route we would never have met, and we would not be fondly looking at our children, who have known each other since they were barely out of diapers, and are now well into their second decade of friendship.