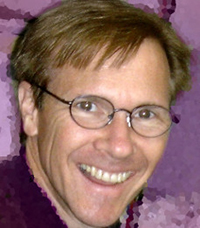 “Things as certain as death and taxes, can be more firmly believed”
Daniel Defoe, The Political History of the Devil, 1726

As certain as death, taxes cannot be ignored. Unfortunately, unlike death, they come around more often than once in a lifetime. When people considering expat retirement sit down with their calculators or spreadsheets to measure the feasibility of their plan, one of the big blanks they draw regards their tax situation as residents of their newly adopted country. Nothing takes the shine off paradise quite like finding out that your escape comes with unexpected, hefty fees to a foreign government.

As complex as the U.S. income tax is, it is very possible that the tax structures in your new domicile will make U.S. taxes seem a cakewalk by comparison.This is especially true in most Third World countries, where taxation feels as if you are single-handedly playing a game of Monopoly against a team of opponents who already own four hotels on Boardwalk and throw nothing but doubles. Of course, a good accountant can shield you from the tax labyrinth, and it is a good idea to consult one while you are still getting your expat sea legs under you. If you want to save money, however, while avoiding surprises, it is best to understand what you might be facing even before you depart for your Shangri-La.

Even if you leave the U.S. permanently and take the drastic step of disavowing your citizenship, the Internal Revenue Service still says that you are on the hook for U.S. taxes for at least 10 years afterward. Most expats prefer to maintain their ties with the States, including bank accounts and citizenship, however. Fortunately, unless your U.S. financial assets are active or you still work for a U.S. company, your U.S. taxes are unlikely to be a big burden.

For one thing, in Third World countries, such as Costa Rica, your cost of living is probably going to be significantly lower. If you count on that, then you may be able to retire earlier and on much lower income, perhaps even under the U.S. federal poverty line. That means that your income tax bill will be little or nil. In addition, you can make money in your new country and your first $92,000 or so of income there is exempt from U.S. income taxes. This amount rises each year. Remember, though, you still have to file a return.

The Example of Explicit Taxes in Costa Rica

Though most expats in Costa Rica do not run businesses or make money otherwise, and therefore probably would not pay Costa Rican income tax, there are still multitudes of ways the government will get into your wallet. Here is a list of most taxes you would encounter if you chose to retire there:

• Sales Tax – Currently, there is a 13 percent sales tax on every good and service (save coffee, rice and beans). Most of the time, it works more like a value added tax in that prices for goods on the shelves usually include the tax. The government, lately, has been trying to convert it to a true VAT and raise the rate.
• Property Tax – Although each municipality can set its own tax rate on your land and house, typically the rate is 0.25% of the assessed value, which is far lower than in the States.
• Luxury Home Tax – This tax is in addition to your regular property tax. If you build your dream house in Costa Rica, you should consult with an assessor to see if your plans might put you in danger of owing this tax. Depending on the value of your home, this tax can more than triple your property taxes.
• Marchamo – This is an annual bill on each of your vehicles, which includes various taxes and basic insurance, including a value-based property tax. In return, you receive a windshield sticker that allows you to continue using that vehicle for the next year. Typically, the bill can be anywhere from around $100 to $1,000.
• CAJA – The “Caja” is Costa Rica’s social security system, which includes universal health care coverage. Every new resident is required to apply and pay the monthly premium, based on your income. Generally, the cost is between $50 and $200 per month for a family, but they are trying to take a bigger bite out of those with higher incomes or a large amount of assets.
• Corporation Tax – This is a new flat tax on corporations. Most expats in Costa Rica use inactive corporations to shield assets, and it is not unusual for a resident to have 2 or 3 or more of these kinds of corporations. Now, each of those corporations incurs an annual tax of about $190. If the corporation is active, the tax is twice that.
• Culture and Education Tax – This small tax is an annoyance. It’s due on each corporation as well, but not until about two months later in the year. This tax you should handle yourself. An accountant will charge you more than the tax itself to pay it on your behalf.

Remember the Hidden Taxes, Too

There are other financial considerations to take into account when moving to a foreign country. These act like hidden taxes on your fixed income. For instance, in most Latin American countries, there are numerous transactions, such as selling or buying a car, which require the blessing of a lawyer. This type of transaction you normally handle on your own in the States. These legal fees, while lower than in the U.S., eat into your budget nonetheless.

Other pressures that tax your budget include:

• Inflation – It can fluctuate greatly, and you are wise to take into account that most Third World countries have inflation at a far higher rate than in the U.S.
• Currency Exchange Rates – The U.S. dollar is not as strong as it once was and has fallen in value relative to the currencies of even Third World countries with poor debt ratings. You can hedge this by trying to balance your money in both currencies or moving to a country, such as Panama, which uses the U.S. dollar as their standard.
• Imported Goods – In a country such as Costa Rica, which does not have oil reserves, the price of goods is higher due to having to import energy. You can mitigate a situation such as this by choosing a resource rich country (e.g. Perú) or adapting by using more locally produced products.

When in Costa Rica, Do as the Ticos Do

Please, do not do anything illegal to avoid taxes in your new country. However, if you do, you did not hear how to go about it here! That said, there are ways to reduce budgetary burdens by taking advantage of the usual lack of supporting infrastructure for taxes in poorer countries. The natives do, why not you? Just as these governments find it relatively easy to build a new road, but not allocate money for its maintenance, they find it easy to impose a new tax without setting aside money for supporting systems to track and enforce it.

In Costa Rica, the most recent example of this was the Luxury Home Tax imposed in 2008. There was a lot of noise in the press about fines if you did not pay the tax, but, in fact, there are no assessment records or standards in place, even now. Unless you voluntarily choose to pay the tax, they have no way to know if it is due or not. Costa Ricans often avoid the sales tax by simply paying cash, especially for services. Even businesses that otherwise have solid accounting systems have ways to shave off that 13% tax for customers wielding currency. This is one reason that the government wants to move to a VAT.

Your Bottom Line in the Tax Department

Though paying your taxes is hard to avoid, especially when you do not perceive substantial benefits in return, it is best to take your medicine and plan ahead. Prognosticating your taxes is not possible all the time, however, due to the capricious nature of governments, so you had better plan for your plans to go awry, too. As in the rest of life, the only constant you can count on is change, more so in some places than others. If it all becomes too much, and you find yourself preferring the certainty of death instead, perhaps this quote will help:

The wages of sin are death, but after they take the taxes out, it's more like a tired feeling, really.
– Paula Poundstone

Casey Bahr writes part-time on a variety of topics, including his family’s move and their ongoing adventures in Costa Rica, chronicled in his blog, A Dull Roar. In addition, he authors two other blogs and contributes articles to Hubpages about do-it-yourself projects, science and technology topics, amateur radio, life and humor.