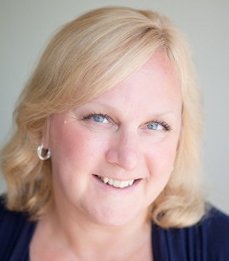 In the family room, gathering up old newspapers for the recycling bin.

We tend to remember precisely where we were and what we were doing when we first hear momentous news. I was working my way through the half-read newspaper sections and outdated magazines littering the coffee table, when my husband appeared at the doorway.

‘It’s official. The Queen’s going to abdicate the throne. She announced it yesterday.’

Our eyes locked as we stared at each other, taking in the significance of the occasion.Having lived in the Netherlands for almost four years, we were aware that Queen Beatrix had been considering for quite some time stepping down after more than three decades as the Dutch monarch. It had been two years since a Dutch friend ‘in the know’ had shared the news tidbit that preparations for a transition had been in the planning for months, even years. It was just a matter of finding the right time – when the country’s political climate and economic situation were stable – to actually make the announcement. That’s Queen Beatrix for you, always thinking of her countrymen and what is best for the nation.

It was then that he dropped the bigger bomb.

‘She’s turning over the throne on Queen’s Day.’

Two sets of eyebrows shot up as our eyes widened in a mix of excitement, disbelief and a hint of fear. Why, you ask?
Excitement because Queen Beatrix would turn over the monarchy to her son, Prince Willem-Alexander, on Koninginnedag, – Queen’s Day – the biggest national holiday in the Netherlands, and we would be right in the thick of the historical celebrations. Disbelief because neither of us could conceive how this tiny, low-lying country could possibly outdo themselves in throwing what is already easily classified as the most flamboyant 24-hour fête imaginable. And a touch of fear, because if anyone could manage to do it, that would be the Dutch.

The Dutch monarch’s birthday has been celebrated since the latter part of the 19th century, and specifically on April 30th since Beatrix’s mother, Queen Juliana, took the throne in 1948. When Queen Juliana turned over the monarchy to her daughter in 1980, Beatrix chose to keep Koninginnedag on the same day out of love and respect for her mother. Conveniently, this also meant the celebration remained squarely in spring rather than during the winter cold and damp of Beatrix’s late January birthday.

Which brings us to exactly what they’re gearing up: a national extravaganza that, in ordinary years, is already the equivalent of New Year’s Eve, the Fourth of July and Mardi Gras rolled into one. Only this year, they’re adding the overlay of spectacular festivities marking the abdication and coronation ceremonies. The tributes began almost immediately upon the Queen’s retirement announcement back in January, and commemorative memorabilia has been hitting the shelves for months. This year, the orange shirts worn on Koninginnedag and Koninginnenacht, – Queen’s Day Eve, when the national party actually gets started – offer a choice of Beatrix’s smaller, feminine crown or the larger, more masculine version to be worn by her son.

Television specials and commercials have featured storylines around the royal activities for weeks now. Shop windows of all sorts have been decorated, coffee table books have been published, a new song for the pending King has been recorded, and special CDs and DVDs released. When it comes to getting in on the action, no product is too mundane. While shopping at Albert Heijn yesterday, I even picked up a limited edition value pack of specially brewed Dutch Douwe Egbert coffee, complete with a stirring spoon stamped with the likenesses of King Willem-Alexander and his wife, Princess Maxima.

The music festivals, open-air concerts and other musical entertainment have been planned, as have the fireworks, and official ceremonies and services. Public service workers have started putting up the crowd control barriers for the street celebrations, and local children are using duct tape and chalk to mark bezet (‘occupied’) on sidewalk spaces to stake their families’ claims for the annual Queen’s Day morning nationwide yard sale. Neighborhoods, houses, gardens and boats have been decorated with streamers and signs, and the flags are going up. The circuses and amusement park rides are in place. Picnics, barbeques and dinner parties are all in the works, as are boating regattas on the canals, rivers and North Sea.

When in the Netherlands, do as the Nederlanders do. In our household we’ve packed in provisions of food and drink, extra wine, orange roses and decorative candles. The camera battery is charged, and the orange shirts have been laundered. I’ve parked the car two blocks away to ensure its use should an occasion arise. It’s going to be fun, festive, crazy and over the top. Good cheer will abound, as well as sincere gratitude for Queen Beatrix’s many years of steadfast service, and the hope for many more by her son. Above all, it will be Dutch.

And when the first Koningsdag under the new King is celebrated next year, the tulip fields will again be in bloom amid the warm (relatively speaking, anyway) weather of late spring. That’s because Queen Beatrix had the great foresight to give birth to Willem-Alexander on the 27th of April. Just one more example of the Dutch monarchy putting the welfare of the people first.

A writer and American expat living in the Netherlands with her husband and two teens, Linda pens articles on expat life and blogs at

Adventures in Expat Land sharing the good, the less good and the just plain odd with a twist.

She is also a co-author of the recent bestseller Turning Points: 25 Inspiring Stories from Women Entrepreneurs.