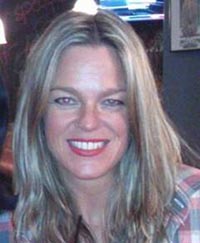 When I studied for my degree in Literature and Film &TV I’m not ashamed to admit I was a bit obsessed with America and all that it had to offer on the other side of the pond. I chose to write about British and American TV shows in the 1980s for my dissertation and ended up watching episodes of Dallas back to back and comparing and contrasting them to episodes of Eastenders. Now that was a fun degree!

This is the opening paragraph from that essay: ‘This essay will investigate the genre of soap operas by way of comparing and contrasting class and gender in the American serial Dallas and the British soap opera Eastenders, with specific emphasis on the social function of Eastenders and the dramatic function of Dallas. What will be apparent is that whilst these transatlantic shows have differences contextually, they also used many of the same themes and issues within their narrative structure in order to deal with certain social, economical, political or cultural issues.’I can tell, you I had a very enjoyable time watching endless episodes of these two shows, but what I wonder now is if the American dream and the British reality are still poles apart from each other, as the two TV shows showcased (albeit for dramatic purposes!), or if they have merged and mixed and are one in the same thing, or if the ‘American dream has shifted, or if it actually exists at all anymore.

I think us Brits are dreamers, yet we like to think that have a very grounded (read as ‘cynical’?!) view of life. Does the American dream exist in a Dallas-esque way, or is the American dream become more based in the reality of day-to-day living? So I asked a bunch of British expats what they thought, and the answers are pretty interesting….

‘In America, I don't see a dream – just reality. But I suppose there's no harm in dreaming.’

‘To be honest it's about the same [in the USA] as back home [in the UK] – still got to work and pay the bills.’ ‘I think "the American Dream" is no different than anyone else's really, other countries just didn't name it. I think it is to get a decent job, make a decent living, have a nice home, live a happy life and hope that your kids do the same.’

‘Growing up, Britain was very conservative and reserved, and I wanted fun and glamour – which meant anything unusual or different. I have always loved travel, and live curious and interested in our world. Later I wanted a nice house with some land where the kids could be centered, but that could never be achieved in England these days. I think my dream is to be satisfied with what I do have. ‘

‘I just came because the weather was horrible in northern England and I thought a bit of sunshine would do me good.’

‘I moved to America as a newly-wed when I was 18. It was a huge leap of faith as I had to leave all my family back home in England but saying that living here has been good we have been married almost 30 years and have had three children we have traveled a lot, which I do not think I had stayed in England I would not have done – so I think I am living my American dream!’

‘I hadn't even thought about America before I met my husband.

However, I fell in love and knew I had to move here. Forty six years later, I know materially I am richer and my kids are better off, but I still wonder about what my life would have been like in England.’

‘I never had an "American Dream" (whatever that is); I came here because it’s the country and culture that best allowed me to have the life I wanted to live.”

‘I wouldn't say it's been a total joyride but there's barely a day goes by where I don't consider myself very lucky.’

‘To own my own home and find true friends, and to be happy and own all the motorcycles I can shake a stick at.”

‘I have always felt America is a land of opportunity BUT you can't sit around waiting for that opportunity, you need to create them, no matter where you come from.’

‘All I can say is all my dreams came true. Yes, America has its problems just like any other country. But, I was determined to succeed in any way possible.’

‘Starting from nothing and making yourself a success.’

‘My American dream is having the freedom to pursue my dreams with abandon! Working towards success in my career field, little cute house, and my big fluffy dog running through the yard! Eventually gaining fame wouldn't be so bad either.’

‘The American dream is the freedom and opportunity to realize one's dreams. Yes, we can! We do have to work hard for it, but so what? Some of our dreams (and by "our" I mean my husband, son and myself) are coming to fruition, while others are still T.B.D. at this point. It's a fluid experience.’

‘I don't think it was a dream, more an ideal based upon a young woman's perception of the USA. A perception fed through American TV magazines etc. ‘

‘I don't think you have to start from nothing but you do need to be persistent and keep the momentum going. You can find ways to do just about anything and be successful if you work hard enough and don't give up on your dreams! BUT you can't be afraid of failure or you surely will because someone else will be right be right behind you chasing their dream on your heels.’

‘It is all about freedom and liberty.’

To be fair, these are the positive comments that I received – many were pretty negative, based on people’s own experiences and dissatisfaction. Perhaps the dream of living a new and different life doesn’t always bear out, whatever country you are in, whether the concept ‘living the dream’ is promised or not.

I’m sure none of us British expats came over to the USA expecting to live a life akin to that of dastardly J.R. Ewing. After all, to quote myself, he’s not exactly a figure to aspire to!

‘J.R. represented a slice of the economical, cultural, social and political American 1980s. His lifestyle was decadent, his greed and ambition knew no bounds and he was adulterous. J.R. and Dallas defined the American soap opera, which was “rooted in melodrama, which result[ed] in them being sensational, sentimental, and frequently excessive in both narrative and emotional terms.” (Coyne, p93). J.R. is living the American Dream through his oil business, which is, quite simply, being extremely rich.

‘For J.R. “if bigger was better than biggest was best” (www.ultimateDallas.com) in most things, especially financial terms – and he succeeded.’

Many of the ‘American dream’ answers provided by the British expat community are based around how individuals are responsible creating their own success, and that having a family unit and being happy in your lifestyle are indicators of achievement. And if that means you escaped, or in some cases had to leave, whatever British reality you were living previously, then for many that defines their American dream.

Interestingly, one of the criticisms aimed at Dallas’ portrayal of America in the 1980s was that it was all about greed and glamour. In contrast, Eastenders focused on ‘controversial social issues’ and the reality of trying to ‘get by’.

Although American soaps such as Dallas, and Dynasty, lapsed into implausibility on occasion (who can forget such storylines as Bobby Ewing returning ‘from the dead’!), Dallas did set about portraying the American dream of materialism to a world-wide audience. I think it was this kind of interest in America that got me hooked and keen to see what America was really like, and no doubt influenced my decision to pop on over and live here for a while and live my life as a ‘UK Desperate Housewife USA’.

In reality, my American dream, of course, is nothing like Dallas! (Thankfully, I am not another Sue-Ellen in the making!). But living in America has given me opportunity, and I believe you can be defined by your own dreams, your own motivation, your own lust for life and your own ability to make things happen. I take very opportunity that is presented to me, and I have created a different life from that which I had in the UK, which was precisely what I intended to do. So, yes, my American dream has come true. Thanks America!