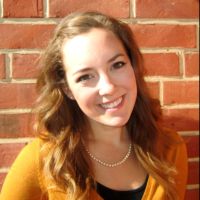 Let’s start with graduate school, which is one of the main reasons that I moved to Germany in the first place. Although there are tons of great English-language graduate programs (perk for the native speakers!), I decided to go the difficult route and apply to only German-language programs.The truth is, however, all graduate programs in Germany teach at least a portion of their program in English, and in order to access all of the knowledge that is available on any given topic, English is a basic requirement.

So, when I was applying to graduate school, I quickly saw that despite the fact that the programs were in German, they still required proof of English proficiency. This was quite bad news for my foreign friends that worked their butt off learning German just to find out that they also needed to be fluent in a third language to study here. However, as a native speaker that had a Bachelor’s degree from a country where the spoken language is English, I did not have to worry about learning a third language or providing such any proof of my English fluency. Perk!

Once I was finally accepted and enrolled in graduate school, I began searching for a part-time job to supplement my studies. I was actually quite worried about being able to find something when I started out, as I knew that my German was not quite good enough to write in a professional manner on a day-to-day basis. Who would want to hire someone that cannot send an email that isn’t riddled with grammar mistakes?

Well, as soon as I typed my search criteria into my university’s job portal, I realized once again that being a native English speaker is not so bad. The results were full of organizations that actually required applicants to have “native or near-native fluency” in English. Within one week of starting the job search, I already had two interviews lined up with organizations that wanted me for my amazing English skills. Just one week after the first interview, I had a new job! Perk!

Shortly after getting a job, classes began at my university. I was terrified to attend my first classes in German, worried about whether I would be able to understand a word my professor said. Luckily, I did, and after receiving the syllabus from my first few classes, I also realized that even classes that are instructed in German often use English texts as the required reading. Oh, and even when the required reading is in German, the English translation is incredibly easy to find online. Perk!

All in all, the last year has shown me that being a native English speaker in German is really not so bad after all. In fact, I sometimes feel like my original article that complained about being a native English speaker was a curse. Gone are the days that I have to seek out people that will speak with me in German. If anything, now I am the jerk that will switch to English mid-conversation simply because I get tired of speaking my second language. Good thing all those Germans can also speak English. Perk!

She now works as a freelance writer and is pursuing her Masters degree in Germany. To read more about her experiences and adventures, check out her blog at Welcome to Germerica.