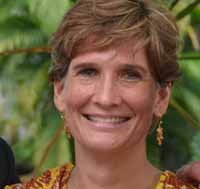 You can go to the best party in the world, with your favourite music, the most succulent food in the most amazing venue, and still have a terrible time – if you are alone, for instance, or you have a fight with the person you are with. This is because the quality of our experience and the memory of any moment are shaped mainly by the people we share these events with. For example, I came back totally invigorated from a work-related dinner party that I was dreading the other night because of one inspirational conversation I had with a person I met that evening.Given the importance of our social networks to how we feel about life in general, it would seem logical that we spend time consciously building our contacts and friendships when we move to a new country. Personally, I cannot really enjoy being in a foreign country unless I connect with local people. In Vietnam, at that time, not many people spoke English. I tried to learn the language but it wasn’t until I became friends with one Vietnamese couple that I felt settled in the country.

When I moved to Lagos, even though everyone speaks English, I wasn’t sure that I was going to be able to get to know Nigerians – not every culture is open and welcoming to short-term expats who will, with certainty, leave after a few years. I was determined to meet both local people and foreigners who were adventurous and who enjoyed living in the country.

And I had a task to achieve: Kuperard Publishing asked if I would write the Nigerian edition of their guide. The Culture Smart books are not guides to the place – what to see and do, where to stay and eat – but to the people and their culture. I had to wait until I was on location before deciding to accept the task: the only way I could imagine writing such a book was as a transcriber of knowledge from locals to foreign visitors.

Before arriving in Lagos, I had identified two groups that I wanted to join. One was the African Book Group, made up of local and expatriate women who read books on Africa or written by Africans. The other was a research-based organisation, The Nigerian Field society, dedicated to sharing knowledge on everything Nigerian.

Through these two groups, I met Nigerians who were open to getting to know expats and expats who were eager to learn and experience Nigeria. They formed my first line of inquiry about anything and everything I didn’t understand or was curious about in this country. It is a testimony of the openness and friendliness of Nigerians that I was able to write Culture Smart! Nigeria.

As I discovered through my yearlong research, Nigerians are warm and open people who are happy to give you their opinions about their culture. They are, however, exceedingly sensitive about negative commentary or criticism from outsiders. It is logical really: it is recognised worldwide that you can criticise your own mother but not your mother-in-law. Nigeria already gets such a bum rap in international news that the only thing most people know about the country is all the negative stuff, like the corruption, violence, Boko Haram and now Ebola. The logical reaction of Nigerian’s to my writing this book about their culture was ‘why a white girl who has been here only a year?’

In fact, I quickly realised that only an outsider could write this book. There are over 250 ethnic groups in the country, each with their own traditions, norms and values. If you ask any local what Nigerians think about any given topic, they will give you a reply that reflects their cultural background. It is therefore easier for an outside to get the helicopter view of the internal diversity of the country.

The publisher’s goal in writing these books is to inform primarily business travellers about local etiquette and behavioural norms. My goal was slightly different. I set out to write a book that would deepen the outside world’s perception of Nigeria, providing nuance to the one-sided story foreigners normally read. I wanted to increase people’s curiosity and lower the barriers to participation during their stay. I also wanted to write a book that Nigerians themselves would be proud of. I believe that on both accounts I was successful. A representative of a Nigerian publisher/distributor told me that when she saw it at a book fair, her reaction was ‘oh no, not another book written by a foreigner.’ But she read it and was impressed enough to buy it for the local market. A teacher of English as a foreign language uses it in her classes as a text for reading and discussions. The international women’s group in Abuja have invented a quiz for newcomers as a fun and informative introductory game.

You can, of course, live in any city of the world and have a wonderful time only with other expats. But there are a few drawbacks to doing so:
a) You will have gained little from the experience of being in that specific place since you could be anywhere in the world;
b) It is only by getting to know locals that one can avoid the them-versus-us attitude that supports the formation of prejudice, increases misunderstandings and leads to irritation.

Because of its people, Lagos is a dynamic and creative space that is worth the effort to get to know. In Lagos there are many Nigerians who have lived abroad and are therefore excellent bridges of understanding between cultures. Many Lagosians are entrepreneurs in the arts and services, people who are dedicated to improving life for their families and communities. In other words, if you live in Lagos, or any other city in the world for that matter, and you want to come away with the impression of having attended a truly terrific party, get to the know the locals!

Diane Lemieux was born in Quebec, Canada and began travelling at the age of three. She has lived in ten countries on five continents and speaks English, French, Dutch and Portuguese. She has a BA in communications, an MA in development studies, a post-MA in International Relations and a journalism diploma. She has ten years experience in international development and fifteen years as a freelance author and journalist. She is the author of four books including the award winning The Mobile Life: a new approach to moving anywhere and Culture Smart! Nigeria.

See her blog: diane-lemieux.com/mobilelife and her active Facebook page on mobility