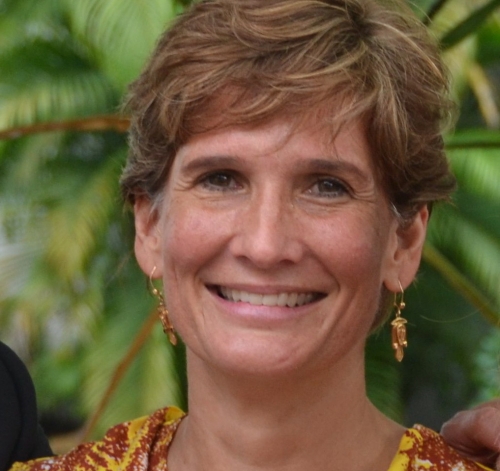 The Netherlands scored 23rd place on the Internations survey and 27th in the Expat Explorer ranking of best places for expats. The (less than tropical) weather and the Dutch language are two reasons for the lower rank. But in fact, the weather isn’t worse than London and this country is, curiously, an excellent place for foreigners to learn English.

Aura is from Colombia and her husband is Italian. When they moved to the Netherlands eight years ago, she spoke only Spanish and Italian. Her intent was to integrate: learn Dutch, put her kids in Dutch school. But life had other plans: the Dutch school didn’t work out for the children.‘My children, they are going to the European school and it is especially for this reason that I started to learn English. I have Spanish and Italian friends. But in my daily life I use more English than Dutch. I tried to learn Dutch many years ago. It is in my opinion very important to learn the local language. But the problem is that I didn’t have the opportunity to express myself in Dutch.’

The facility Dutch people have with speaking English makes it notoriously difficult for foreigners to practice Dutch in their daily lives. While this makes it hard to learn Dutch, it certainly makes the initial settling in period easier.

Ute is a language expert and founder of Ute’s Expat Lounge. She says, ‘Yes, I think that the Netherlands is a very unique country in what concerns the use of English. You can perfectly live and function, especially in cities like Amsterdam and The Hague, without talking Dutch. Around Amsterdam you even can find traffic signs in Dutch and English.’

According to Education First’s 2014 report, the Netherlands, along with Denmark and Sweden has the highest rate for English proficiency as a second language. And Expatica says that around 87 per cent of the Dutch population speak English to some degree of fluency.

Frauke is an au pair, taking a gap year before starting university in Germany.
‘No one in my village speaks English. You don’t need it. Here people are from all over the world, it is so multicultural.’

Frauke chose the Netherlands because she already spoke Dutch. She wanted to be able to speak comfortably with the children in her care. Her host family had a relationship with Kickstart school, but when she arrived for her intake session she was told that her Dutch was already excellent. So she took the offer to learn a language to take English.

‘In my study – International Business Management – next year, I have to learn English. So this course is perfect for me.’

For expats who come to The Hague for a short period, being able to function in English rather than learning Dutch is a huge benefit. Bego, from Spain, arrived with her husband for what she expected to be a two-year posting. They have been in Holland for three years but don’t expect to be here for long. Because of the short-term nature of their assignment, Bego did not plan to learn Dutch. Instead she decided to focus on learning English.

‘I need to improve my English because I still feel stuck in a conversation in English.’ If they get posted elsewhere, English will be more practical to have developed than Dutch. ‘I prefer improving my English. I would love to speak as a native but it is really difficult.’

However, her lack of Dutch did proved to be a problem when she tried to get a job.

‘I am industrial engineer,’ explains Bego. ‘But I was working in a very particular sector, designing static movements for oil plants, and it makes it more difficult for me to find something. But I keep trying.’

Kickstart School, a language school in central The Hague, teaches a range of course in both Dutch and English. Curiously, a full 90 per cent of their students are foreigners. Of those studying English, would they not prefer to learn Dutch?

The School makes the process of learning a language part of the fun of settling in here. According to Aura, ‘You feel at home, it is family at Kickstart. Everybody is open and friendly and if you have a problem you can ask them.’

As a foreign destination, then, The Hague offers a unique opportunity to learn or improve one’s English language as well as potentially learning another European language, Dutch.

Diane Lemieux was born in Quebec and moved to live abroad for the first time at the age of three. That journey continued through 11 countries on five continents during which she collected 4 languages, two passports and several cultural identities. She started her career in international development but decided over 15 years ago to raise her two children and pursue her passion: writing. Today, she is author of four books including The Mobile Life: a new approach to moving anywhere and Culture Smart! Nigeria.
For more information see her portfolio: www.diane-lemieux.com or blog: diane-lemieux.com/mobilelife