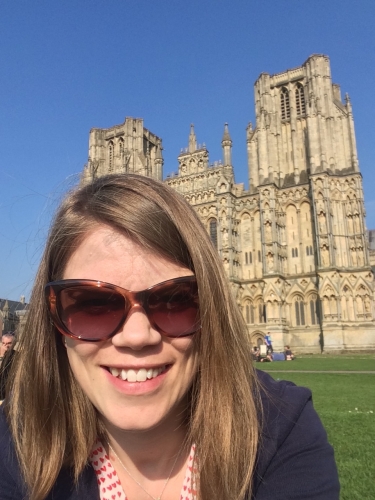 Do you remember that bit in The Wizard of Oz where Dorothy is desperate to get home to Aunty Em but at the same time doesn’t want to leave her new friends in The Emerald City, but then she does get home and she realises it was all a wonderful, scary, crazy dream? That is how I feel right now. I am Dorothy. I feel pretty sure that the last year has happened but none of it seems to have any bearing on current reality!My family and I are now back in the UK and because we haven’t picked up exactly where we left off, things are not particularly comfortable or familiar. We are living with my parents as we have sold our family home, the children will not be returning to the school that they were previously at, the summer has not been the heatwave that the Swiss have experienced, and all of a sudden I am acutely aware of the differences between Swiss and British societies. Culture Shock has arrived.

I seem to have been away from Britain long enough for my rose tinted glasses to have become a bit squiffy. For example, the national pastime appears to be shopping. The British are a nation of shopkeepers and shoppers. The supermarkets bombard you with offers, every advertisement on the TV is encouraging you to spend your hard earned cash in specific stores on items you more than likely don’t actually need or want. In Switzerland, shopping seemed to be an inconvenience that just had to be undertaken.

The national pastime was hiking, cycling, walking, skiing, paddle boarding, basically anything that you could do outside. When I first arrived in Switzerland I bemoaned the lack of opportunity to shop past 4pm on Saturday afternoon until 9am on Monday morning, but now I am imposing this restriction on myself. The inability to shop allowed my family to come together and enjoy more things together, more experiences, more life.

As a consequence of the British national pastime being shopping we are an unhealthy nation. The amount of overweight people wandering up and down the ‘treat’ laden aisles of our supermarkets appears to have ballooned in proportion to the waistlines. It is incredible to think that even though the Swiss diet revolves around cheese, potato, bread and chocolate I don’t remember seeing a single obese person.

The UK roads are massively overcrowded with a huge lack of consideration for other drivers. Okay we aren’t quite as unlawful as the Italians but, my, we’re not far off. Motorways regularly become traffic jams as motorists don’t use the lanes to overtake but instead drift to the middle lane, and then stay there. The distance between one car and another is usually less than 6 feet. In Switzerland we were lucky enough to have a car that had cruise control. It was regularly used as there was none of the erratic speeding up and slowing down that is endemic on the British highways. Try to use it in Britain and you’d soon be in the boot of the car in front. The amount of cars on the roads appears to be phenomenally high, or maybe it’s just because in Switzerland cars were hidden in underground garages.

Even the beautiful rolling hills of this ‘green and pleasant land’ have lost some of their allure as my eye is craving a horizon of breathtaking mountains. Toto, we are definitely not in Switzerland anymore!

Sarah is a mother, wife and freelance writer who also happens to blog about family life and their expat adventures in Switzerland. Check out her blog, Life of Ryrie.