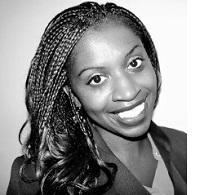 My husband and I looked at one another and knew the move was official. We loaded our last set of containers into the moving truck and realized that our move to Portugal was fast approaching. We had our going away parties, donated unwanted furniture and said goodbye. Fortunately, my husband has family in Portugal so my fears of getting stuck in the train station without the fluency of the language was something I did not have to ponder. In this blog I will highlight my initial observations about social aspects of living in Lisbon.

I live 15 minutes away from Lisbon and love the fact that the sense of community is rich in this city.The village like streets remind me that I am far from home as people are walking briskly next to each other in a rhythmic pace. An immediate observation can be found when crossing the street. The cars appear to be going 35 miles an hour but will stop immediately if you walk on the white cross marks. Americans will use this stop or crossing if approaching a school or special community of interest but it is not something you will see regularly. In Portugal, some streets will have lights where you can signal that you would like to cross but this is few and far between.

It is polite to greet individuals in the morning with the phrase, “Bom Dia” (Good Day). This is something that I have seen occur consistently throughout the day. An individual will greet a person based on the time of day it is. In addition to this, one may begin to set up logistical aspects of living and close the discussion with a handshake and/or kiss on the cheek. This is not something we would do in the States as it would be quite informal to do this in a business setting.

Although Portugal does have laws that prohibit smoking in restaurants and public spaces, one may be surprised by the common nature of the practice here. This is something that has taken me some time to get used to. The idea of sitting in a café or restaurant in the United States where smoking is prohibited in most public spaces has tested my adaptation skills during my time in Portugal thus far. The idea of eating a meal and smelling fumes from a smoker can be frustrating. My initial reaction would be to stare at someone who is smoking for them to understand my signal that it is rude to smoke in front of someone who does not wish to have smoke around them as they are eating. Even if one decided to sit in a different section of a café or restaurant, there would still be the secondary smell of the fumes in the atmosphere.

One of the best aspects of Portugal is the cuisine. One will be able to fine a healthy meal at a very affordable cost. I went to an eatery and had a large bowl of spinach soup accompanied with a Tuna sandwich for the price of seven dollars. Unbelievable! The quality of the bread and tuna was impeccable. One can observe the people and see that most were lean and fit.
After seeing the dietary customs it is not hard to understand why. Taken together, my time in Portugal has been refreshing.

One cannot intend to relocate to a new country without the awareness of the language. As part of my preparation to come to Portugal I received a Portuguese e-course as a gift to assist me in the development of my language skills. Learning the language in a course and living in the city where the language is spoken has been exciting and overwhelming at times.

Sometimes I want to say, “Can you please tell me this in English?” A recent trip to have a manicure and pedicure is one example where I was lost in translation. I am used to heading to a shop and clearly asking for the style of choice while making sure that what I am asking for is up to my standards.

In this particular place, I assumed the protocol for getting my nails done would be the same. Then I was shocked when the woman pulled out a metal bowl that one foot could fit in. She then proceeded to ask me to place my foot on her knee so that she could complete the pedicure. This was something new for me so I allowed her to continue. With time, I began to look at the supplies and tools and was shocked not to see any sterilizers or designated places for these items which appeared to all be thrown into a medal casing.

I have to be honest and conclude by saying that my first two weeks have been eye-opening. My best experience so far has been the affordability of fresh produce and the luxury of having awesome views of such a beautiful community. The challenge has been to observe and not react as I experience services where I may be surprised about the demeanor or etiquette of receiving a service. Every day I have to remind myself that I am in a new place with varying customs, practices and beliefs. It will be interesting to see what new experiences I will have as I explore Portugal further. Stay tuned.

Dr. Allana Da Graca is the founder of Turning on the Lights Global Institute, Inc. Her focus as an educator is to help adult learners reach their personal and professional goals. She is the author of a new self-help book called, Tomorrow Can’t Wait. Currently she teaches a variety of communication courses) as an online instructor at Walden University. She is the recipient of the Robert C. Ford Fellowship, Martin Luther King Leadership BHCC Award, and the Chahara Foundation Award.
Learn more at www.drallanadagraca.com.