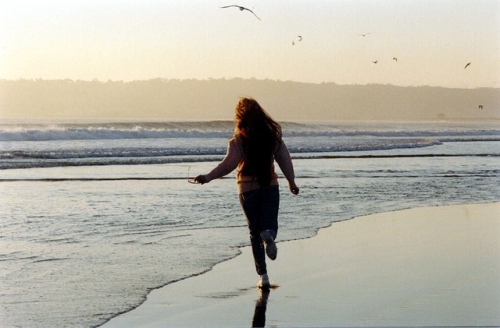 It does not matter where you are from and what culture you represent. There is an emerging universal theme I’ve noticed when speaking to single expat women all over the world and of all ages (including my internal dialogue for the past few months as a single expat woman) and it’s time someone put together the key insights of what and who we are looking for.Word of warning to readers: if you’re looking for an expat woman to date and can’t be bothered understanding the below items – you may want to stop looking immediately. We may not all be wired the same way or come from the same culture. But potential partners who don’t honour the below will struggle to get a second or third date. This is equally important regardless of whether you’re an expat yourself or not.

Firstly I’d like to clarify a few things around my thinking here. I’m not a huge fan of the concept of ‘strong women’. All of us (men and women) are strong beyond what we currently live and breathe, some of us just haven’t realised it yet. The thing though about expat women is the strength combined with the softness. The curiosity mixed with determination. The eternal dance between what she now has and what she wants to have later. An expat woman is just another woman. What makes here very different from some other women though is what brought her here, to you.

Whether or not you already have an expat woman in your life, I trust these keys to her heart will come in very useful at some point.

1) Respect and get curious about her experiences

The moment you find out she’s not from here, get curious and start asking relevant and respectful questions. What brought her here? How’s she finding it? What’s been the best part of experiencing your country? She’s journeyed further than the local women you have met before and you need to respect that upfront and get really curious about why she did so and what she’s seen on the way. If any part of this is too scary for you, it gives you a chance to get out before point 2.

It’s impossible to leave one place for another without leaving something and someone behind. The choices an expat woman has made are many and sometimes not based on pure logic (which if you are a traditional man might be hard at first to really embrace). The choices she made brought her here to this moment with you though. Respect them all and choose to operate from the space that she did the absolute best she could with what she knew at that time.

She’s seen, heard and experienced things that will be different to what you can understand from where you sit. She might very well have had previous relationships with people from other countries and cultures, and these will have shaped the standards of how she currently dates. I’ve heard expat women say time and time again that they come across as having very high standards and expect too much. I don’t think that’s actually the case. An expat woman has more to compare with and that’s why she’s more likely to be clear on what she does and doesn’t want. She wants a man that’s not only excited about her past, but also gets really excited about shaping a future together from this.

In a global world where people move and families take shape in all the different types of social and cultural soil, your expat woman will bring you something pretty unique. Much like a patchwork quilt, she’s picked up different things along the way. In my case (being Swedish) I’ve got plenty of Swedish patches on my life quilt, but I’ve also got extended travels in Asia, living in the U.S. and the U.K., as well as a long adventure through Australia on mine. I’ve dated people from many different cultures at different times in my life and I’ve had immediate family and extended family in different contexts provide me with different colours and patterns. There is nothing straightforward or definitely expected about an expat woman. The only way to get this is to gently ask her when the time is right to show you her life quilt so far. Because every time she moves, travels, gets a new job or anything else – there is another colourful square added to the pattern.

5) She's not a nomad, she's rooted in herself

Many people can look at the expat lifestyle and struggle to understand it. Some find it scattered and confusing that anyone would want to move that many times. For most expats (both men and women) it’s actually a drive from within to explore something new and this is not always easy to explain. The lifestyle for an expat woman will bring things to the surface more often which means we are more likely to have to work through insecurities and challenges a lot more often than other people. The choices she made in the past might have been hard and forced her to say goodbye to certain things and people. But they also rooted her in trusting herself.

6) Always seek to understand before demanding to be understood

Language is not always as straight forward as you think and even though she’s learned your language it’s unlikely to be her mother tongue. In my past relationships with people from other countries this has been the most obvious and at the same time the most challenging thing.

7) She needs you, but maybe not in the traditional way

The most common thing I hear from expat women is how they are pretty strong and determined as to what they want in life and their biggest fear in many ways is that they won’t meet a partner who A) understands them, B) shares their future vision, and C) can love them for just who they are. These three criteria need to be met in order for your expat woman to fully trust you. It might sound a bit backward for some people to give A, B and C before gaining her trust, but I can assure you that if you give her that certainty up front (or as early as possible in the relationship) she’ll be the most loyal and beautiful partner you could ever ask for.

Your expat woman won’t be rational (who is totally rational anyway), but she’s YOUR woman if you’re willing to step up and love her for all of the above. If you like the idea of dating an expat woman you need to go all in. The only way to know if you can do it is just to jump onboard and start doing it. If you wait too long on the docks focusing on what she needs to give you first, she’ll sail off without you.