In March I spoke of the rustle of Spring. Now it is roaring through the Morvan. In the UK cowslips are a protected species. Here les coucous are common as daisies. When we first came here I transplanted hundreds of cowslips to safe havens under the trees to save them from the mower. The locals laughed uproariously. ‘Elle transplante les coucous !’ It was as if I’d transplanted dandelions.We had a very mild winter and our red squirrels did not bother hibernating They learned to get at the fat ball from its hook on the birdhouse. John photographs these shenanigans through the window – no crouching in freezing hides like a real wildlife photographer. 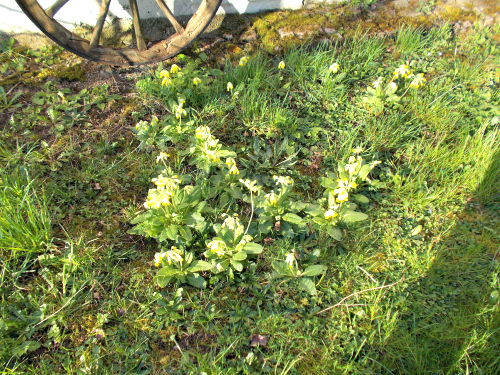 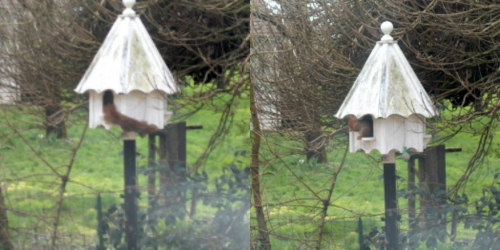 The spring market at Lormes on 2 April is followed by the revenge of the 45s, which sounds about my era. There is a Claquettes et Lindy Hop day at Sauvigny le Bois (tap shoes for hire) and the lakeside eateries are open for business again. 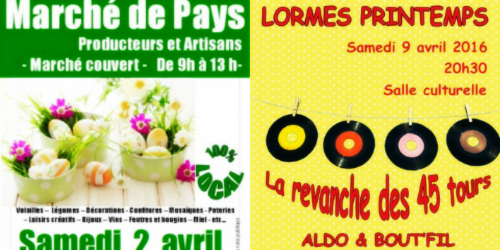 In March John and I drove to Nevers to consult a (free) legal adviser about the insurers who had been messing us about since the storm in September 2015.

The weasels lied, they prevaricated, they kept losing the file, until we lost patience and sought advice. In the UK I am the author of a series called Pocket Lawyer, and I could have sorted this problem. I specialised in ‘You will be as distressed as I am to learn’ letters which produced grovelling apologies accompanied by flowers. The book is still available on Amazon, although its website has lapsed.

French consumer law is a closed book to me, hence the trip to Nevers. After 10 years in France I still did not know how to handle insurers. All the phone calls were useless ; we should have sent a registered letter : a lettre racommndée avec accusé de réception. The adviser drafted a letter on his laptop and told us we’d be lucky to get our money, let alone an apology. Then, when we got home, we found a letter from the weasels saying our money was on its way. No apology, of course, but assuring us of their best efforts at all times. Ha ! 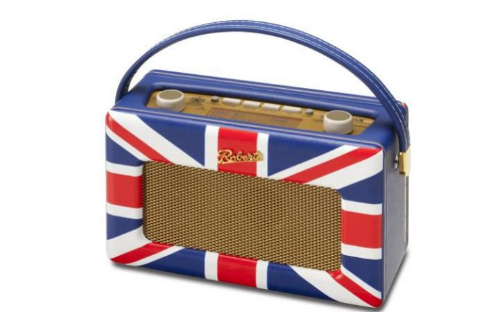 If old hands have problems, how do newbies cope? Well, on March 21 a new radio station came on the air.

Expat Radio is internet-based and I offered my services – translation, local knowledge, etc – and (naturally) plugged Charity Cottage. I emailed the blurb I produced recently for Combat Stress to hand to their clients. I make no apology for showing it here for the benefit of readers new to my column. 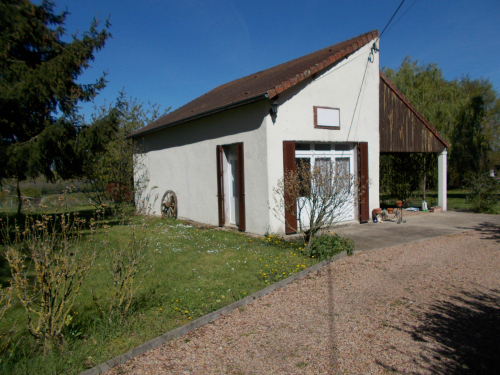 Charity Cottage won the Daily Telegraph award for Best British Charity in 2012. It offers visitors a holiday home from home with the added satisfaction of helping a worthwhile charity – because every penny goes to Combat Stress.

The Morvan is a breathtakingly beautiful Parc Naturel et Régional in rural Burgundy – think of the Dales with better roads and fewer crowds. 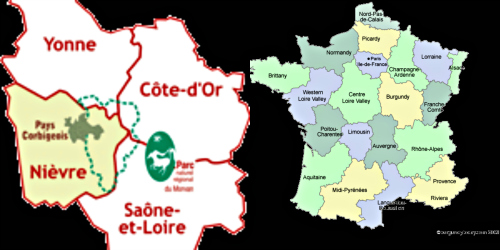 Charity Cottage sleeps up to six people. There is a shower room and loo and a kitchenette equipped down to the last teaspoon.

Everything a discerning guest would expect is provided, plus everything they would hope for but would be unlikely to find in a commercial holiday home. There are the obvious things like private parking, a microwave, garden furniture, a hair-dryer, towels and tissues. There are also the twiddly bits like a sewing kit, umbrellas, books, a hot water bottle, a radio, writing materials and tourist information with suggestions for local shops and eateries. When visitors arrive they find tea, coffee and sugar and a welcome pack of bread, butter, milk, eggs and home made jam – and a bottle of local wine. 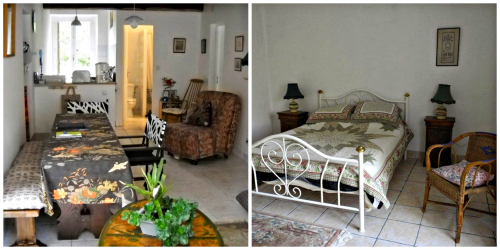 How much? The owners, John and Rosy Rabson, ask for donations to Combat Stress. UK taxpayers can take advantage of Gift Aid, which is the nearest thing we know to a present from the taxman. Like Bilbo Baggins, the Rabsons are fond of visitors and look forward to meeting you.

Well, on April 9 the cottage – and the guest suite in the main house – will welcome a group of young people taking part in a rally. Last year they heard of us through Nicolas, who did some gardening for us. They came in force, a riotous time was had by all, and Combat Stress received £100.

I am still learning how to insert pictures. It is all very different from the days when I was an editor for OUP and we used scissors and paste, or rather Cow Gum, then photocopied the result. You can read more about Cow Gum here.

I found Tim Hunkin’s cartoon online. I hope nobody will complain.