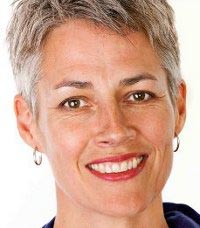 2012 was a bumper year of new books for expats, thanks in no small part to Jo Parfitt’s Summertime Publishing which continues to lead the way in publishing all genres of books of interest to expats. I’m an avid reader of books that relate in some way to the experience of being an accompanying partner; memoirs, how-tos and novels. Here’s a sampling of some of my favourites from the year (including a few from my bookshelf that I’m dying to dip into but haven’t found the time).The Expats by Chris Pavone

My first expat book of the year was the only one on my list not published by Summertime and the only work of fiction. The Expats tells the tale of Kate, who gives up her career as a CIA agent to follow her husband Dexter (who has no idea that she worked for the CIA) to Luxembourg. They quickly make friends with fellow expats Bill and Julia but all is not as it seems and Kate’s CIA training kicks into high gear. It’s a great story and Chris Pavone, who relocated to Luxembourg as a result of his wife’s career, portrays the challenges of being an accompanying partner with the aplomb of an insider. Read it and you’ll look at all of your friends a little differently for a while.

In expat terms, Apple Gidley has done it all. She’s been a lifelong expat and her book tells her story; from TCK (Third Culture Kid) to accompanying partner to expat grandparent. She’s made 26 moves in 12 countries, from Malaysia to the USA and plenty in between. She’s a great story-teller and her “slices” are peppered with anecdotes that bring her experiences and the characters she’s met to life. The book jumps around a bit (Apple notes this upfront in her timeline) and, until I became a little more immersed, I found it a little frustrating. However, it was worth persisting as Apple’s story is an engaging read. If you’re an accompanying partner at any stage of life, you’ll find something to relate to in the book.

Elizabeth is a fellow expat in Belgium and I had the pleasure of meeting her last year. Unlike many of the other cross-cultural books I’ve read, hers is not country or business specific. Rather, it covers a gamut of topics where cultural misunderstandings can be commonly made and helps the reader to develop and awareness of the kinds of differences that might exist. It then provides suggestions and strategies that can be applied in any country or culture. The book addresses the topics you’d expect in a cross-cultural book, such as language, small talk, etiquette in personal and business situations and body language but it also talks about swearing, religion, taxes and a host of other issues you might encounter in expat life. My favourite part of the book? The quizzes at the end of each chapter add a bit of fun to the topic and make the teaching much more memorable.

The last two expat books I read and enjoyed in 2012 are memoirs of being an accompanying partner. I’ll be writing about them and the topics they raise in more detail next month but both books are a must read for current and prospective accompanying partners.

True to the “two degrees of separation” of expat life, a mutual friend (Jo) of Laura Stephens and mine told me about this book. In a book that is part memoir and part how-to, Laura relates her experience of moving to Houston and the depression that she suffered as she came to terms with her changed identity and the loss of her career. In her candid telling of her story, Laura deals with the topic of depression (one which is often swept under the carpet in expat circles) with sensitivity and humour. The book manages to be fun and engaging without diminishing the seriousness of the subject matter and the how-to part of the book brings the weight of both her personal experience and her professional knowledge to bear.

Also a psychotherapist, Kristin Louise Duncombe tells her story in the context of a medical mission to East Africa where her husband is a doctor for Médecins Sans Frontières (MSF). Her identity and career challenges play out in a world where personal safety is a concern and where she is clearly an outsider not only in the country in which she is living but also in the high adrenaline MSF culture that her husband inhabits. While aspects of her story seem unimaginably difficult to those who have never experienced a hardship assignment, Kristin’s book is ultimately an encouraging story of self-development and growth with insights that are helpful to all accompanying partners.

I’ve been spoiled for choice in the new expat books available this year. With all the expat blogs , studies and articles out there and the fact that, yes, I do include non-expat-related reading materials in my reading list, there are a few other 2012 books whose siren calls still emanate from my bookcase. Here are three I’ll be reading before I touch anything published in 2013.

Billed as “an anthology which will make you see the funny side of living abroad” this second edition is a mix of expert advice and humourous stories by some of my favourite expat writers including Maria Foley (I was an expat wife), Jack Scott (whose 2011 book Perking the Pansies has been nominated for a Polaris prize) and Linda Janssen (Adventures in Expat Land).

Fly Away Home by Maggie Myklebust

Maggie is the daughter of 2nd generation Norwegian immigrants to the USA. She grows up immersed in both American and Norwegian culture. As an adult she flees to Norway to escape an abusive marriage but she is eventually pulled back to the US and then to the Netherlands in her new life and partnership. Her story is one of finding identity between two cultures as well as one of coming to terms with the past.

Psychologist Dr. Lisa Pittman and educational therapist Diana Smit tackle the topic of being an expat teenager (undoubtedly a double whammy of identity challenges). In the book they give a voice to expat teenagers who relate their own stories and challenges in return for advice from expat peers, parents and professionals. With a daughter who is just embarking on her teenage years and a son who is not far behind, I suspect this book will be dog-eared in no time.

The number of expat books is mushrooming as global mobility moves into the mainstream. The breadth of topics is increasing meaning that fewer people will feel alone in their experiences of expat life, whatever they are. That can only be positive.

With such an amazing array of books in 2012, I’m left feeling excited about the books that 2013 will bring and thankful that Kindle means I don’t have to find shelf space for all of them.

Evelyn Simpson is a personal development coach who works with the accompanying partners of expats helping them to transition to expat life and to find happiness and fulfilment in their lives overseas. Evelyn has spent almost all of her adult life living as an expat on 3 continents and in 5 countries. She’s been a working expat, an accompanying partner and has founded her own portable business, The Smart Expat, while overseas. Evelyn and her Australian husband have two children who have yet to live in either of their passport countries.

You can learn more about Evelyn and her work at www.thesmartexpat.com where she blogs regularly about expat life.