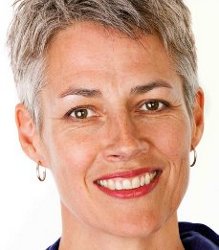 Like many expats at this time of year, I’m in the middle of moving house. This time though, I’m not moving country just to a town a few kilometres away, so it feels like it should be easy and in some ways it is. I know that if I need picture hooks I can go to my local Brico store, I don’t have to negotiate an unfamiliar route to get there and I have sufficient language skills to ensure that I can navigate any difficulties in the process. In other ways it is just the same as all of the other moves I have made.

Moving is one of life’s most stressful events. It’s up there with death of a family member, divorce and illness and has even been linked with the onset of Alzheimer’s disease. Every time I move house, I hope that the moving fairy will wave her magic wand and sort out my house for us, but sadly, no matter how much I believe, she’s a no-show and we have to get on with it ourselves.So here are my top tips for keeping the stress levels as low as possible as you move into your new home:

• Get functional fast – focus on organising the areas that are essential for your day-to-day existence. In an already stressful environment why make life more difficult by making everyday tasks more stressful? I focus on getting the kitchen, they laundry room and everyone’s wardrobes organised first. I also create temporary places for storing keys, phones etc. as I’ve found that those smaller items have a way of hiding themselves in the general detritus of moving when you most need them.

• Create a space that doesn’t stress you – if you find it stressful to be surrounded by boxes and clutter, organise a clutter free area in your house that you can retreat to when the task of organising your home feels overwhelming.

• Try to be open-minded about how you organise things. Organising possessions into a new house can be a bit like building a jigsaw without the picture on the box. I tend to get fixed ideas about how things should be organised based on previous patterns of working but sometimes the new space won’t allow for it. If you’re stuck, step away from the challenge for a few minutes (go to your zen space to regroup) or ask someone else for their opinion. Often a clear mind or a fresh perspective is all that’s needed to solve the problem.

• Be aware of the needs of the others in the house. My son finds change very stressful. I do what I can to make him feel comfortable and familiar in his new surroundings but also cut him some slack as I know that his discomfort will sometimes manifest itself in his behaviour in seemingly unrelated situations.

• Don’t try to do it all at once. It can take some time to get your new home organised in just the way you want it. But particularly if you’re in a new city or country, give yourself some time out to start creating your new life. Split the job into smaller tasks and reward yourself with some “you time” or an outing at the end of each task.

• Then again don’t loose momentum entirely – My modus operandus is get my house functioning like clockwork and ignore the rest. I don’t derive a whole lot of pleasure from decorating and a lack of aesthetics doesn’t really phase me until I realise that its 18 months on and my house still feels distinctly temporary. But at that point I start thinking that we’ll be moving on again and there’s no point in sorting it.

What made moving in go more smoothly for you? Add your own words of wisdom in the comments below.

Evelyn Simpson is a personal development coach who works with the accompanying partners of expats helping them to transition to expat life and to find happiness and fulfilment in their lives overseas. Evelyn has spent almost all of her adult life living as an expat on 3 continents and in 5 countries. She’s been a working expat, an accompanying partner and has founded her own portable business, The Smart Expat, while overseas. Evelyn and her Australian husband have two children who have yet to live in either of their passport countries.

You can learn more about Evelyn and her work at www.thesmartexpat.com where she blogs regularly about expat life.