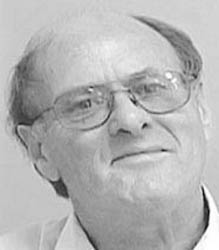 We who have our own blogsites know how fascinating it is to read the statistics section. Mine is a blogspot.com freebie (a Google service, I think), whose stats are brief, basic and misleading, but even so… All my posts are written for residents of Cayman – or at least with them in mind – but only 20-25% of my hits emanate from Cayman-based computers. The top source each week and month is USA, followed by Cayman, UK and Canada.

Signing up to Expat Focus and four other expat forums changed the traffic patterns for my blog. Now, people in Russia, Australia, the Emirates, Hong Kong, Bahamas and Germany are checking me out. Many Caymanians go to high-schools and colleges in the US and Canada, and maybe it’s they who keep those nations in my top bracket. But Russia? Life must be terribly boring for expats living there! Blogspot.com can’t tell me which US States the hits come from, never mind the cities and towns – although (late news) there is a company called Quantcast that might be useful, if its fees are reasonable.Only twice have I been seriously surprised by my stats. Last August somebody sent two posts of mine to a portal called “Instapundit”, part of a small and conservative US press agency, PJMedia.com. Thousands of hits came in during two separate two-day periods (a week apart) instead of the usual few dozen. All the hits were on posts about the threat of an Income Tax for Cayman. To people with money, that’s important news. Sadly, they’ve never been back for my opinions on more trivial matters.

People with money – whether or not they are already clients of Cayman’s tax-haven – might have been equally alarmed by the threat to our Islands’ economy posed by our government’s fiscal incompetence. “Instapundit” has never published a link to any of my posts on that topic. Perhaps he is put off by the libertarian and anti-war rants that comprise the bulk of my blogs.

(For non-Americans, I should explain that libertarians are people who are opposed to anything that smacks of “big government”, on whatever scale. Neither conservatives nor socialists find favour with us. Patriots and religious devotees are equally suspicious of us.)
Blogs are personal journals, and honest bloggers don’t hide their prejudices. Internet forums usually limit free speech, in the interests of peace and good manners. So they should, though not all do. I stopped visiting one useful forum in horror at some serious cultural bigotry expressed there by an administrator I had come to admire. I felt betrayed, and have yet to go back.

Because blogs are essentially ego-trips, we all envy those among us who manage to attract thousands of hits each week. How satisfying that must be! My count hovers around one thousand a month – pretty pathetic, when the population of Cayman is 50,000 and I am one of only a few local bloggers. I don’t advertise my blog locally; attracting too many local fans might land me in more trouble than I could handle. For the past 26 years my writings have brought the wrath of the political and bureaucratic establishments down on my head, and I don’t want to have to fight deportation again.

Despite being a British colony, Cayman openly censors commentaries, especially by expats. There is a whole department of government devoted to suppressing freedom of speech. A major purpose of our Immigration Department is to exercise censorship through the issuance or non-issuance of Work Permits. Blogs cost nothing to operate, so they need no revenue, and therefore no advertisers who might be vulnerable to threats from the authorities.

Bloggers can write what they feel like writing; it’s a wonderful freedom. I have covered religion, historical speculation, politics, crime, finance, human rights, violence against women, and barking dogs – as well as reminisced about back-packing through the Middle East in the 1960s with a girl I picked up at a Greek Youth Hostel and later married. This month I reported on playing cricket in Vanuatu and Corfu, for goodness sake. Fun to write, but not the sort of topic to attract a huge worldwide base of loyal fans. Sigh. Fun versus fame and fortune… why does fun always have to win?