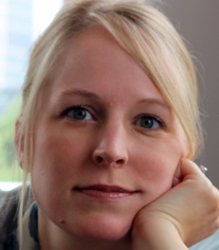 We’ve been in the UK for 4 weeks now. No, we haven’t moved from New Zealand. At least, not entirely and not yet. We’re in England for 2 months while my husband does some work here. All of our things in New Zealand have either been sold, put in temporary storage, or put in long-term storage in advance of shipping them to the United States when we actually do move from New Zealand in July 2013.

The UK has been nice. We’ve made a trip to Scotland and been visited by relatives, who accompanied us to Stonehenge and to London. Another family member will be visiting soon. England is so much closer to the USA than New Zealand and it’s much easier for them to see us here. Just a “short” flight!

There are some things about England that make me miss New Zealand. First of all, there’s the weather.This one is a bit strange, because being here in October/November reminds me of Fall back home in the States. There are lots of changing colours, the smell of wood smoke is in the air, and that brisk, nippy chill is in the wind. But it’s also cold and wet and grey. New Zealand can get cold and wet, but it rarely stays gloomy and grey for long, at least not in Auckland. I’m also used to having the footpaths near our apartment well-covered with awnings, making it such that you almost don’t need an umbrella when you’re out running errands. In England, you absolutely bring an umbrella.

Another surprise was the water in our shower. After travelling for so long and finally arriving at our temporary apartment, all I wanted was to put our son down for a brief nap and for me to hop into a nice, hot shower. I wasn’t able to do either, as the landlords had forgotten about the portacot and the water in our shower turned icy cold within about 2 ½ minutes. Brrr! I’ve since been advised that while England does many things well, hot showers is not one of them, and to either take baths or learn to be very quick.

The food here has been a nice change. I’m talking about grocery store food. I hadn’t realized how narrow the selection can be in New Zealand. I think that I was struck by it when we first moved there, but then I got used to it and forgot about it. When the lack of selection crossed my mind from time to time, I’d get over it and chalk it up to being American and the ridiculously large and unnecessary amounts of stuff available in the USA. But England, as it turns out, has a lot of selection, too, and the prices are so much better than in New Zealand. I realize that this may surprise some people, to hear an American saying that the prices are better in the UK, but keep in mind that I’m comparing the prices here to prices in New Zealand, not America.

In addition to good prices, I’ve also loved the bicycling culture in England. Everywhere we go, there are bicyclists. I don’t see this as much in Auckland. New Zealand is very much a car-dependent country, in my opinion, though many people take advantage of the public transit if they can (we certainly did). We know that we’ll have to buy a car when we move back to the USA in July 2013, but we’re hoping to get by with just one vehicle and to live someplace where we can bicycle as much as possible. Seeing so many people biking in England has made me want that even more.

We have another 4 weeks in England, and I know that the time will fly by. I’ve already got plans for a trip to Paris, another trip to London, seeing some of the sites around Oxford, and taking a few day trips. Any suggestions are welcome. I’m planning to take advantage of our time here and not dwell on the fact that it’s wet and rainy and cold. If the weather starts to get me down, I’ll just think about that warm New Zealand sunshine and spending Christmas on the beach!