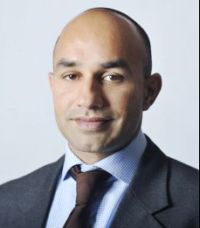 Singapore has the world’s highest concentration of millionaires which can be a little daunting if you don’t fall into this wealthy club of high-rollers.

Normally my world doesn’t often collide with that of the ultra high net worths that float around this city state. Thankfully my small family car has never been embarrassingly parked next to a fleet of Ferraris, Porsches and Lamborghinis. That’s mainly because I use public car parks where no one is waiting to valet park my dented and dirty four-wheeled companion.

But recently I did have the chance to get up close and personal with Singapore’s rich and glamorous when I covered two boat shows that go head to head with each other every year – Boat Asia and Singapore Yacht Show.Two swanky marinas are filled with luxury, mega and super yachts for the four-day nautical extravaganza. Yacht owners, builders and brokers come together to show off their vessels leaving the air filled with claims of who has the biggest.

The shows have grown bigger and bigger every year as more yacht builders try to break into Asia, the most exciting region for wealth creation. This year, all the talk was about China and how to convince the Chinese to buy more yachts.

Yachting has been a popular amateur sport in the U.S and Europe for decades and most of the big boat builders hail from these parts. But messing about on boats is not part of the Chinese culture. The wealthy Chinese prefer fast cars and luxury properties to show off their wealth.

Part of the problem is China lacks the infrastructure for a large yachting scene. Modern marinas are few and far between although Shanghai has the potential to become a hub for recreational boating in years to come.

No such problem in Singapore where the uber wealthy think nothing of parting with a small fortune to buy a super yacht to escape the five million citizens nestled in the city state.

I was lucky enough to go aboard a super yacht moored in Singapore’s Keppel Bay, which was one of the star attractions of Boat Asia. It was named Tango 5 and built for a Singaporean client who was now S$12 million lighter.

In a short space of time I expanded my nautical knowledge beyond the Titanic and Marie Celeste to be able to reel off all the various types of yachts available (racing, weekender, cruiser, luxury, pilothouse etc) at the drop of a Tilley hat.

However, none of this was put to use as I wandered up and down the 115 foot beast instead counting the number of state rooms, bedrooms, jacuzzis and TVs onboard. It was hard to comprehend I was aboard a sea-faring vessel and not on the top floor penthouse suite of a plush hotel.

As myself and handful of seasoned hacks enjoyed a cold beer that evening I revealed my lack of jealousy but questioned why this was so. We came to the conclusion that, while we are surrounded by so many rich people, there’s a level of wealth that we just cannot comprehend as it’s so far removed from our daily lives.

Many expats living in Singapore talk of living life in a bubble as we see so much wealth, luxurious lifestyles and enjoy one of the highest standard of living in the world. The danger is getting used to such a sanitized, safe and poverty-free environment that we lose touch with reality.

One of the more memorable stories a fellow journalist told me was of a yacht-owning tycoon who had been told by a marina that he wasn’t allowed to live aboard his boat while it was docked. So he told his PA to find him suitable accommodation in the city.

His budget? S$100,000 a month which roughly works out at £50,000 or US$80,000. Ironically, the problem his assistant had was in hitting the budget as she couldn’t find an available penthouse suite or apartment expensive enough.

While I shared the tale of my super yacht tour I mentioned that one of the jacuzzis had a TV screen that popped up allowing you to watch a movie or sport while you soaked in the tub.

But to be honest I would rather watch sport in a bar full of like-minded fans than a 115 foot super yacht. But then again I am from Essex.

Justin Harper is a former Daily Mail and Daily Telegraph business journalist who relocated to Singapore in 2010 with his wife and two sons. His articles on expat issues in Asia can be viewed at www.telegraph.co.uk/expat/