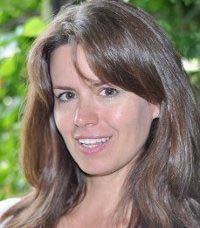 With the rise of reputable self-publishing systems we have also seen a rise in expat publications: novels, autobiographies, and how-to books are filling the virtual shelves.

Our expat lives are often so full of adventure and unique experiences that I can see exactly why someone might feel the desire to record their life for others to read. And we meet such a variety of people and hear their many versions of the Life Story that of course many of us feel compelled to create a novel (or several). And then there are the many ups and downs, the highs and lows of our adventures. And the sense that ‘if only someone had told me…’ inspires the idea that we could help others by creating a book on just this topic.

Are you one of those people? Have you written a book about or for expats? Or are you planning on writing one? Leave a comment below to tell us about it if you have!For some of us, the expat life has provided opportunities to write that we didn’t have back home. We don’t necessarily feel compelled to write about our expat life, but we do feel compelled and liberated to just write. I think it was Hemingway who said he could only ever write about a place once he had left it. I have been thinking about my past a lot lately and wrote about it in a post called Postcards from Before. I am not thinking about expat experiences, just life experiences, both expat and pre-expat years.

Does this describe you? An expat who writes, but not necessarily about your expat life? (Again, please tell us about it!)

I am doing both, sort of.

I am working on what will hopefully be the final draft of a book for unhappy expats. I see many people across different forums and sites who could use a little boost, a few suggestions, an idea or two on how to look at things differently that might make all the difference. I’m happy with the aspects that make it different to the other wonderful Expat Tip books already out there and I really do think it’ll help people (or else I couldn’t justify spending hours each day working on it!).

I am also working on a novel, but I am only in the outlining stages. Very briefly, it’s about a divorced woman who is rebuilding her life by helping someone else. But it wasn’t until I was describing the plot in more detail to a friend when I realised it’s about an expat woman. But it’s not an expat novel.

For me, a long-term expat, expat life is more than that. It’s about building a life overseas without the support of a network of family and friends, and how that lack of support can affect your decision-making and development. Long-term expat life is also about the changing relationship with your friends and family ‘back home’ as you begin to make your host country your new home. Long-term expat life is often also about how you respond to the lifelong identity of being different where you live—you may understand your host culture on a deep level, you may know the language well, you may eventually look like a local, but everyone around you still knows you’re not one of them.

I have always written and always wanted to be a Writer so for me the motivation to write a novel was more about ‘you want to write? Start by writing what you know’ rather than, ‘I’m an expat with adventures I think I’ll write about them!’

If I were to answer the title of this post, ‘has your expat life inspired you to write a book?’ I’d say that it has inspired me to write a two kinds of books; completely different, but completely mine.